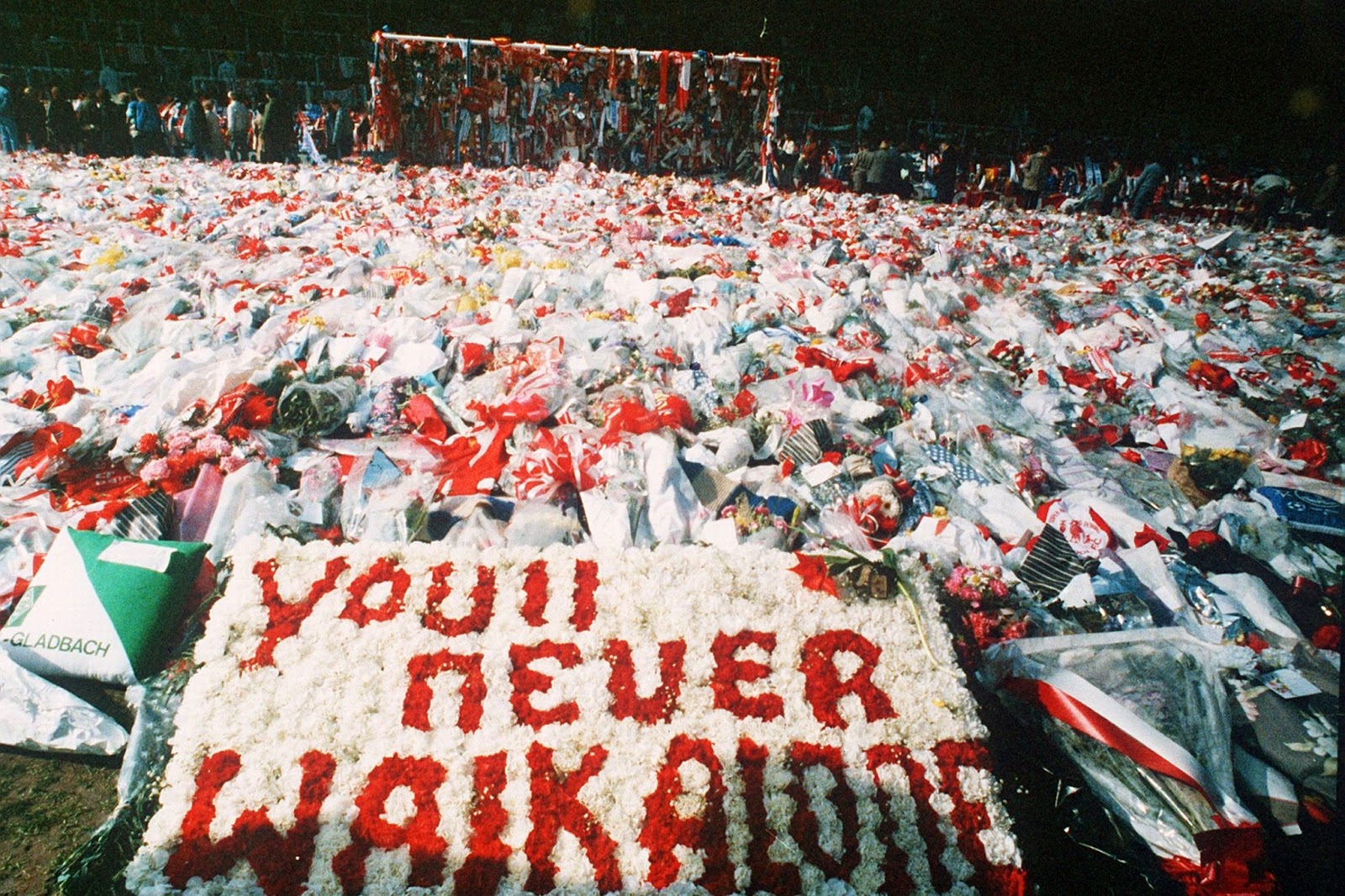 It took twenty years of campaigning by survivors to start a new inquest into the Hillsborough Disaster, the single biggest loss-of-life event in since World War II. The pain of its memory still runs deep; a couple of weeks ago there was a special service where a huge crowd attended simply to mark the anniversary of the relocation of the memorial, see: http://www.bbc.co.uk/news/uk-england-merseyside-30704062. In 2012 the authorities finally admitted that the cause of the tragedy had been a lack of police control; the original verdict blaming the victims was overturned. Now the subsequent inquests have revealed some explosive new facts, some of which I've covered before, see: http://hpanwo-voice.blogspot.co.uk/2014/09/hillsborough-cover-up-continues.html. The emergency response was "woefully inadequate" according to a doctor who had to step in and help people at the scene because he was the only person there with any medical training; luckily he had been there anyway as a fan watching the game, see: http://www.bbc.co.uk/news/uk-england-merseyside-30839237. What happened at the Hillsborough Stadium that day must surely have been declared a major incident straight away; at my hospital such events were declared within minutes of the first reports by emergency services. This did not happen at Hillsborough though. The local ambulance services, like most such services, had a special designed major incident response vehicle, but it was not deployed for over an hour, see: http://www.bbc.co.uk/news/uk-england-merseyside-30855839. A survivor of the worst of the crush in "Pen 4" reported that police actually tried to stop people escaping the pen. Some of the fans trapped by the fence started climbing over them in an attempt to flee the horror, but survivor Terence Mills said that police officers standing at the edge of the pitch stopped him. People eventually ripped holes in the fence themselves to get out. It seems that the police didn't realize what was happening and treated it as a containment situation, as if it were a riot, or at least that's what they claim. A private prosecution was brought against Sheffield's top policeman and commander of the match presence, Chief Superintendent David Duckenfield, but the officer was acquitted, see: http://www.bbc.co.uk/news/uk-england-merseyside-30984191. We've seen similar behaviour by the authorities before in several places in the , especially during the Katrina Disaster. FEMA, the Federal Emergency Management Agency, sealed off all the roads into and surrounded the city with armed forces; why not let those still alive leave the area instead of having to fend for themselves in the flooded city? Even when the actor and commercial pilot John Travolta loaded his plane up with medical supplies and flew them to personally, he was forbidden permission to distribute them. There's a report that the police attending the incident were briefed in secret after the disaster and told to get their stories straight; this allegedly happened in a pub, see: http://www.bbc.co.uk/news/uk-england-merseyside-30934575. I don't know if this story is literally true, but there's no doubt some kind of cover-up was initiated within the police force and local authorities. Also the police have been criticized for their decision to open the main gates to let more fans in, see: http://www.bbc.co.uk/news/uk-england-merseyside-30903104. We should ask ourselves exactly how far this cover-up goes; during the aftermath of Hillsborough The Sun published a story claiming that some of the victims had killed each other in their panic to escape, had picked the pockets of the dead bodies, attacked an emergency serviceman trying to resuscitate a dying fan and had also urinated on police officers. This sounds like another pathetic " baby incubator" story. Even by the usual standards of Rupert Murdoch's News International that is despicable. Luckily The Sun were forced to apologize when people in stopped buying the newspaper en masse; personally I wonder why anybody buys it at all, ever. At the first Critical Mass Radio Conference in 2012, where I was also speaking, the former police intelligence analyst Tony Farrell told us that the Hillsborough Disaster was perhaps more than simple incompetence; it was murder, see: https://www.youtube.com/watch?v=JQIxJFPPP1w. Tony speculates that there was a Satanic ritual element to that terrible day, and to be honest it wouldn't surprise me. Tony himself was discharged from the force after he stated in his terrorism assessment report for South Yorkshire Police that it was government false flag operations and not Muslim extremists that posed the greatest threat to public safety. He was suspended, given a psychiatric assessment and then sacked. This was despite the best efforts of his legal team, which included Ian R Crane, see: https://www.youtube.com/watch?v=Q2FEaR164gw. It baffles me why Skeptics insist that if false flag operations were real there'd be a queue of eager informants. The Hillsborough disaster is a lesson for anybody who thinks that "conspiracy theories are never proven true!"
Posted by Ben Emlyn-Jones at 18:25

Thanks for this post Ben. I agree that there is still much more to be revealed about the events of 15/04/1989. Although I did not attend the game, I was in Sheffield city centre and various pubs around town throughout the day, which was, in fact, my 21st Birthday and my memories of the day are vivid. I personally know and have spoken to many people who were witnesses to events therein, including Tony Farrell.
HPANWO readers, viewers and listeners may be interested to see this film for more info about Winton Cooper, Andy Hymas etc.
http://www.youtube.com/watch?v=yQsPiNZdz5U