The TV Licence is Dead 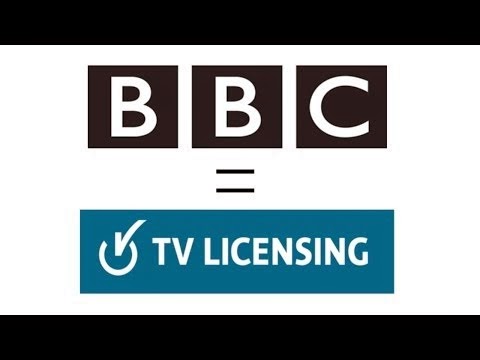 ... and may it burn in Hell. This uniquely British form of stupidity is happily on its last legs. A few months ago I reported that the government had been forced to decriminalize TV licence evasion because the courts simply didn't have the capacity to deal with the massive level of disobedience, see: http://hpanwo-voice.blogspot.co.uk/2014/03/tv-licence-change-in-law.html. As I explain in the link, the Jimmy Savile and Rolf Harris scandals were the last nail in the coffin, but questions over the TV licence go back right to its introduction in 1946. As I said, as far as I know, this system is unique to the and its territories; the state demanding that people pay for a licence simply in order to own a television set; this is despite the increasing level of commercialization in TV services. Until 2014 TV licence refusal or evasion was a criminal offence; the government agencies responsible produced frightening adverts to scare people into compliance, like this one: https://www.youtube.com/watch?v=74Cfdpu7fJ0. The revenue from the TV licence is almost four billion pounds a year and it is used to fund the BBC covering most of its budget. I suppose there might possibly be a vaguely justifiable case for it if the BBC produced any half-decent material. A lot of people, especially older ones, say all the time that the quality of television programmes has plummeted in recent years and I totally agree. The sad irony is that during that same time period the advancement in communications and entertainment technology has been inversely proportional. Today TV sets can have flat screens and be big enough to cover an entire wall; or they can be miniaturized to fit into your mobile phone. They can bring you thousands of TV channels in HD picture quality, interactive services and even 3D. Far more resources than ever before are spent on TV productions, yet nearly all of it is boring, puerile bullcrap... and that's being polite. I hope I don't sound old myself, but when I was a child our family TV set was a big black box with a fifteen inch glass screen; it had an aerial on top of it that we had to move at odd intervals to improve the signal. There were only a handful of channels with no cable or local services at all. Yet there were some programmes back then that lick today's drivel hollow. Dramas like Jewel in the Crown and Blakes 7. Comedies like Only Fools and Horses and . Nothing even approaching that quality has come out for many years. Another big difference between modern TV and that of yesteryear is that today there is far more propaganda involved. This can sometimes be very subtle and take the form of cultural Marxist themes in fiction and an adherence to political correctness. At other times it can be as blatant as a news story of one hundred percent concocted lies. The idea that we should pay for our own brainwashing is ridiculous and obscene; I wish I could refuse to buy the TV licence a hundred times over! Fortunately the system is completely imploding and it's only a matter of time before it will be officially axed. There is an unbeatable level of mass disobedience and any claims to the contrary from the authorities are nothing but empty bravado, and they know it, see: http://www.dailymail.co.uk/news/article-2587588/7-000-homes-block-visits-TV-licence-enforcers-Growing-numbers-taking-advantage-legal-loophole-means-threaten-sue-collectors-tresspass.html.
Posted by Ben Emlyn-Jones at 18:39

I can proudly say I have NEVER purchased a T.V licence in my entire life. I can also thankfully say that I never got caught too!.

Well done, X! I hope your impunity will act as an inspiration to others

I have not paid for a licence for the last 4 years.
I still own a TV and still watch live TV
I just came to my senses one day and thought to myself, if the BBC want me to pay to watch their services then they can always make their service subscription only and then I will decide whether or not to buy a subscription.
I will not ever again be forced by a corrupt paedophile ring to buy something I do not need.
If they continue to broadcast it to my home free of charge then that's up to them.
The easiest way not to pay is just ring them and say you are the occupier of the property, that you do not need a licence and that you are removing their implied right of access to their property and that if they set foot on your yard then you will sue them for trespass.
They will get all shirty with you on the phone but just stay in control of the call, tell the call handler firmly to shut up and listen if necessary and never ever give them your name or anything other than the adress and postcode.
Hang up the phone and ignore any further contact from them.
If they call at your property, answer the door with a video camera running and tell them to politely go awayagain do not tell them your name.
Without a name and an admission from you stating that you are watching without a licence then they are utterly powerless I guarantee.
Happy viewing, true freeview that is.