Michael Buerk on I'm a Celeb 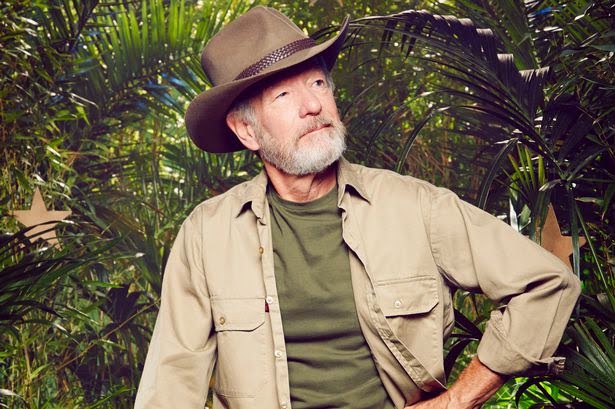 I don't have to remind regular HPANWO-readers of my low opinions of popular entertainment television, especially Reality TV, therefore it shames me to say that I am going to be following this year's I'm a Celebrity- Get Me out of Here!... bear with me... The reason is that Michael Buerk is one of the contestants. Obviously I think he's making a huge mistake taking part in this voyeuristic corporate humiliation-fest, but now that he has made that gross error I can only wish him luck because he is somebody I admire greatly. He is a veteran journalist whose coverage of the Ethiopian famine of the early 1980's inspired Live Aid; he also covered the release of Nelson Mandela from jail in . However the main reason I respect him is his brave, and virtually single-handed, stance against feminism in the media. For this he was very much maligned and unfairly branded an "old-fashioned male chauvinist" by his colleague Anna Ford for daring to complain about how male members of staff were being turned down for jobs and promotion based on their gender; if it had been the other way round and women were being treated that way there would have been uproar. He quite rightly raised concerns about how men are being mistreated in society in general and how men now face a serious attack on our civil rights, something that feminists deny exists; either that or they accept it exists and celebrate it. Most people consider it a non-issue or even justified. Michael Buerk wrote an essay called What are Men For? The answer to this rhetorical question is of course: nothing, except, as he says himself: "sperm donors". I have covered this subject extensively in the background links below. Buerk is also a very cultured man who dislikes the popular trash we see these days on TV... so why he is going on I'm a Celebrity...? Beats me! He also believes in quality news broadcasting and since he retired from the BBC, he has started disparaging contemporary newsreaders for being "overpaid autocue-reading lame brains!" Well said, Michael! So therefore I'll be supporting Michael Buerk wholeheartedly during his rumble in the jungle when it begins tomorrow, see here for details: http://www.itv.com/imacelebrity. Naturally, my advice to him is to quit before he gets there, but short of that I hope he copes alright with the bush-tucker challenge and doesn't end up in an arranged marriage with a glamour model.
See here for background: http://hpanwo-voice.blogspot.co.uk/2014/10/rape-axe.html.
And: http://hpanwo-voice.blogspot.co.uk/2014/07/women-against-feminism.html.
And: http://hpanwo.blogspot.co.uk/2007/11/reality-tv.html.
Posted by Ben Emlyn-Jones at 18:16