What next for Scottish Independence? 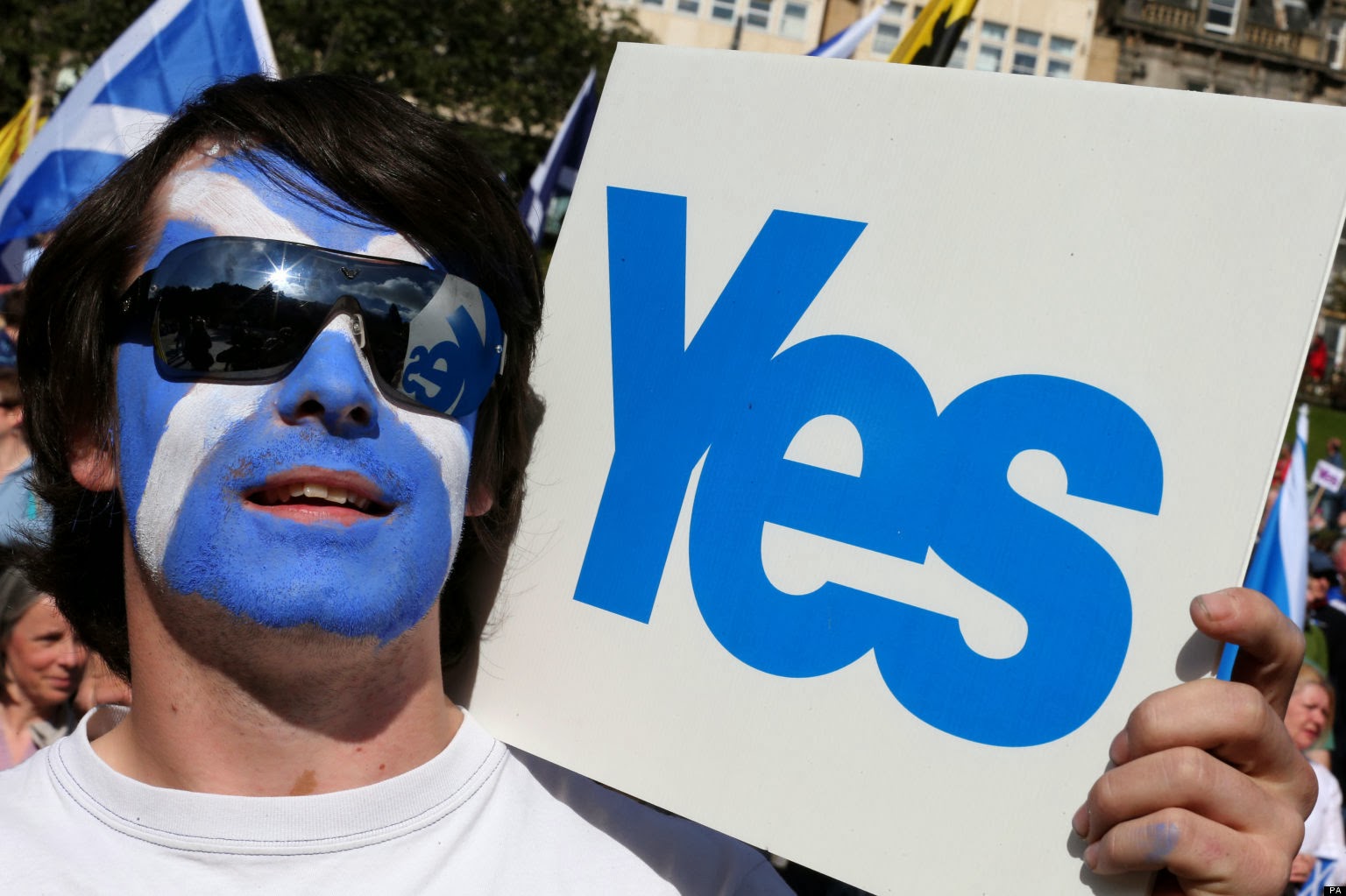 The famous Scottish comedian Billy Connolly has announced that he will not be voting either way in the upcoming referendum on Scotland's independence from the United Kingdom, see: http://www.bbc.co.uk/news/entertainment-arts-26233388. This makes him one of the few Scottish celebrities to sit on the fence over this question. Others have loudly announced that they are "'Yes' men" like the singer Annie Lennox, the comedienne Elaine C Smith and the actor Sean Connery. Others have spoken out against it, like rock star Sharleen Spiteri, the tennis player Andy Murray and football coach Sir Alex Fergusson. Indecision is often taken for weakness in this world, but should it? What right do we have to judge Billy Connolly? He's currently recovering from cancer treatment and looks and sounds somewhat frail in the video above; he describes himself as "old and cold" and that he's deaf and can't walk properly. What's more he might be one of many people who are now taking a step back from the approaching vote and rethinking; I sincerely hope so. I suspect that those in the public eye who have expressed a stance on Scottish independence might be doing so for the wrong reasons, those in both the for and against camps. As I've explained in the background articles above, I advise the Scots to vote "No". I'm not a flag-waving British Unionist, but I think that this offer of independence to is just a scam to get all the nations of the under the jackboot of the European Union.

At the moment the Scottish First Minister Alex Salmond and the UK Chancellor of the Exchequer George Osborne and locked in a row over what currency an independent would have. Salmond wants to enter into a currency union with the , a "Sterling zone". Osborne has opposed this as unfair and unworkable, see: http://www.bbc.co.uk/news/uk-scotland-scotland-politics-26225894. Reading through this list of arguments makes me suspicious that at some point a third alternative will be tabled: joining the Euro. This would mean it could take advantage of all the current Sterling-Euro trade deals and lift the burden of the 's economy subsidizing via a parasitic relationship. In fact I suspect that Alex Salmond's current bumbling "man without a plan" attitude is not accidental. We've had David Cameron jumping on that bandwagon; in fact it was he who coined the phrase. So has the former Chancellor Alistair Darling from the Labour side, see: http://www.bbc.co.uk/news/uk-politics-26226618, so once again it doesn't matter who you vote for, the government will win! The current status of 's relationship to the EU is pretty unclear... at least for public consumption it is... The European Commissioner Jose Manuel Barroso is doubtful over whether could sign up. However, as you can see in the background links, Salmond's position is stalwart; he envisions as being an active participating state of the EU and members of his own government are backing him up. What we might end up with is a new precedent in international law that could pave the way for other former regions of constituent states becoming independent of those states and then sidestepping all the usual wrangles of the EU membership application process. What's more, 's privileged position will be demanded by dozens of others, see: http://www.bbc.co.uk/news/uk-scotland-26219385. I think that this is why the nationalist movement in has escalated in recent years. And they're only one of many; there are also the Venetian separatists, see: http://rt.com/news/venice-protest-independence-rally-826/, and the myriad across former-Yugoslavia. All previous structures of European political and cultural identity are being broken up, not in order to free those who see themselves as chattel nations of larger countries, but to fragment any element of sovereignty that might have the power to resist forced and complete European integration. The plan is that once is ruled under a single totalitarian bloc, the equivalent continental authorities around the world can be united into a one world fascist/communist tyranny. Any Scot who votes "No" in the upcoming referendum is not a traitor against their country's longing for freedom from the last vestiges of an evil empire, they are the exact opposite.
Posted by Ben Emlyn-Jones at 12:08