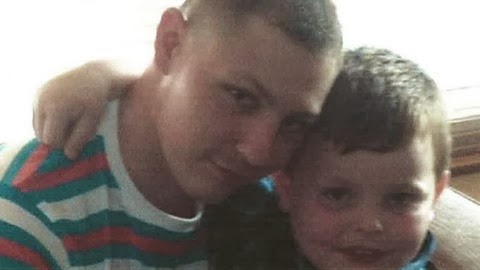 A recent news story I came across has upset me deeply, even more than the literal content of the report should normally do, see: http://www.bbc.co.uk/news/uk-england-london-26236820. This article I've written is highly speculative, but I do not apologize for that and I think my speculation is worth expressing publicly in this case. It seems to denote a psychological and cultural trend I've been examining for many years now, that of the perceived justification of oppression based on the ease by which said oppression can be carried out. In other words, in any parasitic or abusive relationship between two people, or two groups of people, the blame lies with the oppressed party, not the oppressive. Why is that? It all comes down to social Darwinism, a dark vision of mankind that projects onto internal human society the very same forces that drive the biological world in general: natural selection, "survival of the fittest" and "might is right". The morality of this philosophy is simple and stark; during your adult life, if you are violated in any way by any other man or woman then it is completely your own fault for allowing yourself to be violated. The violator is totally innocent. Your own vulnerability to violation is a weakness and transgression on your part; your abuse at the hands of another is your just punishment. Hopefully you will learn from the experience and become more resilient next time; and this resilience must include being an oppressor yourself, for the oppressor or the oppressed are the only two possible interactions any humans can have. I hear you scoff... but think about it! How often have you said, or found yourself thinking: "She really needs to learn to stand up for herself!" or: "Anybody so stupid that they'll fall for a conman like that deserves everything they get!" How are these phrases, in essence, any different from the rapist saying: "She was asking for it!"? There was a Porter at my hospital who was part of a Gen-shift section of four Basics and a Senior, yet he used to do half the work on his section single-handed. He would end every shift exhausted to the point of unconsciousness, even on quiet days when the others would be cooling their heels in the lodge. I once challenged the section about their behaviour and their reply was extremely revealing; they all said, even the Senior: "It's his fault, he lets us do it!" Is social Darwinism an inevitable part of our biological make-up? Are we hardwired for it? Are we talking about an unchangeable thing which is "just human nature, Mate!"

Despite the title of this article I have no idea what motivated that group of young men to plan the robbery and murder or Dean Mayley; sadly the purpose of our legal system is merely to deal with the questions "what" and "who", never "why?". I gave the article the title that I did because of my feelings for the TV soap opera EastEnders, or as I like to call it, TavistockEnders. This is a programme loaded with multiple themes which promote social Darwinism; there are numerous storylines in which characters who are timid and socially vulnerable who are exploited and abused by other characters who are harder and more aggressive (I won't use the word "strong" because it's inaccurate, even though it would be on most people's lips in that sentence), and this state of play is accepted and even championed. TavistockEnders is definitely not the only offender, there are numerous others; in fact social Darwinism is the basis of most Reality TV series, see: http://hpanwo.blogspot.co.uk/2007/11/reality-tv.html. It's very likely that Ryan Beresford and his fellow defendants have been subjected to some of these TV shows over the course of their childhood and teenage years. When we see Phil Mitchell shoving somebody's head down a toilet, does anybody really imagine that nobody is going to think of a person in their own lives to whom they are able to do the same, and not say: "Well, we better do it then!" TavistockEnders portrays the bullying, exploitation and humiliation of other human beings as justified; not only justified, but glorified and glamourous. What Beresford and his accomplices did was in line with what an Alpha-male TavistockEnders character would have done, even if they were not consciously incited by it. Unless we wake up to all this, then a time is coming in which Beresford et al wouldn't even be charged; their actions would not be considered a crime. Indeed, they've provided a worthy service to the New World Order by ridding society of a "useless eater". 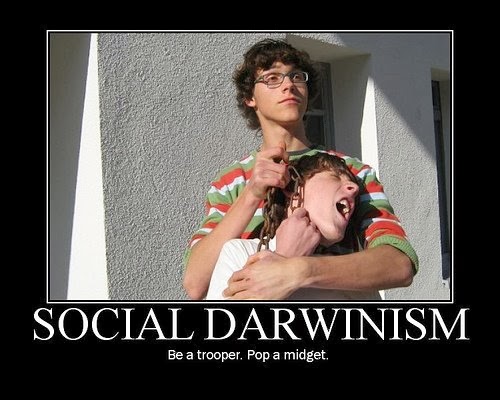 You might argue that I'm an idealist who simply dislikes what is quite plainly true and doesn't want to face up to it, but if you do then I have one question: Why is it that this “just human nature, Mate!”, this "natural, survival of the fittest, Man!", requires constant maintenance? The manipulators jump through hoop after hoop and sweat buckets in their effort to keep us at each other’s throats. If it is a natural and inevitable state of affairs, why don’t they just sit back and watch the show as we tear each other to pieces? I think it's the other way round; I think it is social Darwinists who are the idealists. Being a social Darwinist is an enormous weight off one's conscience because it means you never ever have to do anything that is motivated by ethics; and, in my view, this is the psychological reason why some people are drawn to it. You can do anything you want and just shrug your shoulders and say: "It's a dog-eat-dog world, Mate!" That is why this article will make uncomfortable reading for those kinds of people. I can hear them now: "Shut up, Ben!... I don't want to hear it!... I don't want to know!... I don't want to believe that this might be true!" But unfortunately what you want to be true, or untrue, has no bearing at all on what is, or is not, actually true. You can deal with it... or you can bury your head in the sand and pretend it's not there. If you do that then you are acting exactly the way the New World Order wants you to! This subject has lately become a visible subtext of society, even among those who don't acknowledge it knowingly. This is because we feel that we are on the brink of some kind of apocalypse; the "collapse of civilization", "Leviathan will eat itself,", the "downfall" etc. This may be due to predictions of peak oil, climate change, economic catastrophe and many other nightmarish scenarioes, or a combination of them. The vision of a world in which refrigerators don't work, the taps don't give water and there's nothing on the supermarket shelves has made people ask: "what then?" The question of millions of people fighting over a few scraps has slapped the concept of social Darwinism right into our faces. Of course, in such an eventuality Phil Mitchell would prevail. But the mindset that leads to this understanding has been installed by the government media, it's not just something that has emerged with the prospect of the Apocalypse looming. Why is that? Why would the government media need to get us thinking about the Apocalypse before it's even happened? They've even filled our heads with images of zombies, see: http://hpanwo-voice.blogspot.co.uk/2013/12/ben-emlyn-jones-live-at-truth-juice.html. I think this is because the Apocalypse, and everything associated with it, is not something inadvertent that is just an unintentional side-effect of our human activities; it is something artificial that is being engineered. All the feared causes of the Apocalypse, the energy crisis, environmental destruction, war, famine, disease etc, are created deliberately and purposively, and therefore can be stopped if the agenda to create them can be exposed, see: http://hpanwo-voice.blogspot.co.uk/2013/07/earths-population-reaches-7-billion.html. If the manipulators of this situation have their way then the propaganda of social Darwinism will be vitally important during the aftermath of Apocalypse. It may surprise you, but when the shops are empty and people are trawling the streets with iron bars and raiding each other's houses for the essentials of survival, images of Phil Mitchell, Sir Alan Sugar yelling "You're fired!" or "You are the weakest link, goodbye!" will emerge from those carefully-implanted lockers of our subconscious. Out of the chaos of the Apocalypse will emerge the order, a New World Order, and social Darwinism will be one of the bricks of its foundation.
See here for important background information: http://hpanwo-voice.blogspot.co.uk/2013/12/channel-4s-psychopath-night.html.
And: http://hpanwo-voice.blogspot.co.uk/2012/11/thats-just-human-nature-man.html.
And: http://hpanwo-tv.blogspot.co.uk/2011/12/bullies-are-innocent.html.
And: http://hpanwo-voice.blogspot.co.uk/2013/08/savages.html.
Posted by Ben Emlyn-Jones at 18:11

Hate Eastenders with a passion. Tavistenders is bang on the money. I actually notice people acting like they are in a soap - not just the expressions of social Darwinism, but more subtly, in their facial expressions and need for constant drama.

True, Anon. The slogan is "everybody's talking about it". The BBC will claim that TavistockEnders merely reflects society, but I think it's more often the other way round.

You just wait 'til Peggy hears what you've been saying, son. I'll deck you and I'll bed your wife!

I've decided to be a bit more philosophical this time. Doctor Legg says I've gotta stop punching for a fortnight (arthritis, you know).

What you perceive as bullying is what I like to call 'normative equality'. We can't just have any soft sod poncing around the street, you know. We're not really trying to create a superman, it's more like the 'incredibly bland' man (or woman). So before you accuse anyone of being a bully again, just remember, bullies are normative activists.

I'll differ with you on that. What you describe as "normative" is something that requires constant incitement and indoctrination. This is social engineering for a sinister purpose.