UFO under Temple in India 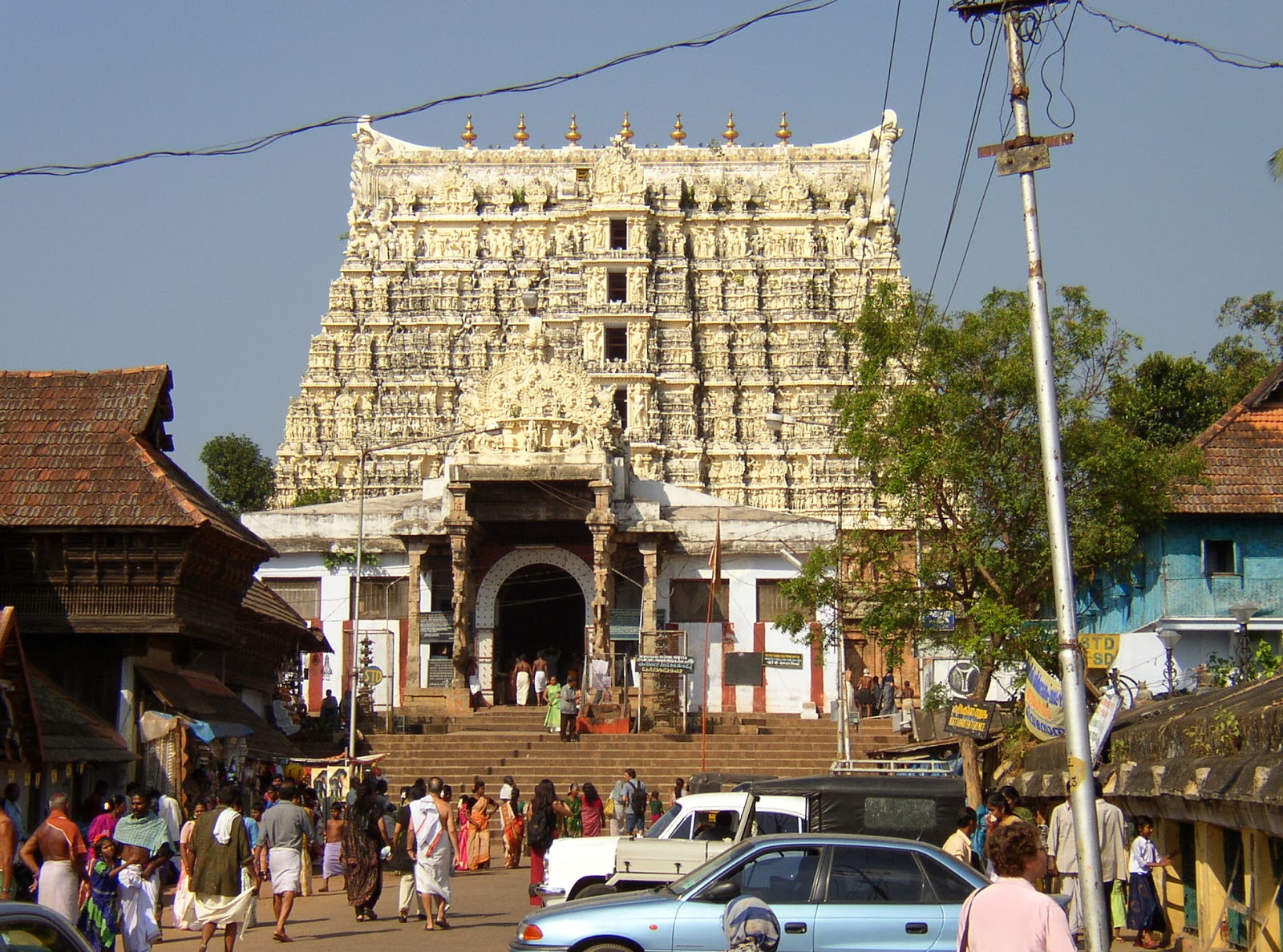 One of the most extraordinary and mysterious buildings ever constructed is the Sri Padmanabhaswamy Temple in Trivandrum on the far south coast of India opposite the island of Sri Lanka, in the state of Kerala. One of the wonders of the world, its origins lie hidden by the mists of time, yet its oldest shrines can be found in records dating back to the 9th century. It was dedicated to the Lord Vishnu and the centrepiece is a sublime statue of Vishnu reclining on the back of a snake with five heads called Adisesha, the Serpent of Contemplation. The inner temple, known as the "Sanctum Sanctorum", can only be entered by devout worshippers who follow a strict dress-code. The biggest enigmas of the are the famous underground vaults or kallaras which lie within the twenty foot thick stone foundations of the main shrine. There are six vaults, labelled A, B, C, D, E and F, and there are endless tales and legends associated with them, the presence of great treasures and ancient manuscripts. However vaults C to F are only ever entered by the Mantrikas, the high priests of the , and they are bound by a strict code of silence regarding anything within them that they tend.

The is run by a trust headed by the Royal family of . The incumbent King, or Maharaja, of has stated that the underground section of the is a holy place, a bit like the Tabernacle in the Bible, see: http://hpanwo.blogspot.co.uk/2011/12/ark-of-covenant.html. However in January of 2011 he lost a case in the Kerala High Court against a lawyer and devotee of the , TP Sundara Rajan. Rajan has demanded that the vaults all be opened and inspected in accordance with government regulations. The King went to the Supreme Court of India to try to overturn the verdict, but he failed and in July of 2011 the doors to vaults C to F were opened in the presence of a seventeen member committee made up of government officials and a German travel journalist, Thomas Ritter. It turned out that the legends were true; the vaults contain a vast hoard of golden coins, silver jewellery, statues made of gold and studded with diamonds, rubies and emeralds. There were countless other items of phenomenal monetary and historical value. The newest items are French Napoleonic cash, but there are also Roman and other kinds of coinage dating back much earlier. A detailed inventory was collated of every object and then management of the vaults was handed straight back to the priests. But for the sake of security the Kerala government immediately deployed police commandos to guard the twenty-four-seven. A few weeks after that, vault A was opened for the first time in several centuries, with some trepidation, it too contained priceless antiquities of heritage; the inventory of this vault is still in progress. However the inspection was not completed; vault B was not opened. Despite the Supreme Court order enabling them, Rajan's committee decided to postpone the opening of vault B, or the Mahabharata Konathu Kallara, as it is also known. This particular vault has never been opened in living memory and there are no records of it ever having been opened. It is sealed shut with a heavy solid cast iron door without a latch, so opening it would be extremely difficult. It would probably require the use of heavy industrial methods, like explosives or a blowtorch, to force the door, in doing so badly damage it. The priesthood has advised against this and the court has temporarily withdrawn its consent. According to lore, the door was originally shut and locked by the divine power of Lord Vishnu himself, wielded by the priests of long ago chanting special prayers called Naga Bandham and Naga Passam mantras. The only way to open the door is to chant what is known as the Garuda mantra. However there are said to be no priests in today who are qualified to chant that prayer and so the door cannot be opened until there are. There is an emblem carved on the door of a cobra, the symbol of something sacred and forbidden. The priests' advice to the committee is not just because the interior of vault B is especially holy, although it undoubtedly is; it's that forcing their way into the vault could be extremely dangerous. 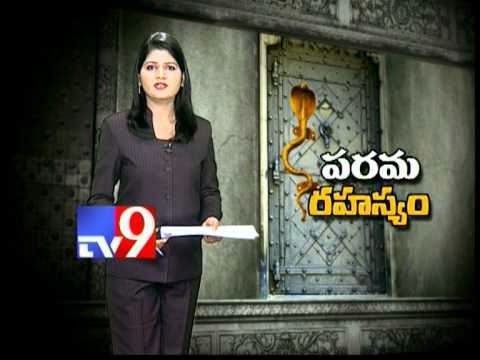 There are no English language news spots on this subject that I can find; here's one in the local vernacular of Kerala: http://www.youtube.com/watch?v=5Mm7LyzfbIc. I only learnt about this from an article written by the above mentioned Thomas Ritter published in Nexus, see: https://www.nexusmagazine.com/products/nexus-magazines/volume-20/nexus-vol-20-no-3-apr-may-2013-detail. Speculation about what lies within vault B is rife, as are the consequences of any wrongful breaching of the door. It might contain a vial of toxic chemicals or deadly bacteria. Another possibility is that it is flooded; the vault is simply the end of a tunnel that is filled with seawater from the nearby . If the door were forced, the water would burst forth and drown whoever did it. The priesthood is adamant that the result would be a catastrophe wreaked by Lord Vishnu on and even the entire world. Another theory is that the vault contains an extraterrestrial artefact. It's not unknown for items that fall down to Earth from space to be venerated by religious institutions. The sacred black Kaaba Stone in the heart of , and the focus of the entire faith of Islam, is probably a meteorite; and Credo Mutwa, the Zulu shaman, showed his necklace to David Icke and said that it contained "stones from another world", see: https://www.youtube.com/watch?v=QdZHCVvZbTY. Would artificial objects from out in space raise the same sacred instincts? Almost certainly. It's possible there might be something even stranger in there, like a stargate. The last unopened kallara might also contain a vimana, an object that the UFO community has heard a lot about in recent years. Vimanas are flying vehicles that are included in the Rigveda, 's oldest and most fundamental text and many subsequent Sanskrit epics. These aircraft are described in great detail, being piloted by both men and the gods. They are extremely powerful, able to fly right up into space, and are armed by weapons of terrible destructive potency. There are even instructions on their design and that the energy that propels them comes from pure mercury. This could be why a German U-boat was captured off the coast of just after the end of World War II carrying a cargo of mercury. Nobody knows where the submarine had come from or where it was heading, but the Nazi's were experimenting with esoteric anti-gravity power generators and levitation devices in the latter stages of the war, see: https://www.youtube.com/watch?v=skiOOKmB7GU. After the war we don't know what happened, but it's conceivable that the victorious Allies managed to obtain the results of this work via Project Paperclip and carry it on in secret in their own countries. If the mystifying and clandestine vault, deep below the great in , contains a vimana, or anything similar, whether built here on Earth or somewhere else, you can bet that the security in the compound will intensify considerably, and the opposite will happen to any news reports. Also visitors in dark suits from the or other countries might arrive on the scene. If this happens then it means that no catastrophe took place. We can at least take comfort from the fact that the door was opened properly without pissing off Lord Vishnu.
Posted by Ben Emlyn-Jones at 20:28

MR Ben,
I am from kerala, india .and well aware of the temple, were we all worship.

Its true that all the belogings of this temple is not known to world . but one thing of sure . No UFO's related. our ancestors belong to the oldest civilisation in the world. and the temple belonged to the indian king who had a huge fortune. old royal family do have treasures not known to outside world.

Dear Mr. Ben,
Honestly, I think it would be a very bad idea to open tbe vault. It sounds like a Pandora's Box situation: forbidden entry and beware! Besides, the contents belong to Lord Vishnu. Hare Krishna and hello from England :)