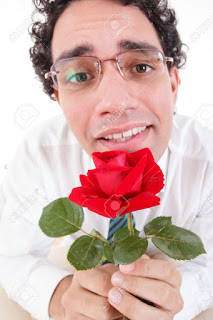 I've received an angst-ridden letter from somebody whose name I won't divulge, but I'll call him "Eric". It goes: "Hi Ben, I wonder if you could tell me the answer to something that's really bothering me. Why do women never date nice guys? I'm a nice guy and continuously single. I'd really like to have a girlfriend, but women are not interested in me. They just get hot for complete arseholes..." I won't repeat the rest of his email because it's too painful to read. The reason it's painful is because it resonates with so much of my own youthful torment. Eric is uncannily similar to me, or at least how I used to be. My memories of that period of my life are still distasteful to recall. I don't know how old Eric is, but I get the impression he is much younger than I am, possibly still a teenager. Of all the correspondence I receive from readers, listeners and viewers from the world of HPANWO, I never thought I'd be dropped into the role of agony aunt. This has come at a bad time for me because my own relationship of eight years ended a few weeks ago. Still, I composed a reply to him:
Hi Eric.
Thanks for writing and I'm sorry you're finding the world of dating and romance so frustrating. I know exactly how you feel, more so than almost any other person I've come across. Coming to terms with your predicament will mean facing up to some very unpalatable facts and also this will mean you will need to be tough and not lose hope. I too am a nice guy, or "beta male" to use the more fitting terminology and have had the identical problem. The first thing you must do is avoid feeling envious and bitter at the men who are more successful with women than you are. They are not "arseholes"... well, not all of them are. They are simply "alpha males". Being an alpha male is not a bad thing or character flaw. It is simply who they are, just like being a beta male is who we are. Alpha males can become good men if they succeed at their own challenges; this usually involves avoiding being arseholes! By that I mean channelling their natural egotism and aggression into a positive force. They can be great leaders, sportsmen, warriors, explorers and adventurers (not that you have to be an alpha male to do these things; it just means you possess an inherent advantage). The majority of women are naturally more attracted to men like that because they are more masculine. That's life I'm afraid. You can't change that and it would be wrong to even if you could. It's important not to feel angry at these women; they are only doing what comes naturally. The second thing you must do is not give up on being yourself. I bet anything your friends have at some point told you: "Eric, you've got to stop being so nice!" That's what my friends did to me and I believed them. I tried to stop being nice and that was a huge mistake. It didn't work. It did more than just not work; it turned me into a monster. I had to go back to being a nice guy again and when I did it was a huge relief. You cannot go against the fundamental nature of your being and if you try you will destroy yourself. I'm glad I came through that terrible period of my life because I then realized the good news. At the beginning of your email you wrote: "Why do women never date nice guys?" but it would be more accurate to ask: Why do women date nice guys much less. Women are not just components of a uniform whole; they are all individuals, just like men, who have different needs and desires at different phases of their lives. Once I found a way to accept myself and be at peace with my niceness, I discovered that some women actually do date nice guys. A minority, sure, but they are definitely there; and sooner of later you will come across one who will be attracted to you. She will probably be quite a lot older than you. Somebody who has been through the high-speed helter-skelter of youth, but has now become calmer and mellower as she has matured. She will be more understanding and accepting of what you have to offer her, things that the men she knew previously could not give her: tenderness, respect, intimacy, caring, companionship and; yes love. She might have children around your own age, but that doesn't matter. She may still want to settle down with you and maybe even become a wife and mother again. You can still be a good stepfather to her existing children even if you are not much older, or even younger, than they are. I'm not saying that this is the one answer to your life. It's just what I have discovered through my own experience. You've asked me for my advice and I've given it to you. It could turn out that the solution you find is totally different to the one I've suggested here. Either way I wish you luck; and also, more importantly, I wish you strength.
Best wishes.
Ben
I hope that helps him. I feel uncomfortable getting involved in matters like that. After all I'm not a trained counsellor, but what he wrote to me really moved me. He sounds like a decent young man and I hope he finds happiness; hopefully with somebody else, but, even more importantly, with himself.

After I read the letter out on HPANWO Radio, see: http://hpanwo-radio.blogspot.co.uk/2016/11/programme-213-podcast-sandra-daroy.html, somebody else wrote to me about it; I'll call her "Liz". She said: "I think that women will go for either an alpha or a beta male if their income and lifestyle permits, ie £75,000+ per year. The real reason why that kid can't get girls is the increased level of brainwashing in women. They now only go for corporate whore slave men in Mercedes lol. Remember the mind controllers worked out that they couldn't mind control men as easily as they didn't try new things. Women however do, plus the controllers said if you threaten the kids the women will do anything... You should send him Mark Passio's last talk on the unholy feminine ;) https://www.youtube.com/watch?v=65GNSDDnh_8. Xx." I'm not sure I agree that women are easier to mind control than men, but I respect Mark Passio. It's amusing to talk to a woman who is even more of a radical anti-feminist than me. It's wonderful that more and more women are turning away from feminism. If anything they can usually sniff it out long before men do. Because they're allowed to see a side of it men are not, they can understand feminism better; with its false promises, warped worldview, its incitements to acts of brutality, its glorification of injustice. All the most prominent men's rights activists are women, like Alison Tieman, Dr Tara Palmatier, Janet Bloomfield, Suzanne Venker. In fact if you're a man and you attend a men's rights gathering, such as a screening of Cassie Jaye's The Red Pill, see: http://theredpillmovie.com/, you may feel like you're invading a female space! Because of the dominance of feminism in society, it has failed to realize something very important: a young man is a very fragile thing. Society treats them as unbreakable rubber balls that you can just throw against the wall as often as you like, but they're not. I hope Eric will not be thrown anywhere.
See here for more information: http://hpanwo.blogspot.co.uk/2008/07/grimlys.html.
And: http://hpanwo.blogspot.co.uk/2014/01/gone-to-seed.html.
And: http://hpanwo-voice.blogspot.co.uk/2016/10/adx-files-38-women-in-ufology.html.
And: http://hpanwo-voice.blogspot.co.uk/2014/05/a-friend-to-all.html.
Posted by Ben Emlyn-Jones at 17:56

I wish I knew where you find the nice guys. Certainly they seem to be few and far between, especially as you get older.

They're out there, Elaine. Keep looking! Good luck :-)