Back to the CCS 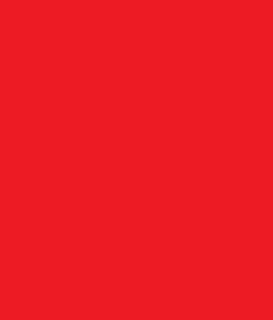 I've been accused of being a "fascist!" so much lately, for example see: http://hpanwo-voice.blogspot.co.uk/2016/08/trystan-swale-and-my-perceived-racism.html. However I'm a great believer in universal free speech and I'm willing to engage with any political idea and any of the people who promote them. In fact last night I attended a leftist meeting. In May 2015 I was very impressed by the Oxford Communist Corresponding Society because they were the only organization in the city willing to discuss the notorious Roswell Slides, see: https://hpanwo-voice.blogspot.co.uk/2015/05/oxford-communists-and-aliens.html. This time the event took place in the function room of The Mitre, an ancient hotel in the heart of . The discussion was about the collapse of the political centre left across the world in the last few years. The centre left is what the group called "the kinder face of capitalism"; the idea that the capitalist system, to use their terminology, can be run in a watered down and more humane way. It has recently declined enormously in almost every country. This can be seen in the collapse of parties like the PvdA in the , the failure of Hillary Clinton and the Democrats in the , and Francois Hollande in ; and the fall of the Greek monopoly of the PASOK party. In 's case the Labour Party has not collapsed, but it has shifted abruptly and radically to the left with the leadership of Jeremy Corbyn, see background articles below. The right has rushed into the vacuum left behind, such as Geert Wilders' Freedom Party in the Netherlands, UKIP; and Donald Trump of course. I pointed out a very perceptive observation made by the palaeo-conservative journalist Peter Hitchens, that the New Labour project has been adopted so incredibly seamlessly by Cameron's Conservative Party that there is no longer any need to associate it with Labour. The last few New Labour die-hards like Tony Blair will probably eventually split and form their own party, or simply become liberal Tories. I also mentioned something that I've brought up on HPANWO many times, that I understand the emotional appeal of politicians like Corbyn, Trump and Bernie Sanders. They're just so much more exciting! Mainstream politics is inherently dull. As I've said before, it is geared towards maintaining a status quo which means it riles against revolutionary change; this is essentially a very monotonous position to hold. "It's just another day at the office" said one of the other people when he described what it would have been like if Hillary had won the presidency. Trump, Corbyn and Sanders are clearly in politics for idealistic reasons and to have people like that in such a prominent position is thrilling. Supporting them is an adventure. It was a good meeting and the members are genial people who were very welcoming and respectful to me. I had a good conversation with Edmund Griffiths who spoke at the Roswell Slides event. We discussed the outcome of the Slides fiasco, see: https://hpanwo-voice.blogspot.co.uk/2015/05/my-last-word-on-roswell-slides.html. Also he said something interesting about Michael Shermer, see: http://hpanwo-tv.blogspot.co.uk/2016/08/michael-shermer-update.html. It was wrong of Shermer to regard his personal paranormal experience as more valid than others. His was a fairly minor encounter compared to those reported by many other people which he has rejected. Unlike Ed, I do think there is some objective reality to the supernatural, but I totally agree with his analysis of Shermer. Either explain away the evidence for these experiences, your own and others; or accept the evidence as real. You can't have it both ways. I see Ed has written a book. I'll have to get a copy; regular readers will know how much I love analyzing skeptic literature, see: http://www.edmundgriffiths.com/index.html.
See here for background: http://hpanwo-voice.blogspot.co.uk/2016/09/jeremy-corbyns-seat-to-be-abolished.html.
And: http://hpanwo-tv.blogspot.co.uk/2016/11/president-trump.html.
And: http://hpanwo-radio.blogspot.co.uk/2016/11/programme-210-podcast-us-presidential.html.
And: http://hpanwo-voice.blogspot.co.uk/2016/10/hypernormalisation.html.
Posted by Ben Emlyn-Jones at 23:09