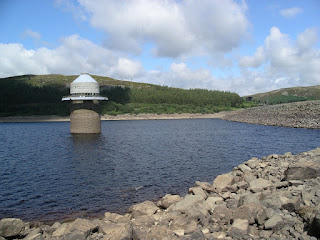 The march of "progress" has trampled over many people and places on its relentless and rarely-questioned journey. One of these is the most infamous event in the modern history of , but is almost unheard of beyond its borders. In 1956 the Westminster Parliament read a private members bill introduced by Liverpool City Council for the construction of a reservoir to bring more water into the city for domestic and industrial use. The government passed the bill and drew up plans to build it in the lower Tryweryn valley in Gwynedd, . The new reservoir would be two miles across, a hundred and forty feet deep and have a capacity of eighteen billion gallons of water. It also has a hydroelectricity power station able to generate 4.38 megawatts. There was just one problem; there was a village in the valley. It was called Capel Celyn and was home to sixty-seven people. The village was also famous as a stronghold of traditional Welsh culture. It had a unique Quaker cemetery and was completely Welsh-speaking; some of the residents being among the last monoglots- those who couldn't speak English. This was at a time when the Welsh language was in decline and was disenfranchised from most of officialdom. There were genuine and justified fears that it would become extinct like so many other languages have. Happily this never happened and today Welsh is thriving, but in those days most Welsh commentators were very pessimistic about the future of their tongue. The Capel Celyn residents protested; the photograph below is of the Tryweryn Defence Committee marching in . All but one of the Welsh MP's in Parliament voted against the bill, and even the odd one out was an abstention not a Yes. The water from the reservoir does not feed any part of and is pumped straight to and the Wirral.

Construction on the dam began in 1960 and in 1965 the river Tryweryn was diverted into the new reservoir. Capel Celyn's houses, the school, the farms, the famous chapel and cemetery, and over eight hundred acres of land were permanently inundated. The villagers started a riot and somebody even planted a bomb at the pumping station. The police moved in to crush the demonstration and the former residents had no choice but to watch as their old homes were covered forever by the grey lapping water. When dealing with the cemetery the government offered the villagers a choice; they could leave the bodies of their departed in the ground or they could exhume them and rebury them in new graves on dry land. Eight chose the latter. The government promised to preserve the cemetery by covering it in gravel and concrete, but as these divers' pictures show, this promise was broken, see: http://thepostmortempost.com/2015/07/13/the-underwater-graveyards-of-tryweryn-valley-wales/ (Thanks to Scott Felton for finding this). The images are stills from this heart-rending clip of a BBC documentary called The Celts; Enya produced the soundtrack for it, see: http://www.bbc.co.uk/programmes/p00gmpjm. The track is called Dan y Dwr- "under the water". The destruction of Capel Celyn has also inspired songs by Welsh musicians like the Manic Street Preachers and Los Campesinos!. I myself include a reference to the tragedy of Llyn Celyn in my first and somewhat lesser novel Evan's Land, see here about a third of the way through: http://hpanwo-tv.blogspot.co.uk/2010/11/evans-land-audio-book.html. The story has also become a rallying call for Welsh nationalist and civil rights activists. Plaid Cymru membership soared as a result. The graffiti slogan Cofiwch Dryweryn!- "remember Tryweryn!" can be seen throughout to this day. The reservoir was solemnly christened Llyn Celyn- "holly lake", and that name has a very dark cultural potency in . To Welsh ears it echoes similarly to "the Holocaust", "the Blitz" or "the ". Unsurprisingly and correctly, Llyn Celyn is regarded as a national and cultural issue in , but it is not the only example and perhaps other similar incidents deserve recognition too. I think all villages are cultural treasures wherever they are. Grafham Water in Cambridgeshire was created at about the same time as Llyn Celyn and is of a similar size and design. A village was also drowned to make that. In fact I know somebody who lives near there who realized that the propaganda about the drought of 2013 was a lie because Grafham Water was full to the brim the whole time. She knows when the water level gets low because the steeple of the old church in the village protrudes above the surface. Presumably the people who lived in that village had to face a similar ordeal to those who lived in Capel Celyn. 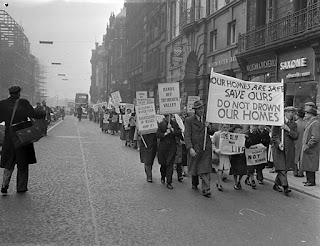 Thank you for sharing Ben