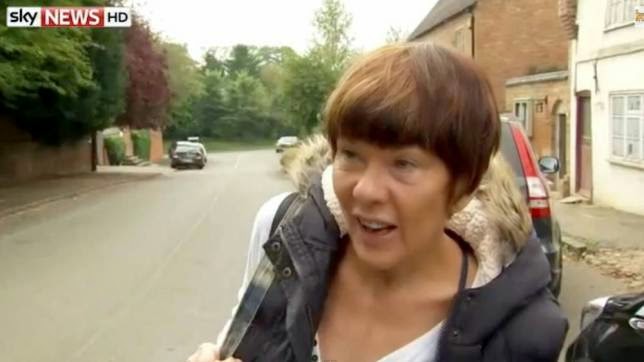 A woman who had purportedly being harassing the parents of the missing child Madeleine McCann has been found dead in a hotel room at near . No details of Twitter user Brenda Leyland's death have been released except that the police claim there are "no suspicious circumstances", see: http://www.bbc.co.uk/news/uk-england-leicestershire-29501646. In the attached BBC Radio interview psychologist Dr Arthur Cassidy doesn't think Ms Leyland had the psychological profile of most internet trolls. I'm not familiar with the content of Ms Leyland's Tweets, but I don't assume that when they say "targeting internet abuse" etc, it means that literally. Remember Chris Spivey was arrested in his home in front of his children and baby granddaughter for "harassment" which just involved writing blog articles, see: http://hpanwo-voice.blogspot.co.uk/2014/08/chris-spivey-arrest-whos-next.html. Perhaps all Ms Leyland was doing was questioning the establishment line on the subject. The case of Madeleine McCann is extremely mysterious and controversial and the attitude of Madeleine's mother and father, Kate and Gerry McCann, indicates that they have some explaining to do. There are an almost unbelievable anomalies in the official story and the investigative practice into the girl's supposed kidnapping in May 2007. Richard D Hall has recently produced a three-hour film and has been delivering some live lectures on the subject of Madeleine McCann, see here for details: http://hpanwo-voice.blogspot.co.uk/2014/08/richplanet-live-in-london.html. I'm not yet suggesting that there was necessarily foul play involved in the death of Brenda Leyland, but it still behooves us to keep an eye on this story in case any more information comes to light.
Posted by Ben Emlyn-Jones at 17:29

Another victim of the self-appointed Stasi posing as information outlet.

The term 'troll' is a quick and easy recipe for groupthink.

Her name will be further abused in death by those who yearn for censorship and who will only succeed in censoring themselves (and the rest of us).

...and Chris Spivey has been arrested again it seems

Yes, Chris Spivey was arrested again yesterday. This time, they battered his front door off it's hinges and handcuffed him. Apparently, he was taken to Southend nick and interviewed by CID. Thankfully, he was released at silly o'clock this morning and returned home.

Things seem to be coming to a head...

Not again!? Poor Chris. Damn the state for its censorship and imposition of thoughtcrime. Who'll be next???