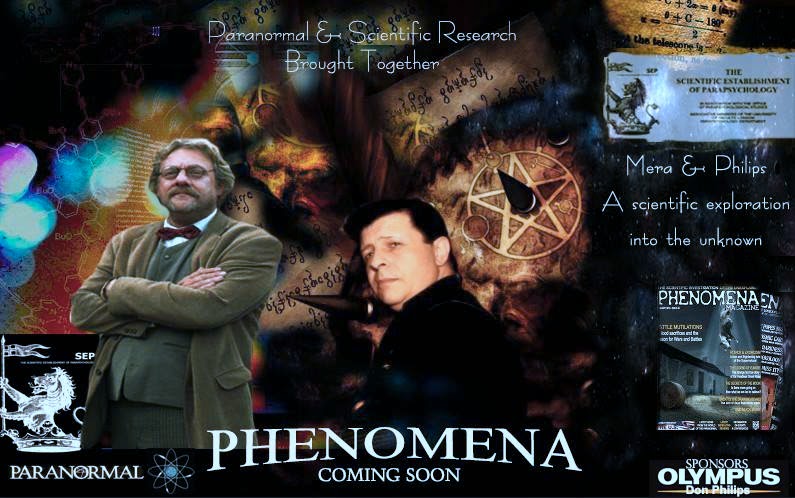 I have hosted a brief hangout with the paranormal investigators Don Philips and Steve Mera about a new TV programme they were working on together, see: https://www.youtube.com/watch?v=vm8owjO0xwA. The programme- Phenomena- a Journey into the Unknown will be a five-part series marketed for prime time mainstream television. Unlike most TV shows about the paranormal, Phenomena is intended to be an honest and scientific study of ghosts and associated matters. Don and Steve are determined to keep and fakery and sensationalism out of their production and give the viewer a brand new experience that will get them thinking, rather than just hiding behind the settee. Phenomena will bring the supernatural into the twenty-first century where it is treated as a sensible hypothesis which the viewer can analyse rationally and respectfully. As regular HPANWO-readers will know, I am very dubious about mainstream television's willingness and ability to portray subjects like this fairly and honestly, but I have no doubt in the integrity of Don and Steve, and that they will not compromise it for the sake of airtime and ratings. If Phenomena does hit the screens, then it will be in the form that those two men want.
See here for a HPANWO Radio with Don: http://hpanwo-radio.blogspot.co.uk/2014/02/programme-76-podcast-don-philips.html.
And here for a HPANWO TV interview with Steve: https://www.youtube.com/watch?v=U81u057HVK8.
Posted by Ben Emlyn-Jones at 20:08