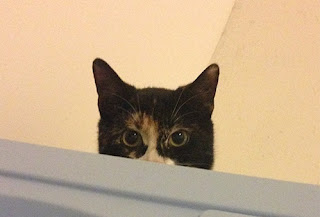 See here for essential background: http://hpanwo-voice.blogspot.co.uk/2017/05/the-larry-warren-controversy-part-13.html. There's a saying that when the cat is away the mice come out and play. I went off last Thursday on my trip to , see: http://hpanwo-tv.blogspot.co.uk/2017/05/skywatching-in-devon.html, and I came back on Sunday to find that all hell has broken loose in my absence. This happened before when I was off travelling; almost as if the mob were waiting for me to be out of the way before doing their stuff. The event which kicked off their activity this time was an interview with Peter Robbins on the Paranormal Now podcast, see: https://inceptionradionetwork.com/peter-robbins-ken-cherry/. Peter starts talking about Larry Warren twenty-five minutes in, however he doesn't provide much more concrete information than he did previously on Raconteur's News, see the above background article. He actually says: "I don't want to go into specifics". The host presses Peter several times for factual examples of his misgivings and he only mentions two. The supposed anomaly over Larry first interview in the News of the World and the accusation that Larry traded counterfeit rock and roll memorabilia. I suspect that Peter found out about this from the work of Sacha Christie. Perhaps all his other bugbears that he has not so far revealed come from her too. In that case then I would ask Peter to examine the articles in this series and the radio interviews I did with Larry, see below. We have comprehensively and categorically discredited these two accusations along with all the others Sacha has made. Has Peter simply read Sacha's words and believed them? If so then I respectfully suggest he look at the other side of the story and reconsider. However Peter is more candid about his feelings in this interview than he was in his last one, and he provides more insight into his decision processes. I get the impression that his core motivation is the distress he feels at what he calls the "hate and counter hate". I think all of us can sympathize there. In fact I've been trying to remain purely factual in order to ease that. Peter spoke passionately when he said: "I've had it as an RFI researcher!" The bedlam caused by Sacha has made Peter want to wash his hands of the whole situation.
Nigel Mortimer has written an excellent reply to Peter in the form of an open letter. He remains respectful and friendly, yet he implores Peter to take a second look and realize that he has fallen for a very elaborate hoax; not by Larry Warren, but by Sacha Christie. He makes many of the same points I do. Source: https://www.facebook.com/nigel.mortimer.14/posts/10155309348779289. Tino has recorded his own interview with Larry in which Larry responds in his own way: https://www.youtube.com/watch?v=W-AWEm3RZRA.
The ball is now in Peter Robbins' court. Let's see what he says next.

Then on Friday Nick Pope made a statement: "Some months ago Peter Robbins announced that he was severing professional ties with his Left at East Gate co-author Larry Warren, but declined to go into details. Now, in a radio interview, Peter stated that it was Warren's repeated lies that lay behind this split, confirming what all genuine Rendlesham Forest witnesses and researchers already knew, namely that parts of Warren's story were stolen from other witnesses while other parts were entirely fabricated. Other aspects of this saga have still to be addressed, and are likely to be matters for the police. These include 's repeated threats of violence against women and his sale of rock memorabilia, seemingly based on bogus claims of friendships with various celebrities. However, for now, Peter Robbins is to be commended for having had the courage and integrity to make what was clearly a difficult and painful admission that he'd been taken in by 's lies. Credit should also go to the researchers who worked hard to uncover hard evidence of 's various lies and frauds, in particular Sacha Christie, Alyson Dunlop, David Young and James Welsh; but others too, mainly in the . The verdict from the wider UFO community is clear: the Larry Warren story is officially dead."
Source: https://www.facebook.com/nick.pope.1428/posts/10155399394004744.
Utter nonsense. Firstly, who are these "wider UFO community" people? And why have appointed Nick Pope as their spokesman? What right does he have to pronounce an "official verdict" on the Larry Warren story; or anything else for that matter? As with Peter's interview, Pope makes very few solid points and the focus of his writing is a series of rhetoric-laden assertions. All of these Larry, myself and his other supporters have already logically eviscerated. Larry did not steal his story from anybody, and this has been confirmed by Adrian Bustinza. Nor did he fabricate it; there is evidence that he is telling the truth. Why do people keep repeating threats of legal action and proclaiming in hushed tones that something is now a matter for the police? Have they called the police? Obviously not or Larry would be in prison right now; if he really has done what people say he has done. He hasn't even been arrested; or even questioned by the police for that matter. The Popester appeals to cultural Marxist sentimentality when he brings up Larry's supposed repeated threats against women... or should I say "Women!". See the link to Programme 236 of the HPANWO Show in which I interview Larry Warren below. I've said it before and I'll say it again: What Larry said before the Scottish event was not a threat; it was an expression, albeit a very over-the-top and melodramatic one, of the intention to employ the lawful use of force. I myself had to threaten Trystan Swale with legal action, for a genuine reason this time, see: http://hpanwo-voice.blogspot.co.uk/2016/08/trystan-swale-and-my-perceived-racism.html, and the first thing the solicitor said to me was: "Do not engage with him at all. Don't reply to anything he says; do not comment on anything he does." So Larry has not committed any criminal act all. Sacha and her accomplices know this otherwise they would have stopped talking about legal action and calling the police, and would instead have simply done it.
The conversation went on in the comments section in which Nick Pope makes the ludicrous comparison of Sacha Christie to the Roswell Slides research team. He also insults Gary Heseltine by calling him a "poor old British Transport Police constable." Actually was a highly trained detective. Tino pointed out that is also a former RAF serviceman. In 's place I would expect more courtesy from an MoD official. Pope called UFO Truth Magazine a "laughing stock" even after we packed out a three hundred seat hall in and have sold out on almost all our other conferences. I'm very proud to be involved with UFO Truth and many people tell me how much they enjoy my column, as well as the rest of the magazine. Pope also claims that Larry has made more than one threat of violence against more than one person. Really? Then, again, why is he not banged up right now? If I recall correctly I think somebody stated that Larry's critics have suffered "constant death threats!" From whom? Apparently James Welsh has had to leave his home because of these threats. Why would we who support Larry do something so counter-productive as to issue threats against persons? Why would we hand them the moral high ground like that? Why would we make ourselves look so bad in the eyes of the UFO community? Until I see any evidence of these threats then I have to conclude they were never made. I'm talking about the kind of evidence I have against James Welsh for threatening me, see:  http://hpanwo-voice.blogspot.co.uk/2017/03/the-larry-warren-controversy-part-8.html. Tino and Larry have made another video response to Nick Pope: https://www.youtube.com/watch?v=2A5YU4pfgmo. and: https://www.facebook.com/100005450688010/videos/vb.100005450688010/701494706708879/. 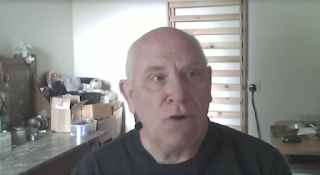 Sacha Christie has been busy on her website, posting nine blog articles this month so far. Strangely a lot of them are merely repeating information she wrote about last year; I've covered all this before. She also posts two articles that make assertions in the title, but contain no explanation: "Nigel Mortimer's libellous statement About Sacha Christie in the guise of an open letter to Peter Robbins" which is nothing more than a copy of said letter; and an embedded image of the transcript of one of Larry's hypnotic regression sessions that Larry allegedly "never mentioned". This is odd indeed because the transcript doesn't reveal much, especially not any duplicity on Larry's part and Sacha ends with the footnote: "He admitted he faked it. Read You Can't Tell The People by Bruni. He said he faked it because he's a people-pleaser. Someone paid money for it, he didn't want to let them down." Yet there is no in-depth analysis that details why Sacha thinks it is faked. Amazingly Sacha has typed out a transcript of my first interview with Larry on HPANWO Radio, a task that must have taken days. Why? Anybody can listen to it if they want quite easily, see: http://hpanwo-radio.blogspot.co.uk/2016/07/programme-197-podcast-larry-warren.html.
Source: http://sacha-christie-infomaniachousewife.blogspot.co.uk/.
Nigel has posted a video addressing Sacha directly: https://www.facebook.com/nigel.mortimer.14/videos/10155319798419289/.
There will no doubt be more developments to come soon, probably the next time I'm away on my travels. Keep a close eye on those mouseholes!
See here for Programme 236 of the HPANWO Show in which I interview Larry Warren a second time on this matter: http://hpanwo-radio.blogspot.co.uk/2017/05/programme-236-larry-warren-returns.html.
See here for the next part: http://hpanwo-voice.blogspot.co.uk/2017/06/the-larry-warren-controversy-part-15.html.
Posted by Ben Emlyn-Jones at 18:00

Ben, Sasha has caused herself a massive problem and is now looking very silly indeed. A scorned woman comes to mind here...

That's right, Darren. She used to be very fond of Larry indeed; now she's flipped to the opposite extreme.