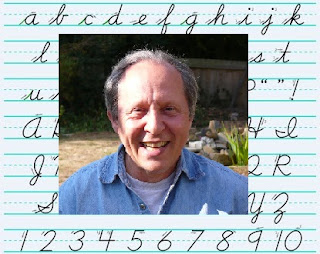 See here for essential background: https://hpanwo-voice.blogspot.co.uk/2017/05/the-larry-warren-controversy-part-12.html. Peter Robbins was recently featured on Raconteurs News where he speaks about his falling out with Larry Warren for the first time since his brief announcement a few months ago, see: https://raconteursnews.com/peter-robbins-returns-raconteurs-news/. Peter is a good orator and is normally very articulate, yet in this interview he sounds uncomfortable when he comes on to the subject of Larry. He pauses, stammers and trips over his words somewhat. I was lurking in the chatbox when the show went live and, predictably, a baying gibbering lynch mob gathered, including the usual suspects, demanding Larry's head on a spike. Peter, to his credit, did not deliver. He was rather reticent and evasive, and gave only limited details. The response from Sacha Christie has been outrage; she posted this lengthy piece on her website the very next day (She must have stayed up all night writing it!), see: http://sacha-christie-infomaniachousewife.blogspot.co.uk/2017/05/open-letter-to-peter-robbins_5.html. So Peter is now standing on the bridge being shot at from both sides. I don't believe Peter Robbins is a malicious person, far from it; but I maintain that he is mistaken. In the material in Sacha's article he speaks more comprehensively about his rift with Larry. Larry will be addressing all the points he makes on the next HPANWO Show. I don't know how Sacha managed to get hold of Peter's private correspondence to Larry. Did he give it to her? Sacha is very good at retrieving private information and has no misgivings about publishing it. She posted my confidential email exchange with Chris Evers, see link to Part 12 at the top. I'm going to let her get away with that, simply because it is an own goal. If you read what Chris and I actually say to each other it contradicts the narrative she posits for it. (According to her I apparently wasn't banned from the OLM conference at all; I was merely "asked not to attend"... Hmm, yes. And this is not a bowl of cherries; it is merely a hemispherical container into which I've put some cherries.).

The anti-Larry Warren brigade have also announced that they're abandoning the handwriting analysis scheme that I detailed elsewhere, especially in Parts 2 and 11, see: http://hpanwo-voice.blogspot.co.uk/2017/01/is-larry-warren-fraud-part-2.html and: http://hpanwo-voice.blogspot.co.uk/2017/04/the-larry-warren-controversy-part-11.html. They can't go ahead without the original documents, which is actually what I said at the time. They lambaste Larry for not helping them himself; suggesting that he ought to if he is innocent and should therefore be eager to prove them wrong. That makes no sense. Even if he were not working with people who can't even bear to sit on opposite sides of a conference auditorium from him, what would be the point of getting involved in a venture that could never succeed for the reasons I describe in the background links? Even with the original documents, all the analyzer will say at the end is: "Well this might be Larry Warren's handwriting... but then again it might not." So after all the hype, including some very silly Downfall memes on YouTube, the handwriting endeavour is off. The money will be returned to the donors. Perhaps then the six hundred pounds they were about to waste can be spent on more productive UFOlogy projects, like... well... doing UFOlogy?
See here for the next part: http://hpanwo-voice.blogspot.co.uk/2017/05/the-larry-warren-controversy-part-14.html.
See here for the new HPANWO Show with Larry Warren: http://hpanwo-radio.blogspot.co.uk/2017/05/programme-236-larry-warren-returns.html.
See here for the podcast: http://hpanwo-radio.blogspot.co.uk/2017/05/programme-236-podcast-larry-warren.html.
Posted by Ben Emlyn-Jones at 18:17

only writing this cause you will see it you. You should be in government with all that spin. I suppose you think that questioning and examining the claims of an alleged UFO eyewitness isn't Ufology but then again , you also think happyslapping someone with learning abilities isn't bullying. And sharing private and confidential letters isn't against privacy laws.