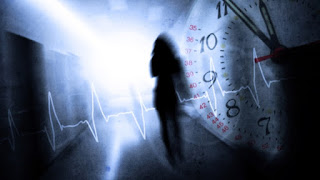 New guidelines for police officers have been published stating officially that there is nothing wrong with detectives employing mediums, clairvoyants, psychics and witches to aid them in criminal investigations. This is something that many officers do anyway on an informal level, but this new document from the is the first one that officially acknowledges the tactic. It even goes as far as to recommend that officers do not rule out the use of crystal balls and cauldrons either, and says police officers should judge them "in the context of the case". However the text does warn officers against these methods becoming a distraction. This is not certified recognition that psychic detectives have genuine supernatural powers per se; that really would be too much to ask. It leaves open the possibility that the alleged psychic might have gained their information through normal means, in which case officers should not dismiss it because of the source; but it does not specifically state either that psychic powers are unreal. What's more there are many cases of policemen using mediums and clairvoyants to solve crimes in the belief that they have real extra-sensory perception. Despite a few famous blunders, like Sylvia Browne's search for the missing boy Shawn Hornbeck in which she told the parents incorrectly on live TV that he was dead, four years before he turned up alive and well, see: http://hpanwo-voice.blogspot.co.uk/2013/11/sylvia-browne-dies.html, many officers have a lot of confidence in their telepathic comrades' abilities. For some reason seems to be the country most open to this concept with multiple successful outcomes. For example in in 1996 a clairvoyant called Phillipe Durant was brought in to help search for a missing woman called Paula Brown. Using remote viewing and dowsing techniques, Durant led police to a spot and the body of the woman was found there, see: http://www.dailymail.co.uk/news/article-3216727/Ello-ello-ello-anybody-New-guidelines-say-police-not-rule-tip-offs-psychics-witches-clairvoyants.html. Policemen who use psychic detectives to help them say something very important about the philosophy of science, and this is very relevant to the Skeptic movement. Policing is a profession which is fundamentally based on science, rationality, logic and evidence, like almost no other. Therefore if an officer tales advice from a psychic investigator then they do so for one reason alone- because it works. A Skeptic would never use a psychic detective, in fact Oxford Skeptics in the Pub used to be run by a policeman who spoke out against them, see: http://oxford.skepticsinthepub.org/. It is therefore very obvious that an aversion to psychic detectives is purely one of principle, not one of practicalities. This is despite the fact that the police embody the slogans of the Skeptics more than anybody else. Such in essence, is the difference between Skeptics with a K and sceptics with a c.
See here for more information: http://hpanwo-radio.blogspot.co.uk/2014/03/programme-79-podcast-trystan-swale.html.
And: http://hpanwo-voice.blogspot.co.uk/2015/05/dr-david-clarke-at-greenwich-sitp.html.
And: http://hpanwo-voice.blogspot.co.uk/2014/04/pan-pareidolia.html.
Posted by Ben Emlyn-Jones at 18:03