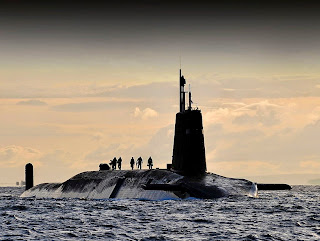 's Royal Navy is supposed to be synonymous across the military world with efficiency, power and excellence, but is this just a public persona intended to paint over the rust of corruption, squalor and negligence? The latest cable from Wikileaks would suggest so. This is a very significant exposé because in this case the whistleblower has gone completely public; he has allowed photographs of his Royal Navy ID card and even his passport to be published. His testimony is of vital interest to the public because it involves nuclear weapons. The whistleblower is AB (Able Seaman) William McNeilly and he was training as a weapons engineering technician for the 's Trident strategic missile nuclear deterrent. He served in one of the four Vanguard-class ballistic missile submarines based at Faslane on the Firth of Clyde in . These huge subs are armed with the American Trident D5 missiles which can deliver nuclear warheads thousands of miles away and wipe out any nation which dares to attack the . This weapons system is highly controversial and at the moment the government is considering whether or not to replace Trident with a new and similar service in the near future, when the existing platforms and missiles become too old, see below and background links.

When he arrived at the Faslane base for his training AB McNeilly was very concerned by the lax level of security. The sentries guarding the secure part of the harbour where the submarines are berthed did not examine any of the trainees' ID properly, and this was a trend that continued after McNeilly joined a Trident crew. The gate to the wharf had an electronic lock where you have to enter a PIN code, but it was broken. He was also not searched and found it easy to smuggle unauthorized possessions onto the boat in a kitbag of private and contraband items like e-cigarettes and smart phones. Security at Faslane is not as stringent as in post-9/11 airports. "It's harder to get into most nightclubs than to get into the secure area of the base." McNeilly laments. It would be easy for a terrorist to bring a bomb on board and cause the worst nuclear accident the country has ever seen. The danger of Trident is not just the weapon system itself, but the toxic material inside the warheads and inside the nuclear powerplant of the submarine. Any explosion on board might expose them to the environment and create a Fukushima-type situation. As regular HPANWO-readers will know, in my view it's not just terrorists we have to worry about but government false-flag operations. "Prouty's Law" states that terrorist attacks do not happen, they are allowed to happen. The active role is played by those responsible for the security of the intended victim withdrawing their protection at a crucial time which allows the terrorist an opportunity to prosecute his target. In any investigation, don't look at the killer, look at those who were running security and failed their charge. However in the case of HMS Neptune, Faslane base, it appears there is nothing to withdraw. Trident submariners are also in grave personal danger from breaches of food hygiene and poor sanitation. Submarines that put to sea on long patrols have to take everything they need with them and nothing is wasted. Sometimes spoiled meat and other foodstuffs from dustbins are pulled out and added to the boat's stores. Drinking water is distilled from seawater and sewage has to be pumped overboard, but sometimes the plumbing systems leak and toilet water can flood out and contaminate the pressure hull. When dived deep on active deterrence patrol this is very unhealthy and many of the crew became sick from poor air quality. Fire-fighting equipment was also not stored correctly which is a deadly hazard because fire on a submarine is one of the most common causes of boats being lost. The Trident submarines are in a terrible mechanical state and everything seemed to be breaking down. Again, in some cases this can kill when it comes to the air supply, water, electrical power and the high pressure air bottles used to dump ballast. Electrical and chemical fires are commonplace due to poor maintenance, but also fires caused by much more stupid and easily-avoidable errors that a child should be able to spot, like storing toilet rolls by piling them up against a hot electrical appliance for instance. There have been many near-misses in which a Trident boat has almost been lost because of fires breaking out in crucial areas of the vessel like the engine room or missile compartment. If a missile becomes overheated its fuel might ignite inside the launch tube which would certainly result in the destruction of the submarine. Also the control surfaces, the hydroplanes, sometimes fail which is just like an aircraft losing its rudder and wing flaps. The aircraft would crash, so might the submarine. Without the hydroplanes it could lose depth control, especially if this is combined with engine failure due to fire, and the boat will then either float to the surface and risk collision with a surface ship, or plunge to such a great depth that its hull would be crushed by the sea pressure. "It's only a matter of time until a boat sinks." warns AB McNeilly chillingly. Whenever a submarine sinks it usually involves the deaths of everyone on board, see the and Thetis etc. The crew were also far from shipshape and fashion. There was none of the famous naval discipline we hear about; in fact the Trident boat's personnel were extraordinarily lackadaisical. Very often essential stations were left unmanned or manned by unqualified members of the crew, and the officers and senior ratings did nothing to improve the situation. Things were tidied up for the captain's inspection or for the various publicity events, but when the cat was away the mice played. Classified material relating to the submarine's engineering and nuclear weapons systems was not stowed securely and sometimes the boat's officers would take top secret documents home with them and leave them lying around like a holiday brochure. Navigation charts are also top secret because they show the Trident patrol areas, information which would allow an enemy to locate and destroy the submarines; yet McNeilly, a rated technician not authorized to view them, was shown these charts by a navigation officer. At one point he was also allowed to climb inside one of the missile tubes and examine one of the warheads, a bomb ten times the yield of the one dropped on in 1945. Some of the personalities on board the submarine were alarming too. Among McNeilly's shipmates was a man who liked killing small animals, one who enjoyed watching violent pornography and one who kept starting fights for no reason with his shipmates while out at sea. There are certainly men with psychopathic tendencies in control of the nation's nuclear deterrent. McNeilly reminds us of the incident in Southampton a few years ago in which a member of the crew in one of the new high-tech Astute-class hunter-killer submarines went on a shooting rampage killing one of his shipmates, see: http://hpanwo-voice.blogspot.co.uk/2011/04/submarine-shooting.html. 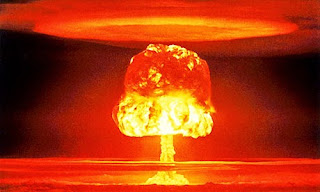 AB McNeilly says: "One of the main reasons nobody tries to talk about it is they've a lot to lose. A submariner in the Royal Navy gets paid quite a lot of money. They're handing out £50,000 bonuses, to keep people in the job. You're guaranteed to lose everything, if you talk; career, money, everything you own, your freedom, possibly your life, contact with family and friends. It's a lot to lose especially if you think there's a good chance you won't get much information, if any, out before you're caught, and of course there's good chance any information you do get out will be covered up. I know I have gained enough information to eliminate the biggest threat the faces. I also gained the knowledge that my desire to serve the people no matter what, wasn't some fantasy. I will sacrifice everything for the people I serve. I may be losing a great job, the money, the freedom, and possibly my life, but it's no longer the fight for those things that drives me; I'm driven by a vision of a better world. There's still one thing that does bring a few tears to my eyes. That's knowing this might cause my family and friends any kind of emotional pain. I'm here through my own choice; I could have kept my career, I could have sold the information and made millions. If I die it wasn't suicide. I'm willing to sacrifice everything, but I would never use my own hand to take my life." See here for the Wikileaks article: https://wikileaks.org/trident-safety/. On the BBC it has just been reported that McNeilly plans to hand himself in to the police, see: http://www.bbc.co.uk/news/uk-scotland-32771925. I commend AB William McNeilly for his bravery and hope it is not in vain. It's ironic because most public information on submarines comes from Cold War thrillers like Tom Clancy's The Hunt for Red October in which the Russians are portrayed as backward, sloppy and incompetent whilst and her allies are always advanced, polished and professional. However if AB McNeilly is right then it seems that the Royal Navy has produced a submarine service which is every bit as contemptible as the most derogatory jingoistic fictional portrayal of the other. I find this story especially evocative because if it were not for a twist of fate I myself might well have been where he is. I was once on a very similar career path to McNeilly when I was unceremoniously kicked off the Royal Navy's training cycle because of a fitness issue; would I have had the guts to do what he has just done? McNeilly seethes over the billions of pounds in taxpayers' money being showered onto such a decrepit system, and herein lies the problem I think. Trident is a highly politicized government operation and it always has been. In the background links you'll see that I have written before several times about the proposed renewal of Trident and when something is made such a Parliamentary hot topic it risks becoming dysfunctional due to political pressure. In this way Trident is very like the NHS; indeed McNeilly's report gives me a strange sense of familiarity. A lot of the issues he found wrong with his Trident submarine I could apply in their own way to my hospital. The NHS, which I was a part of for almost my entire working life, has degenerated into a pale shadow of its former self; see the HPWA in the links column. Maybe this was because it stopped doing the job it was supposed to do in order to become an entity of political propaganda. In that way Trident is the same. The difference is that the breakdown of the NHS cannot destroy the world in a nuclear fireball, the breakdown of Trident can. If we needed another reason to scrap this perilous white elephant, this must surely be it.
See here for background: http://hpanwo-voice.blogspot.co.uk/2013/07/replacing-trident.html.
And: http://hpanwo-voice.blogspot.co.uk/2014/08/salmond-vs-darling-part-2.html.
And: http://hpanwo-voice.blogspot.co.uk/2014/08/scottish-independence-debate.html.

Hi Ben,
I'm not sure about this one...there is part of me that accepts McNeilly's story on face value as a genuine whistleblower. The other part of me has issues; we know that the government wants to replace Trident, so any story that emerges to doubt the integrity of the system in the public mind would potentially be fortuitous. And as for Wikileaks, where do I start? Thanks, as always, for the post!

Hi Neil. i know Assange and Wikileaks may not always be trustworthy. I do wish this had come out BEFORE the general election ;-)