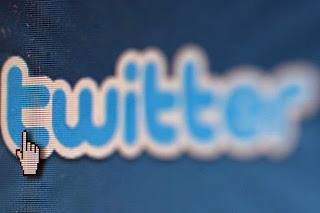 After the general election last week there was of course an outbreak of satire and parody on social media, see: http://hpanwo-voice.blogspot.co.uk/2015/05/general-election-result.html. One of my friends posted a picture of flooded under about ten feet of water. I commented: "I'll blow up the Flood Barrier and keep my fingers crossed! :-)" My friend immediately contacted me and asked me to add a disclaimer that I was only joking. At first I thought that he was joking, but he was serious. I suspect he was concerned because of a legal precedent that took place a few years ago. It is one of the stupidest criminal trials that has ever taken place and is a perfect illustration of the times we live in. In December 2009 a man called Paul Chambers had booked to go on holiday. He was due to fly out from in , but his flight had been cancelled due to heavy snowfall. Chambers was annoyed and inpatient and so he Tweeted: "Crap! is closed. You've got a week and a bit to get your shit together otherwise I'm blowing the airport sky high!" Somebody in the airport's management saw the Tweet and called the police. Mr Chambers was arrested by the anti-terrorist squad and his house was searched. His phone and computer were taken in as forensic evidence and he was charged with "sending a public electronic message that was grossly offensive or of an indecent, obscene or menacing character contrary to the Communications Act 2003". He was found guilty and fined £600; he also lost his IT job as a direct result. He appealed at the High Court and won; thanks to support from celebrities like Stephen Fry and Al Murray. His lawyer was David Allen Green, known as the blogger "Jack of Kent", see main site links column. Thousands of his Twitter followers did a Spartacus by reTweeting his infamous message. The cost in taxpayers' money for this farce was in the hundreds of thousands of pounds, see: http://www.bbc.co.uk/news/uk-england-18607798.

It's good that so many people understand how we are living in a Big Brother state and want to do something to stop it; I just hope it's not too late. This state of affairs has crept up on us so slowly that we haven't even noticed. I suspect that everybody reading this can think of an example in their own lives. I've written before about the fingerprinting of my daughter at school, see: http://hpanwo.blogspot.co.uk/2007/11/this-is-drawing-done-by-my-12-year-old.html. At the same school she was in as Nativity play one Christmas and one of the teachers got up on stage before it started to tell us that we were not allowed to take photographs or films because of new "child protection" legislation (I might ask how none of this legislation seems to be very good at protecting children from the legislators, see: http://hpanwo-voice.blogspot.co.uk/2015/03/cyril-smith-was-set-free.html). We've also seen a man arrested on grounds of behaving suspiciously... because he had his hands in his pockets, see: http://gawker.com/cop-detains-black-man-for-walking-with-his-hands-in-hi-1664910193. It's become habitual now for people to watch every move they make and screen every word they say. Political correctness is another part of this Orwellian regime. I reported a few days ago about the anti-feminist female artist being banned from a convention, see: http://hpanwo-voice.blogspot.co.uk/2015/04/anti-feminist-women-banned.html; and today a bakery in Northern Ireland have been prosecuted because they did want to make a cake for a gay wedding, see: http://www.belfasttelegraph.co.uk/news/northern-ireland/ashers-bakery-loses-gay-cake-case-we-will-not-be-closing-down-we-have-not-done-anything-wrong-says-boss-31233797.html. Personally it doesn't bother me at all if a homosexual couple want to get married; good luck to them, but I'm very disturbed by the idea that the opposing viewpoint has actually been criminalized. Ultimately this leads to thoughtcrime in its completely Orwellian sense. We must resist it at every opportunity; we must all show the spirit that Paul Chambers' supporters did.
Posted by Ben Emlyn-Jones at 18:19