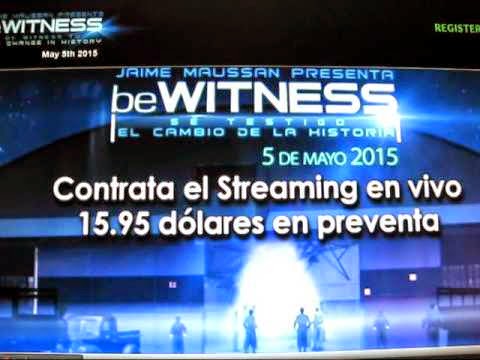 Well, this is the big day. The long hoped for and long feared 5th of May has finally arrived. You can watch the proceedings by registering here; it costs about £7: http://bewitness.mx/. Several HPANWO readers have observed that I have recently become obsessed with this subject; they're right, take a look at the background links at the bottom. The slides will be unveiled in an event beginning at in , that's British Summer Time. Richard Dolan has recently posted that he has seen the slides and is impressed by them; this is encouraging because Dolan is somebody whose judgement I respect. The Skeptics have a different view, here is a commentary by Dr David Clarke: http://drdavidclarke.co.uk/2015/05/04/sliding-towards-roswell/. The mainstream media have only just decided to speak out. Here's the Metro: http://metro.co.uk/2015/05/05/new-photos-of-roswell-crash-which-prove-aliens-exist-will-be-shown-off-today-5181225/. This doesn't help. Nothing will be proved this evening. (Also note the illustrations of stills from the fake Alien Autopsy film). Proof will not come from two photographs. This Be Witness event is not the finish line of the race, it's the starting gun. It will be the beginning of a process of investigation; the repetition of experiments and the corroboration of data. The best we can hope for is that these slides are shown to be definitely genuine 1940's Kodachrome shots. It will take some time to verify that independently. However, as I explain in the links below, they are still just two photos of something that looks like an alien, nothing more. We will need additional substantiating evidence. The organizers of the Be Witness event have used slogans like "the change of history!"; this is way over the top. My aspiration now is that the confirmation of Carey and Schmitt's hypothesis over the slides leads to further revelations; but we don't yet know if that will happen. The slides by themselves are not a Disclosure event. The sad alternative is that this is a huge mistake and that the slides just show an Inca mummy or something; the consequences of this eventuality will be apocalyptic. This will be my last word on the subject until afterwards. The dye is cast; the waiting will soon be over. Stick the coffee on; it's going to be a long night.
See here for background: http://hpanwo-radio.blogspot.co.uk/2015/05/programme-136-podcast-roswell-slides.html.
And: http://hpanwo-tv.blogspot.co.uk/2015/05/ufo-disclosure-2015-eve-of-roswell.html.
And: http://hpanwo-tv.blogspot.co.uk/2015/03/ufo-disclosure-2015-doubts-begin.html.
And: http://hpanwo-tv.blogspot.co.uk/2015/02/ufo-disclosure-2015-roswell-slides-and.html.
And: http://hpanwo-voice.blogspot.co.uk/2015/02/the-roswell-slides-to-be-revealed.html.
Posted by Ben Emlyn-Jones at 20:21

Hey Ben. Yes, a long night. I read the Metro artical online after searching for 'Roswell Slides' info. That crap article (along with a brief youtube vid entitled 'Dolans own words') with the fake autopsy images spliced into it in a very lazy manner just made me really question why they even bother reporting when no effort is made in the story, its beyond piss poor, it's sheer inertia. I give up sometimes. As you say let's leave it at that Ben. The skeptics have a months supply of Bounty for the sheer wank fest that will probably spill out into the street (pardon the pun) if this is a lead balloon. Speak soon.

Thanks for your support, X. Appreciate you tuning in to the radio show last night. I wouldn't even SPEAK to the mainstream media over this. They've lost all right to be taken seriously. See you on the other side, so to speak :-)

Anytime I can mate, pleasure. Not long now. Coffee going on!

Hi Ben. Just wandered what you thought of the event. Perhaps a more formal discussion would be apt in a video or another review post. At the moment I have mixed feelings but a definite opinion in regards to the framing of the event. By the way, that morning shift was a killer #hardlyanysleep. Cheers Ben

I am so sorry to tell you, entire "Kodachrome Hoax" is an unfortunate circus. You know for a fact that we've been working towards real Disclosure. Unfortunately, Majestic-12 outsmarted us again with this brilliant "disinformation Trojan" which was masterfully planted with the right people to be broadcasted to the world. You know from our event in London that I had been rooting for Jaime Maussan, however the appeal of money has outweighed any ethical or journalistic considerations and that is one of the reasons why we parted on our own way.

The real EBE's (probably four of them) were placed under extremely "air-tight" biological HazMat contaiment chambers, using advanced preservation technologies and probably kept under very strict military security. The glass shelf display of the National Museum ot Natural History in Washington, D.C is most likely not the "secure" way to hold such secret treasures. There will be Disclosure nonetheless, but by the sophistication of the PsyOps employed to "feed" the Kodacrhome Hoax, you may surmise what we are up against. A group of gullible and greedy promoters have possibly seeded deep doubts in the minds of many, about the authenticity of the Roswell EBE encounters. All this while, real EBE bodies most likely rest under several layers of security in some deep underground vault.

We shall redouble our efforts and hope to work together with serious UFO researchers like yourself and our mutual colleague David Hodrien, amongst many others.

The positive outcome is that now, many more people want to know the real truth!