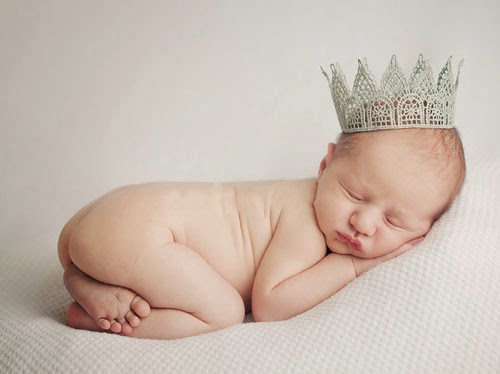 "Her Royal Highness" Kate Middleton, the Duchess of Cambridge, has given birth to a baby girl.  She was delivered at British Summer Time and she weighed in at 8 lb and 3 oz. Mother and child are doing well. A traditional town crier has made the announcement from the maternity hospital's steps, see: http://www.bbc.co.uk/news/uk-32563245. As far as I know nobody has been sacrificed this time, see: http://hpanwo-tv.blogspot.co.uk/2012/12/death-of-nurse-jacintha-saldanha.html. The bookmakers are taking bets on what the name will be. Alice and Charlotte are favourites, but my money is on ; it's a statement that the Hapsburg Illuminati bloodline are still in charge. What now for Kate? Kate is often described as the most envied woman in the world. She is one of a record number of young women who applied to enrol at when it was announced that William was a new student there; every one of them left with a green and tearful face except Kate. It's ironic because right now Kate herself is probably secretly envying every single one of them. She has now done her duty for the House of Windsor by being what her late mother-in-law called a "brood mare". Will Kate also suffer an "accident" while driving through a tunnel in ? (I see that the satirists have not missed this trick, see: http://news.bfnn.co.uk/kate-middleton-gives-birth-to-black-baby/. At least James Hewitt is white so Harry's secret is safer! Seriously though, what kind of future does he have? See: http://hpanwo.blogspot.co.uk/2008/03/prince-harry-in-afghanistan.html.) Republicans have made their feelings felt in no uncertain terms, see: https://republic.org.uk/what-we-do/news-and-updates/media-need-get-grip-over-royal-baby; and they've got some good points. As celebrations begin for the Royal birth three and a half million children live in poverty in ; and has not had any charitable funding from the international community after its terrible earthquake the other day. Babies not much older than "Baby Cambridge Junior" are still being pulled from the rubble and have had not a penny spent on them for medical care; how can that be justified? However Republic still doesn't get the bigger picture. Elected heads of state are connected to the same bloodlines as the aristocracy, see: http://hpanwo.blogspot.co.uk/2007/08/my-book-review-who-are-illuminati.html.
See here for a report on the birth of the "Baby Junior's" older brother : http://hpanwo-voice.blogspot.co.uk/2013/07/the-new-prince-george.html.
Posted by Ben Emlyn-Jones at 18:04

Oh Ben!. Don't you get all gooey eyed and broody at the new royal gift to the world?. I mean, a Royal Baby means we have the crystallizing and fortifying of our great sovereign monarchy!................

Oh, sorry, I don't know what came over me. For a minuet I thought that we were really a sovereign country there! My fault Ben. Another baby born on 'Benefits Street London SW1A 1AA'. Yes, it's a new docu-drama about a family living off benefits refusing to pay spare bedroom tax. Scum Ben.

As you mentioned these lineages are not just framed by the 'Royals' but also flows via those in power. Indeed, in medieval times and beyond Royal European dynasties inter married and exchanged subjects (which included children for marriage), nothing has changed. The Royal Family is a sham, as is the political voting process were being propositioned with at the moment. All that has changed is the absorbtion and consolidation phase where now that lands have been conquered and established the one, standardized order is executed. I am reminded of the verse from Grandmaster Flash and the Furious Fives 'The Message':

"A child is born with no 'state' of mind. Blind to the ways of mankind"

If we jiggle the verse about a little we get 'Mankind blind to the ways of the states new born baby'. As with everything, the birth of a new being carries with it the seeds of continuation, that's what it's all about, the continuation of the veil of illusion with the pretense of 'Hope' - 'Britishness' and 'The Flag' painted onto it.

By the way, it is interesting that he new baby would be following suit of her other baby George by being born under a full moon. Perhaps the May Day Full Moon is something to consider.

By the way, it is interesting that he new baby would be following suit of her other baby George by being born under a full moon. Perhaps the May Day Full Moon is something to consider.

Hi X, that's one episode of Benefits Street I don't think they'll be making soon!
That band looks really good. I get so fed up with modern hip-hop. Some overpaid idiots yelling N-words and MF-words, calling women "hoes"? I thought that was a gardening tool. Those guys are head and shoulders over Little Tom or Big Johnny or 60P or whatever their names are.
The astrology relating to the births of both babies are as significant as the blood sacrifice made over Prince George. Those two babies are very important to the Habsburgs.
I wonder what the Queen said when she paid Kate a visit yesterday: "Kate, dear, have you ever thought of taking a trip to Paris?"