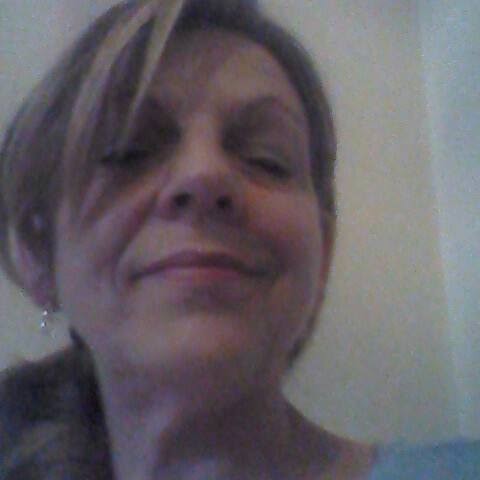 See here for essential background: http://hpanwo-voice.blogspot.co.uk/2014/11/carla-buckle-jailed.html.
Carla has replied to the letter I sent to her in jail. It arrived in an envelope with a seal marked "W-L. SECURITY" and was written on blue lined paper that looks like it's specially desinged for prisoners. I won't copy it here verbatim, not least because it's a private letter and also because I want to spare Carla any possible embarrassment. She is very unhappy indeed. Sure, obviously I know prisons are not intended to be joyful places, but all inmates are still entitled to basic humanitarian conditions and this is not being met in her case. This has led to hardship and feelings of depression. She has a chronic illness for which she has been denied medication. She also hurt her knee while being transported to court and this has not been treated. Her cell is inadequately heated and she has built makeshift coverings for her feet out of a polystyrene box to try and keep them warm. She was at the jail for two whole days before she was even given bedclothes and a toilet roll. She is kept in her cell for all but four hours of the day and has been made to stand and wait with her bad knee outside locked gates. I'm going to write back to her immediately. It is vitally important that as many people as possible write letters and make phonecalls as much as they can; see the prison contact details in the background link above. HMP-YOI Bronzefield is a "Category A" prison intended to house those convicted of murder, sex offences, robbery, assault, firearms crime and terrorism etc; the serial killer Rosemary West is currently being kept at Bronzefield. Carla has been dumped in with them even though she's only a civil offender who contested some statute taxes and fines. Frankly, I'm concerned for her safety. I consider Carla a political prisoner and an enemy of the state. If "somebody" wanted to do her further harm then she'd be in the perfect position for them to do so and get away with it. They could always blame it on another inmate; after all, by their own admission, Bronzefield is home to some very dangerous bitches. Carla is vulnerable, but we still can defend her. We must make sure the authorities know that we're keeping a close eye on her... and we're also keeping a close eye on them. If anybody touches her, the whole world will know! That's why it's so important you keep trying to make contact with her and keep making enquiries at the jail concerning her wellbeing.
Posted by Ben Emlyn-Jones at 17:34

Dear Ben. Thank you for the update. I hope that all works out favorably in the end for Carla and if the situation demands helpful action please let me know if I may be of help. Kind Regards. Xylomet

Thanks, X. I'll be sure to keep you informed. I look forward to Carla's happy and proximate release into freedom.

Carla Buckle who is in prison has just called me from Prison, she is not eating, so on' hunger Strike' she has told the prison staff she either leaves now or she will leave in a body bag, the call was very short, as she had no credit, she has asked me to let you all know about this. I know Carla very well and she is serious and nothing I say will change her mind. She also told me she loves me. I am gutted because I know she is already ill and weakened. I only hope and pray that God will spare her, we need a miracle and lots of prayers now folks en mass.
https://you.38degrees.org.uk/petit…/sodexo-free-carla-buckle

Hang in there, Carla!

Hi Ben and thanks for the update, I have just made muy second phone call to the prison. Both time I got an answer machine so I said that I was concerned for her health as I know she is being denied her medication and that as a political prisoner I worry that her life is in danger and left my name and number and asked them to call me back. As yet no response. we will write to her tomorrow and wonder if we put a little cash in the letter is she going to get it. Do you think there's any chance she will mate?

Are you able to give out her prison number and address of the prison so we can write to her?

Anon If you read through the article the information is all there with the exception of the address of the prison which according to my search engine is ; HMP-YOI BRONZEFIELD
Woodthorpe Road,
Ashford,
Middlesex,
TW15 3JZ
Hope that helps

Thanks, Andy. The contact details for the prison are in the background article. Sorry, should have made that clearer