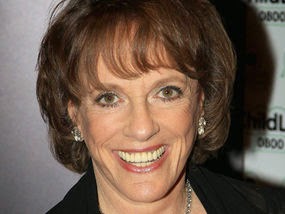 Esther Rantzen has been knighted in the New Year Honours List. She is to be henceforth known as Dame Esther Louise Rantzen DBE. The veteran TV presenter, philanthropist and consumer protection expert is a household name. She's best known today for her work in child protection. She is the founder of Childline, a helpline children can call if they're being abused; and she has this popular image of being a guardian of the young, see: http://www.bbc.co.uk/news/uk-30635601. Childline was launched amid a huge TV telethon fanfare which she hosted herself along with Rolf Harris... no, the irony is not lost on me. But it gets far, far worse. When the truth came out about Jimmy Savile, see: http://hpanwo-hpwa.blogspot.co.uk/2014/06/jimmy-saviles-hospital-crimes.html, Esther was asked to comment and she revealed that she had "heard rumours about him". The interviewer sounds shocked and the programme continues thus: https://www.youtube.com/watch?v=fTnLgx7VsRg. I think Esther has some major explaining to do. She sounds uncertain and awkward; is she hiding something? How much does she really know? Have the police questioned her? If not why not!? People who carry out a great service to the government are often rewarded with a knighthood. I remember in the House of Cards TV trilogy, which was written by an MP, all the repulsive antagonists in the story had ambitions about getting a knighthood, see: http://hpanwo-voice.blogspot.co.uk/2014/07/house-of-cards.html. People with a knighthood are set up for life, financially, socially and professionally, as are their families. Esther has responded to her honour by saying: "I am thrilled that this honour recognises the contribution made by Childline and The Silver Line in transforming lives, and I am delighted that the talented teams at both charities have also been recognised for their inspirational work and devotion." Is it these services that she is being decorated for? Or is it for a more recent action above and beyond the call of duty? Also recognized by the Queen in the New Year Honours List are Paul Cummins and Tom Piper who designed the World War I centenary poppy display at the . To me it looks like a pool of blood, and at the occult levels of the Illuminati that is precisely what it is meant to be. The Great War was a ritual blood sacrifice of millions of young men, see: http://hpanwo-voice.blogspot.co.uk/2014/08/world-war-i-centenary.html and: http://hpanwo-tv.blogspot.co.uk/2011/11/remembrance-sunday.html.
I'd like to wish all HPANWO readers a very Happy New Year!
Posted by Ben Emlyn-Jones at 18:44