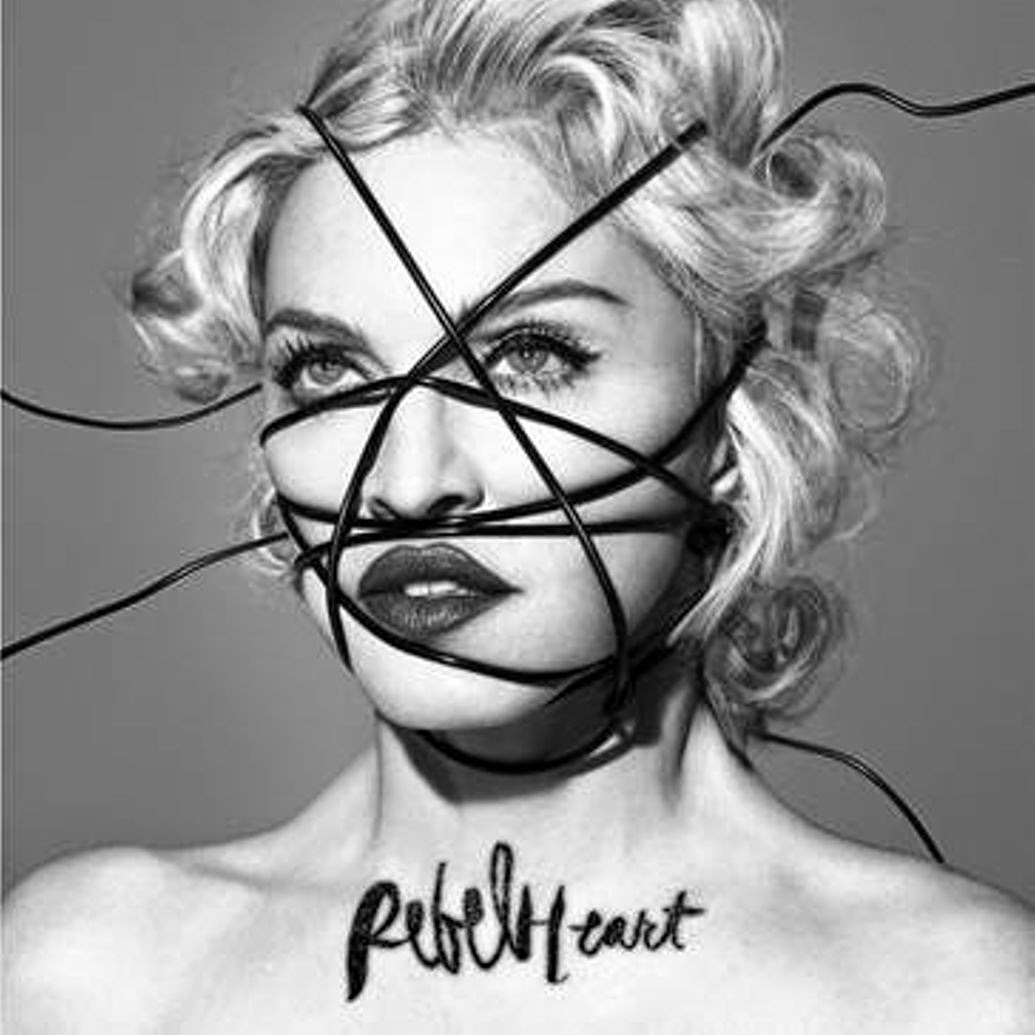 A while ago I interviewed Mark Devlin on HPANWO Radio, see: http://hpanwo-radio.blogspot.co.uk/2013/06/programme-50-podcast-mark-devlin.html. He is a disk jockey who is very concerned about how occult Illuminati symbolism is inserted into modern pop music. The idea that music can be used as a form of psychological warfare is in the publicly available realm; in fact it was developed long ago by people like Theodor Adorno of the Frankfurt School and Maj. Gen. George Owen Squier of the Muzak corporation. Devlin describes how artists like JayZee, Rihana and Lady Gaga include strange magickal themes in their song lyrics, imagery and videos. Sometimes these themes are very subtle and nebulous and at other times more blatant. I myself have discussed this feature of the 1980's new romantic band Duran Duran, see: http://hpanwo-radio.blogspot.co.uk/2014/12/ben-emlyn-jones-on-mind-set-podcast-72.html. However Madonna has recently written a song which is by far the most obvious example I've ever come across. It's actually called Illuminati and the lyrics are something to behold: http://www.theverge.com/2014/12/20/7427053/madonna-rap-illuminati-buzzwords. The first verse names some of Madonna's fellow musicians who have been accused of using Illuminati symbolism by people like Mark Devlin and Jemma King, as if she is parodying or discrediting these conspiracy theories. The second verse and chorus continues with this notion. The third verse sounds like it's referring to the Bavarian Illuminati, see: http://hpanwo.blogspot.co.uk/2007/08/my-book-review-who-are-illuminati.html. After that the tone of the song changes and it becomes more sinister: And now the media's misleading us all. To right and to wrong. It's time to dance and turn this dark into something. So let the fire burn, this music is bumping. I could interpret this as a description of an Illuminati ritual. This song is the fifth track on Rebel Heart, Madonna's new studio album that is due to be released early next year. However some of the demo tracks have been leaked early including Illuminati. Whether this was unintended or was done deliberately as a piece of viral marketing, we can only speculate. The album cover has a photo of the singer with her head wrapped in black wire; this is disturbing, you can see the wire digging into her skin. The Illuminati song can be heard here: https://www.youtube.com/watch?v=OcNtrtcSnsM. I don't have the means to play it backwards; but if any HPANWO readers do, could you let me know if there are any hidden messages? Madonna has had occult magick symbolism associated with her work before; in fact during her unenthused and abortive career as an actress she wore a leather jacket in the film Desperately Seeking Susan with an Illuminati pyramid on the back, see: http://filmjackets.com/forum/viewtopic.php?t=522.
Posted by Ben Emlyn-Jones at 19:00

Wow. This is something I will need to have a think about, at least, what she is intending in the lyrics. The current music industry is the most powerful it has ever been in terms of it being controlled more than ever by the same global-conglomerates. Times was that any old tom-dick-and harry could get on T.V and perform as long as they could indeed perform (some of the bands and Artists on Top Of The Pops when I was growing up were not much to look at but they made good music). Now it is only a veneer of musical content needed in order to establish an 'act' as the conglomerate is self sufficient in it's own needs to warrant no more than a veneer which it fleshes out in intensely orchestrated multi-agency targeted campaigns that see videos being viewed trillions of times within the space of minuets and tunnel-visioned marketing. This makes such 'acts' as Madonna interesting as she represents the 'old-stock' that people automatically think is part of the old-world musical order rather than this new-world musical order. I believe that this is especially relevant to the content Madonna is putting out here as she is is a powerful resource that may seem to be the 'voice of reason and experience' saying; "Hey, this Illuminate thing is alright people, you can trust me i'm good old Maj the free thinking rebel" Interesting the notion of rebel is used in her album title as if to make Illuminate appear to represent not bondage but freedom 'the rebel' in us whilst the imagery actually points to something more sinister. Of coarse the 'bondage' element also plays well into the sexual side of Madonna's persona downplaying what it may actually be conditioning us to visually accept. I now this seems a bit of a 'leap' and complex for what may or may not be anything sinister but this is exactly how these people think, viz. In very complex and precise way's. The lyrics seem to validate this. Interesting post Ben and I hope you have a pleasant Christmas my friend. Take care

I reversed the track, (been doing that shit for years!), but sadly didn't find any immediately obvious backmasked message. There is a section where she says what clearly sounds like 'I actually married ...' but the bit after is unintelligible. Damn!

Cheers, X. Merry Christmas. Take care too. I do actually like some of Madonna's material, especially her middle period, with songs like "Ray of Light". I'd feel a lot more comfortable with this subject if it were confined to the realms of Stock, Aitkin and Waterman. Madonna has always been a sex symbol. I've never found her attractive even with her early image of Bridget Bardot-modeled eroticism, but there is something very kinky about her latest piccie. Are we looking at "50 Shades of Madonna"?

Thank, Mark. Much appreciated for trying. Sadly, they've not made it that obvious this time.

Stock Aitkin and Waterman, I must admit I had a guilty pleasure of liking the Reynolds Girls track!!!!!!!.....Apologies in advance :)

WELCOME TO THE GREAT BROTHERHOOD.
Do you want to be a member of Illuminati as a brotherhood
that will make you rich and famous in the world and have
power to control people in the high place in the worldwide
.Are you a business man or woman,artist, political,
musician, student, do you want to be rich, famous, powerful
in life, join the Illuminati brotherhood cult today and get
instant rich sum of. 2 million dollars in a week, and a free
home.any where you choose to live in this world
BENEFITS GIVEN TO NEW MEMBERS of ILLUMINATI.
1. A Cash Reward of USD $500,000 USD
2. A New Sleek Dream CAR valued at USD $300,000 USD
3.A Dream House bought in the country of your own choice
4. One Month holiday (fully paid) to your dream tourist
destination.
5.One year Golf Membership package
6.A V.I.P treatment in all Airports in the World 7.A total
Lifestyle change 8.Access to Bohemian Grove
account every month as a member
9.One Month booked Appointment with Top 5 world
Leaders and Top 5 Celebrities in the World.
If you are interested of joining us in the great brotherhood of illuminati CONTACT MR ROLAND or WhatsApp him +2348142587627
or email:illuminatipower666brotherhood@gmail.com