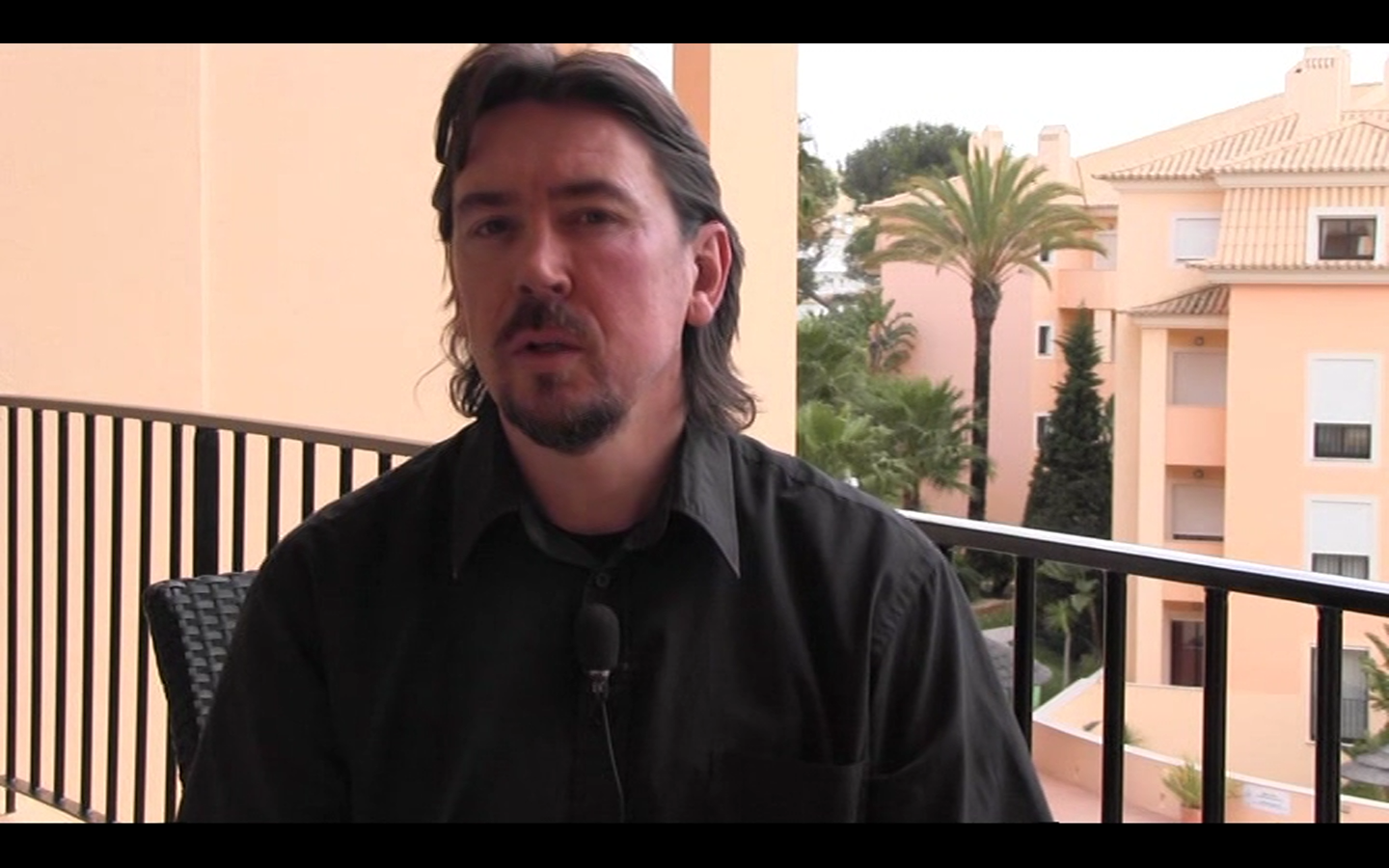 I've been to see Richard D Hall's live Richplanet show, part of his current national tour which has taken him from Stirling in Scotland to Margate in Kent, to its traditional grand finale in Weston-super-Mare, see: http://www.richplanet.net/events.php.
I've known Richard D Hall for a long time and we've collaborated several times, see links at the bottom. He's recently suffered with health problems and also attempts to censor his work for being "offensive!", see: http://hpanwo-voice.blogspot.co.uk/2014/08/chris-spivey-arrest-whos-next.html. This hasn't stopped him and his TV show is back on the air. He's also travelling a lot doing live shows in the last year or two. I saw his show a few months ago in Alvechurch near ; but this occasion was the first time I'd seen one in . It was a hot and sticky afternoon as I made my way through the streets to the venue, a large and modern hotel in Kilburn. I arrived early in case Richard and his team needed any help setting up. It was good to meet up with Richard and all the others again. Later on when the rest of the audience arrived I was reunited with many more friends. One of the pleasures of attending live events in the social side; catching up with people and talking with them right there and then.

Richard's show lasted all evening with refreshment breaks and a question and answer session at the end. His shows tend to cover current affairs and interim reports; they're frequently updated, even during the tour period itself sometimes. In this lecture he spoke a lot about Madeleine McCann, a young child who was very famously abducted. He's also produced a four-hour documentary about the incident a DVD copy of which I bought from the merchandise stall: Buried by the Mainstream Media- the True Story of Madeleine McCann, see: http://www.richplanet.net/catalog/product_info.php?products_id=247; the film is now available online too: http://www.richplanet.net/starship_main.php?ref=185&part=1. Interestingly, the Skeptics always claim what people like Richard do is a "money making scam!" However we make hardly a spare penny from anything we do and Richard has even relinquished copyright on this production so people are free to distribute it as they se fit; he just asks for a voluntary donation. This is because so many people are interested in the subject of Madeleine McCann and Richard hopes he can sow some very widespread general misgivings by exposing what a sham the official story of it is. By comparison the Skeptic movement is big business and they hold very upmarket events at the plushest venues, see: http://hpanwo.blogspot.co.uk/2010/10/tam-london-2010.html. Madeleine McCann was three years old at the time she disappeared from a holiday apartment at an resort in . According to her parents they left her sleeping in a bedroom with her brother and sister while they went to a restaurant for a meal just a short walk away. They nipped back to the apartment regularly to check on the children and on one of these checks they found that somebody had broken into the apartment and abducted Madeleine. There was a huge international media storm and campaigns to "find Maddy now!" which raised millions of pounds. I thought this odd at the time; why was Madeleine McCann's case getting so much publicity when, sadly, children disappearing like this is not unusual; in fact similar events happen literally every day. Richard thinks Madeleine died in the apartment and her parents and their friends disposed of the body, and are covering up her death. The evidence comes from searches of the scene by sniffer dogs which picked up the smell of blood and dead bodies there. Also the McCanns' stories are full of contradictions and very imprecise information. The McCanns' "charity" is connected to some extremely untrustworthy people including high diplomatic officials, media spin doctors from Tony Blair's government, fifth column psychological mind-controllers and also supposed private investigators with links to fraud, espionage and organized crime. Even the Pope offered his moral support! The question is, did the parents murder Madeleine or did she die of natural causes? If it's the latter then why didn't they just say so? They were on holiday with a group of about seven friends, with children of their own, "the Tapas Seven" as they've been christened, and it looks as though they're involved too. Did one of the friends kill Madeleine? If so why are the parents collaborating with them? If the parents are the culprits then why are these friends collaborating with the McCanns? The entire group of people surrounding the McCanns even tried to frame somebody for kidnapping Madeleine; it's totally "Bob Lazar" as Richard himself would say. Why has Madeleine McCann's supposed kidnapping been made such a cause celebre involving such high profile people, front-page headlines and official institutions? Richard's documentary is a vital ingredient in any unfettered study of what happened to this poor little girl when she was supposed to be enjoying her holiday, but there are no certain answers yet. Richard speculates that it might have something to do with organized child abuse and MI5 involvement in it, like at Kincora Boys Home. Possibly, we know MI5 were involved, see: http://hpanwo-voice.blogspot.co.uk/2014/08/mi5-cover-up-kincora.html. 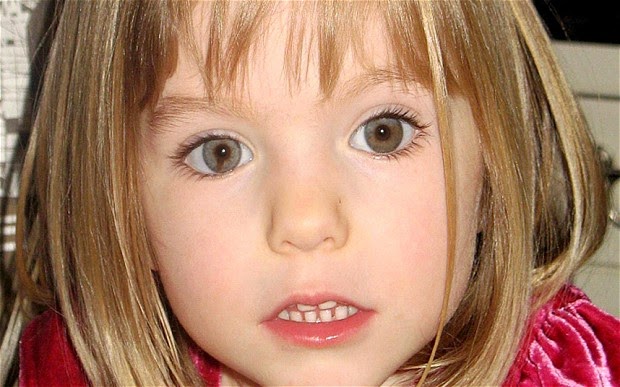 Richard, like myself, has an interest in exposing media propaganda. He has come to the same conclusions about the TV programme On Benefits and Proud that I have, see: http://hpanwo-voice.blogspot.co.uk/2013/10/on-benefits-and-proud.html. What's more he has discovered that the participants were deliberately misled and tricked into taking part. Richard was contacted by Plum Pictures who are making a "documentary" on the alien abduction phenomenon. I myself have been contacted by the mainstream media in a similar way, see: http://hpanwo-voice.blogspot.co.uk/2012/05/my-reply-to-renegade-pictures_06.html and: http://hpanwo-tv.blogspot.co.uk/2013/08/offer-from-channel-4_6.html. Richard's reply was very similar to mine. Richard phoned them up whereas I just wrote to them; they never replied to me because they knew they could not. Plum Pictures are covering Miles Johnston's Bases Project events and were there at Bases at the Barge a couple of months ago. I told them unequivocally I don't wish to be involved in their production in any way, see here from 23.50: https://www.youtube.com/watch?v=mMdyMb8ndPk. Richard has developed a very low opinion of Miles Johnston and his work. I don't agree at all and I think Richard is being unfair to Miles; Miles has done a lot of good work in raising awareness and distributing information. The AMMACH and Bases witnesses are always eager volunteers to be interviewed. Afterwards most of them remain pleased to have been involved. Many of these witnesses are close friends of mine and they feel they've achieved something and made a difference to the world by being on the sofa. In terms of their personal wellbeing they've commented to me that they find it healing and inspiring. This is not to say that Miles hasn't made a lot of mistakes; he's given a platform to some very incredulous characters indeed over the years, but all in all I think he's genuine and has done a lot of good. That being said, Richard is correct to criticize Miles for signing up with Plum Pictures, and I do so myself in my recent interview with Miles, see: http://hpanwo-radio.blogspot.co.uk/2014/06/programme-92-podcast-miles-johnston.html. It's an extremely ill-advised move, especially in light of recent experience, and when the programme is broadcast I think this will become very obvious. Richard is opposed to fracking and like Ian R Crane he understands that all the stated benefits of it from the pro-fracking lobby are a lie. There is nothing close to the amount of gas the government claims there is underneath our land; except Richard's figures are even more extreme than Ian's. Richard calculates that the actual gas reserves are well below one percent of estimates. Richard also spoke about the secret space programme and is interested in the testimony of the witness Edgar Fouche, an Area 51 insider who is speaking about his work on the illusive gravity-controlled TR3B aircraft and spacecraft, see: https://www.youtube.com/watch?v=BJy53lx_vCI. He thinks we should be suspicious of any whistleblowers promoted in the media, like Edward Snowden and Julian Assange and he's right. Why are people like Dr Judy Wood never on the BBC or Sky News? Good question. All in all this was an excellent presentation and I thank Richard for it and everybody else involved. I had to leave soon after the end of the event so was not able to attend the legendary party that usually follows Richplanet events. I slept on the coach home to and arrived back at about , tired but happy. I'm glad I went along.
See here for background: http://hpanwo-voice.blogspot.co.uk/2012/04/ben-emlyn-jones-on-richplanet-tv.html.
And: http://hpanwo.blogspot.co.uk/2010/10/my-interview-on-richplanet-starship.html.
And: http://hpanwo-radio.blogspot.co.uk/2012/08/programme-8-podcast-exopolitics-special.html.
Posted by Ben Emlyn-Jones at 17:59

To be honest, until Richard's mention of 'Miles Johnson' at the Margate show, I'd never heard of him. Or AMMACH. Since then, I've spent the last few weeks loving Miles' work! Fab stuff.

There's plenty of room in the Alternative Media for everyone. We don't need to take sides.