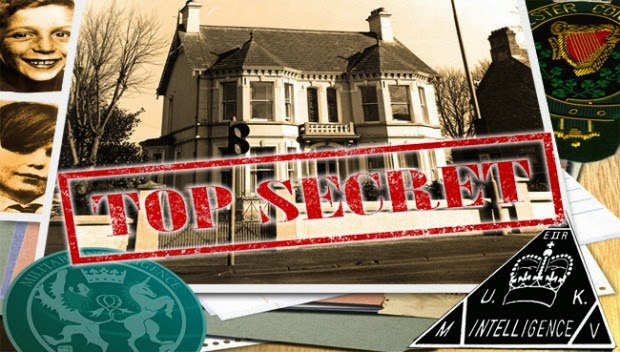 The Kincora Scandal is one of the biggest and most horrible tip-of-the-iceberg situations in the world. In the 1970's it was revealed that there was a "sex racket" going on at the Kincora Boys Home in , a sheltered accommodation centre for teenaged orphans. The investigations suggested that "prominent people" in the establishment of were involved, but in the end only a few members of the home's staff were prosecuted including the manager William McGrath, who was also a member of esoteric Masonic organizations like the Orange Order and "Tara". Brian Gemmell, a former intelligence officer who served in at the time, has made the admirable decision to speak out about how the UK Government suppressed a proper investigation of the scandal. In 1975 he wrote his own report on what had he learnt was going on in the home, but a senior MI5 officer ordered him to cease the investigation. Gemmell's boss was angry and rude as he commanded him to break contact with his agent on the inside and never speak of Kincora Boys Home again, see: http://www.bbc.co.uk/news/uk-northern-ireland-28597343. Gemmell's testimony is corroborated by Colin Wallace, another intelligence operative who was also blocked by the hierarchy from investigating Kincora; again we hear from him how "people of the 'highest profile'" were a part of this network, see: http://www.bbc.co.uk/news/uk-northern-ireland-28390411. The fact that such information has reached the mainstream news is symptomatic of a collapsing cover-up. It follows so many of these other recent nails in the coffin I discuss in the background links below. Could one of the world's "bigger than big" secrets be about to fall? I hope so. Not only for the sake of the children involved, but for us all. When the full scale of what organized child abuse really is... and who is involved in it... you will see people weeping in the streets. But it has to happen! Let the day roll on!
See here for background: http://hpanwo-voice.blogspot.co.uk/2014/07/did-thatcher-cover-it-up.html.
And: http://hpanwo-hpwa.blogspot.co.uk/2014/06/jimmy-saviles-hospital-crimes.html.
And: http://hpanwo-radio.blogspot.co.uk/2014/04/programme-84-podcast-brian-clare.html.
Posted by Ben Emlyn-Jones at 18:44