Half a Million denied Social Care 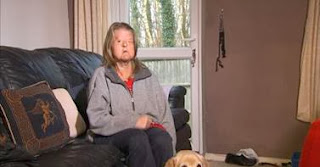 A friend on Facebook sent me this: http://news.sky.com/story/1182779/social-care-half-a-million-cut-out-of-service. I'm a pretty hard-nosed, level-headed kind of guy, but this almost drove me to tears of rage and sorrow. The plight of this poor blind lady is a virtual portrait of everything that's wrong with this world at the moment. The pathetic nonsense spouted by the councils about the "pressure of an aging population" is a pretty base excuse even by the standards I've come to expect. It's almost as insulting and stupid as the swine flu scandal, see: http://hpanwo.blogspot.co.uk/2009/08/economys-fawkt-its-your-fault.html. So now the economic Armageddon we're descending into is not only the fault of people who catch swine flu, it's also those who have the audacity to grow old; please give me a break! The amount of money spent on wars and banking bailouts could feed and clothe every pensioner in the country a dozen times over. In the movies there's always somebody with the balls to burst into the boardroom and say that out loud. Why can't life be like the movies?
Posted by Ben Emlyn-Jones at 17:49