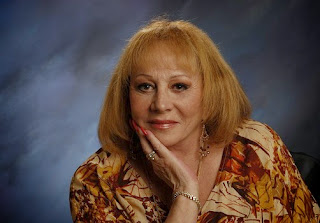 The celebrity medium, spiritual author and veteran psychic detective, Sylvia Browne, died last Wednesday, see: http://www.nytimes.com/2013/11/22/arts/television/sylvia-browne-dies-at-77-self-proclaimed-psychic.html?_r=0. Her death, from a stroke at the age of 77, has been greeted with mixed feelings. The world of Spiritualism will be mourning the loss of one of their biggest superstars, for instance see: https://www.youtube.com/watch?v=wmIixA62UW8. However the Skeptics of the world are not weeping. Their feelings are well summed up by the Skeptic radio show host Rebecca Watson, see: https://www.youtube.com/watch?v=9o8AUJ0l6nM. Sylvia Browne was born in in 1936 and relates that she had paranormal visions from early childhood. Her grandmother was a psychic medium and helped her make sense of them. Her great-uncle was also supposedly interested in UFO's, and this must have been long before the modern popular era of UFO's began. She has written dozens of books on Spiritualism and the paranormal, and also one in 2007 that I've read about secret societies. She has many times been a guest on paranormal TV and radio shows, like Coast to Coat AM. However her media career has also penetrated the mainstream very deeply and she had a regular shot on Larry King Live and The Montel Williams Show. When appearing on these programmes she made several huge blunders; or thoughtless lies, depending on your point of view. Two were particularly disastrous and these related to the missing children Shawn Hornback and Amanda Berry. In both cases she told the youngsters' parents, who were sitting in the studio audience, that their children were dead. However Sean was found alive in 2007 and Amanda was in 2013. She and her husband were also convicted of fraud at once point.

I think the Skeptics' hatred of Sylvia Browne comes from their general view of psychics, that they are all charlatans who use cold reading techniques and deception to heartlessly exploit grieving families. No doubt they are sometimes correct, but not all the time, as they claim they are; what's more sometimes even the courts disprove the Skeptics, see: http://hpanwo-tv.blogspot.co.uk/2013/07/sally-morgan-skeptic-fail.html. If Sylvia had lived the life of an ordinary medium, working the churches and occasionally appearing on specialist paranormal TV programmes then she would never have become the figure of loathing that she was. She would also have been a lot less rich... as well as expensive; several hundred dollars for a consultation. In this way she was a victim of her own success. If you agree with me, that some psychic mediums are real, then obviously they're still going to make mistakes and if Sylvia was really clairvoyant then she was no exception. The problem was that her fame and the level of publicity she'd achieved meant that her mistakes had far more terrible consequences. She was allowed access to some very high-profile mysteries that other mediums would not have been permitted to touch. She unfortunately lacked the professionalism that would make others hesitate to get involved. The media used her as much as she used them and the producers of Montel and Larry King should share the blame for the debacles that resulted. And of course the end result was that genuine paranormal investigation has been given a bad name. Of course, the next step in the Sylvia Browne story is to see if she pops back. I'll be curious to find out if any other mediums channel her soon.
Posted by Ben Emlyn-Jones at 14:04