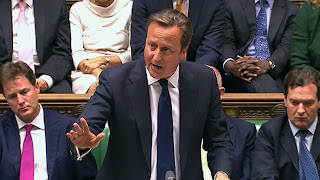 The UK Government has been defeated in the House of Commons over military intervention in , see: http://www.bbc.co.uk/news/uk-politics-23892783. What happens next? The answer to that question depends on whether whoever is manipulating the situation is regards 's involvement in the conflict as essential. One issue that of course will never come up in the political mainstream is that the background to the presence of chemical weapons in is so anomalous it essentially makes any suspicion of the Assad regime moot. A news article dated way back in January indicates that a British contractor called Britam Defence was organizing the shipment of nerve gas into the country from Russia via a contact in the Middle Eastern nation of Qatar, working in cooperation with the Obama Administration in America, see: http://web.archive.org/web/20130129213824/http://www.dailymail.co.uk/news/article-2270219/U-S-planned-launch-chemical-weapon-attack-Syria-blame-Assad.html. The title says it in as many words; this was a false flag incident. I discuss this subject in more detail in the latest programme of The Ben Emlyn-Jones Show, see: http://hpanwo-radio.blogspot.co.uk/2013/08/the-ben-emlyn-jones-show-programme-3.html.

If the manipulators insist of having the as an ally in this fraudulent war then I make a prediction: we will see more "incentives" appearing in the news, both real and faked. One has already happened that I pray is one of the latter, either way it is a psychological attack designed to horrify and disgust: http://www.bbc.co.uk/news/world-23892594. We might see even more provocation like this, maybe a direct assault on a British military base, an embassy or warship. A worst case scenario might be a terrorist attack on a major city in . Mark my words and see if it takes place! If it does, please do not assume that whoever the Government and media blame for it are the people who actually perpetrated it.
Posted by Ben Emlyn-Jones at 10:35

Hi, ABP News is a popular Hindi News Channel made its debut as STAR News in March 2004 and was rebranded to ABP News from 1st June 2012. ABP News is now being launched on SKY Channel 817 in United Kingdom. Visit us for more news in
ABP News