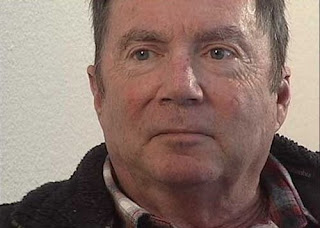 I'm very sorry to announce that Jesse Marcel Jr has died. He collapsed suddenly at his home yesterday and suffered what is likely to be a heart attack; he was 77 years old. Deepest condolences to his daughter Denise and his other family and friends. Here's his official website: http://www.marceljr.com/.

Jesse Marcel Jr was one of the most important witnesses to the Roswell Incident of 1947 (see: http://hpanwo-radio.blogspot.co.uk/2013/05/programme-46-podcast-citizen-hearing.html). His father was Maj. Jesse Marcel, the intelligence officer for the 509th Bombardment Group who first investigated the Incident. After he retrieved some of the material found by Mac Brazel he took it home and showed it to his family, including his son, Jesse Junior. The scene was dramatized in this excellent 1994 feature film about , at 19.17; Jesse is played by the child actor JD Daniels: http://www.youtube.com/watch?v=zzLptiNfqoY. Here's the real Jesse talking about that night and the strange objects his father brought home to show him: http://www.youtube.com/watch?v=f7disa2VJyg. Jesse grew up to become a doctor and worked throughout his life, long after most doctors would have retired; he practiced as an otolaryngologist. He also joined the US Navy and then the Montana Army National Guard. He trained as a helicopter pilot as well as a medic; the combination of qualifications making him ideal for being a flight surgeon. He served in the Iraq War in 2004, at the age of 68, attached to an attack helicopter battalion. During the last few years he has been an honoured guest at many UFO, paranormal and conspiracy conferences. Sadly I never got to meet him personally, but I have always admired him for speaking out about his experiences. His courage was not in vain. Rest in peace, Jesse.
Posted by Ben Emlyn-Jones at 15:07