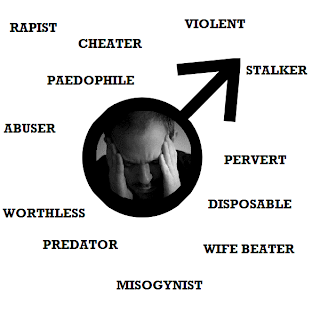 This poisonous article by Suzanne Moore in The Guardian is attempting to portray all anti-feminists as male chauvinists who feel "threatened" because they can't stand the thought of women not being their inferiors and "under their thumb"; worse, even appeasers of rapists, see: http://www.theguardian.com/commentisfree/2013/jul/31/backlash-against-feminism-manosphere-women?CMP=twt_gu. (Thanks to my friend and fellow-blogger Marmite Lover for bringing this to my attention) This is totally false and slanderous. My own opposition to feminism comes from my concern for civil rights and protecting the human world from malevolent psychological and cultural manipulation.

We're living a somewhat Orwellian situation in which "women and men are now equal, but women are more equal than men". Feminism is defined as: "a collection of movement and ideologies aimed at establishing and defending equal political, economic and social rights for women". (Wikipedia). This is a noble cause, and if it were true I'd be a hundred percent behind it. However feminism, at least in modern times, is really something very different. On the surface it seems to be not so much about freeing women as imprisoning men. What's scary is that most people don't appear to understand the difference and those who do often still support it. It is completely acceptable nowadays to turn somebody down for a job, a promotion or discriminate against them in other ways, for no other reason than because they're of the male gender. There are "man-free zones" in almost every town and city where we are banned, like dogs. Also masses of organizations and institutions of privilege that are "women only". There are numerous images in our media that ridicule and humiliate men; also scenes which glamourize and trivialize violence against men by women. This is all a part of the policies that come under the heading of "affirmative action" or "positive discrimination", as it also applies to black people and many other minorities. The idea behind this is that it's necessary to discriminate positively because there is a kind of "tidal set" in society against such minorities which needs to be countered (although women are actually a small majority, 51% or so of the population). But for me the solution is to find out where the "tidal set" is and remove it! Hence my suspicions are aroused; what's really going on here? Also when you ask a feminist, or a proponent of another form of affirmative action, to justify their stance, the reply you'll usually get is something like: "Well this is what women had to put up with for hundreds of years!" Does this justify treating men the same way now? Is it really equal rights you want... or blind revenge? You can't fight injustice by trying to cancel it out with another injustice; all you get is a double-dose of injustice. As the former BBC newsreader and men's rights campaigner Michael Buerk said: "All we're good for is sperm donation!" Well we can easily perform that duty from inside a concentration camp! 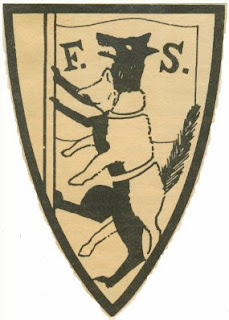 However, whether or not you agree with these measures, what if the objective of all this is not to fight injustice at all? The origins of modern feminism have suspiciously close links to the Fabian Society, indeed Emmeline Pankhurst, famous leader of the Suffragettes was a member, see: http://www.fabians.org.uk/about/famous-fabians/. The Fabian Society is a part of the cultural Marxist "Fifth Column" network which includes Common Purpose, the Rand Corporation and the Tavistock Institute. These organizations all use psychology to change people's behaviour on an individual and collective level; this excellent documentary covers the subject in detail: http://www.youtube.com/watch?v=cW_rIdd69W8. In fact everything fits into place if you consider an alternative theory, that feminism is not really about setting women free, that instead it's part of a Fifth Column agenda to generate artificial and unnecessary conflict in society, to breed resentment between people, create tension where none need exist. This is a feature of society that I've noticed is very widespread and covers multiple subjects; that people must be in a constant state of rivalry and internecine hatred. We are told this is the natural state of human nature, but if this is the case, why do the authorities spend so much time and energy on maintaining it? Why don't they just sit back and watch the show while we, the people, tear each other to pieces? Most feminists are of a left-wing political persuasion, people who oppose racism and religious bigotry and so can't be divided along those fault lines. Put yourself in the position of the manipulators; what do you with people like that? "I know, let's take one half of them and set it against the other. Gender war!" I support women's liberation and women's rights completely and am totally opposed to any mistreatment or deprivation of my fellow humans of the fairer sex. There are women with perfectly legitimate grievances over oppression, prejudice and unfairness, and these should indeed be sustained. But feminism is not the solution. Feminism is a deformed and fraudulent monster that gives the illusion of being benign and progressive, when it is in fact the opposite; it is a massive con trick designed to incarcerate both men and women. It's a wolf in sheep's clothing, which, as you can see above, is one of the motifs of the Fabian Society.
Updates: Red Ice Radio have done a series of interviews on feminism that are essential for further information, see: http://www.youtube.com/watch?v=HX2PGypKHZU.
And: http://www.youtube.com/watch?v=9TYq6RlWdBc.
And: http://www.youtube.com/watch?v=aBZKw1bynMk.
Posted by Ben Emlyn-Jones at 14:03

Quite right you are Ben. Few people know the CIA is british Tavistock owned and operated and the first feminist magazine was a US publication called Ms which railed against men in the sixties. Then, no surprise, the whole media took up the cry simultaneously. Another Tavistock exercise.
It was first used by the bolsheviks in 1917 to break down the established CZARIST family oriented society, It was mistakenly left in place, running for the entire duration of the soviet empire, and according to Mikhail Gorbachev, played a significant role in the collapse of that empire.

I don't think the Fabian Society reference is particularly valid beyond poisoning the well. It's like highlighting certain suffragettes had links to the far right. It's also worth remembering that feminism is an overarching goal and the methods by which sub-groups seek to achieve their methods can vary.