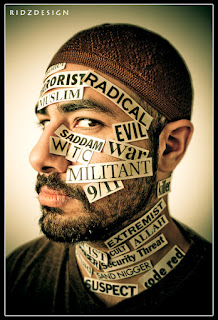 This video is doing a viral round at the moment. Can you see anything wrong with it? The answers are below, but watch it first and see if you can spot the suspicious elements yourself!:

The main problem I have is that all the malign action the reporter describes is off camera. At no point does the cinematographer try to show us the hostile attack they report. We first hear: “People are on mobile phones gathering a mob”, but they’re off camera. Next we see cars pulling up, but that could be for any reason. There is a group of young Muslim men there, but they appear to be fairly friendly; some talk to the reporter in a diplomatic manner. They seem to me more like a bunch of blokes simply curious about the presence of a film crew in their local neighbourhood. Then the camera view starts wheeling around and we hear the tinkling of breaking glass, and we are told that the film crew are under a glass bombing assault, but we see nobody throwing any bottles nor any broken glass at the scene. For all we know, the noise could have been added to the soundtrack in post-production. The whole scene is accompanied by sinister music.

So why would anybody fake an attack by Muslims in Burnley? Because there is a disinformation campaign going on in the media to set up Muslims as the “evil bad guys”. 9/11 was supposed to be the initial impetus; that impetus failed, but the manipulators are going ahead anyway. The Innocence of Muslims film and those stupid Danish cartoons are a part of this scam too. This video is very popular so if it is a fraud it needs to be exposed.
See here for important background: http://hpanwo-voice.blogspot.co.uk/2012/07/bnp-mad-dogs.html