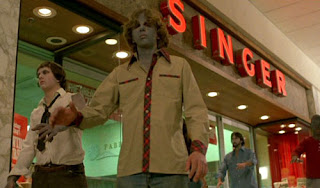 When I first saw this article I checked the date to make sure it was not April the 1st! The Guardian has discovered through the Freedom-of-Information Act that Bristol City Council has drawn up contingency plans for how to handle an attack by zombies. What you thought was merely the stuff of horror movies is being taken seriously by the Government. See: http://www.guardian.co.uk/society/2011/jul/07/when-zombies-attack-bristol-city-council-undead-invasion . It has even pinpointed certain districts of the city like Totterdown, Shirehampton and Whitchurch Park as high-risk for a potential emerging outbreak. It also claims that it detected “false-positives” in the Stokes Croft area, meaning the threat apprently already exists! The Council gives no reason for why it thinks this way or why it has chosen to carry out this planning programme, but as you can see, a lot of the article has been abridged for “reasons of national security!” My first thought, after I’d eliminated the joke hypothesis, was that the Council was using some kind of code. “Zombie” might refer to social disorder, as Stokes Croft was recently the scene of a riot. However, and I’ve said this before regarding UFO theories: why would the Council use a codeword that was bound to attract even more attention, as well as incredulity, to conceal something? It’s like a spy wearing a clown costume. This whole affair reminds me a bit of the time firemen in America were instructed on how to handle UFO incidents, see: http://hpanwo.blogspot.com/2008/02/ufo-handbook-for-firemen.html

The legend of zombies date back long before the age of modern horror movies; they emerged out of ancient African magickal rites connected to the artificial reanimation of human corpses. This influenced horror fiction and produced such books and films as I Am Legend, Night of the Living Dead and its sequels, and the Resident Evil series. What happens in these stories is that the corpses of the recently deceased are reanimated with an artificial inhuman consciousness through some supernatural means, or science-fictional in the case of I Am Legend. These undead corpses run amock killing and injuring living humans. Usually injured humans become zombies themselves as a result of the injury, as if there’s an infectious element to the zombie state. The idea that the zombie archetype might be based on truth in the prehistoric and extra-historic past is something I do take seriously; after all there are similar themes to Western Occult traditions. However, the idea that the possibility exists of real zombies emerging into the modern world is one I find outrageous and I consider this news story to be extremely bizarre and implausible, even by my standards! Nevertheless I am duty-bound to report any updates and I will.
Posted by Ben Emlyn-Jones at 15:27