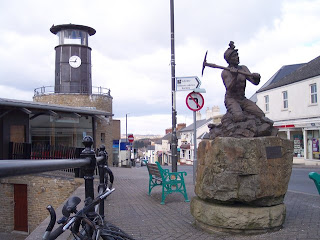 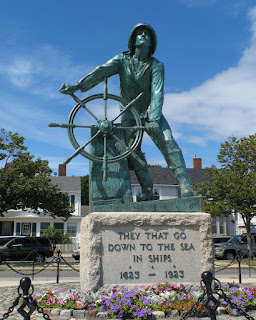 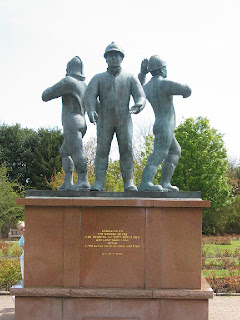 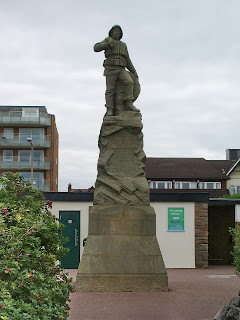 St Annes' Lifeboat Memorial (This is one I'm very familiar with!)

This article is based on the discussion on this HPANWO Forum thread: http://hpanwoforum.freeforums.org/are-the-armed-forces-a-religion-t331.html

Here I provide pictures of a selection of memorials for men wounded and killed doing dangerous non-military jobs. It’s impossible to walk down a street without seeing the military memorials, standing in pride of place like sacred temples, but if you look carefully you’ll find the others, tucked more modestly away from view in case they dare come close to surpassing the monuments of the Military Religion. Whenever you turn on the TV or open a newspaper the word HERO will jump out at you and hit you in the face. You’ll hear how a soldier has tragically died in Afghanistan; a regular event nowadays. However, and very contrary to popular belief, being a soldier in Afghanistan is not the only dangerous job you can do. What I have just said is an act of heresy! But it’s true. As I explain in the background articles and films linked above, being a soldier is definitely not the only difficult and dangerous job in the world by a long way, but there are definitive political and culturally-manipulative reasons why being a soldier is portrayed as exceptionally dangerous and somehow set apart from other occupations into a category of danger and difficulty of its own. It’s also a job in which the hazards may not be as extraordinary as is commonly accepted, but the rewards certainly are. There’s a lot of fuss in the media about how army recruiters in America and other countries are using high unemployment as a whip to press-gang young men into the service, but in fact I’d say the pseudo-religious aspect of the Armed Forces has been underestimated. Going into the army just to find work may only come secondary to the prospect of becoming a social God. This is why I’m promoting these non-military memorials, it gives us a way to take a step back and have a more balanced look at the world, instead of the blinkered one given to us by the media.
Posted by Ben Emlyn-Jones at 21:41

please can you visit here..