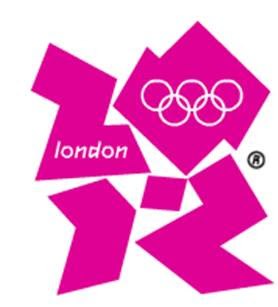 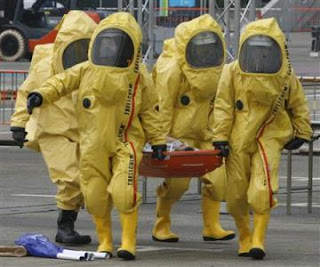 (Thanks to my friend and fellow-researcher Heidi King for discovering this.)

The Police, Emergency Services and Armed Forces are carrying out a terrorist drill in London designed to train and test themselves over how they'd react to a terrorist attack during the upcoming London 2012 Olympics. See: http://uk.news.yahoo.com/pre-olympic-anti-terror-drill-held-033155709.html Seeing as the 7/7 attacks and the 9/11 attacks both took place during mock-terror drills I reccomend that we tell as many people as we can about this, and stay out of central London while this operation is going on.

(Addendum 23/2/12) The actual dates for the drill have not been published yet. Thanks to Lemonpie on the HPANWO Forum for beinging this to my attention.
Posted by Ben Emlyn-Jones at 12:33

The Authorities will say that they would negligent if they didn't carry these out... and most people will buy that 'reasoning'.
Some of us know different though!
I will eat my proverbial hat if nothing happens this summer.
We need to be diligent, so thanks for posting this on.
Hope all is well my friend.
Carl (The 'Guide)

Hi Carl. These drills are effectively psychological attacks on us. Like when the parked a tank outside Heathrow Airport. What good is a tank againt terrorists? It's an image that frightens, it's not there for practical purposes.