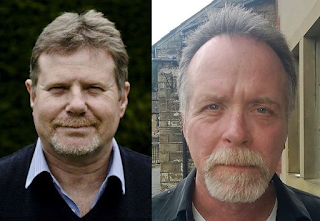 See here for essential background: https://hpanwo-voice.blogspot.co.uk/2017/11/the-larry-warren-controversy-part-26.html.
Gary Heseltine has released the following statement:
"UFO TRUTH MAGAZINE MAJOR ANNOUNCEMENT:
Title: Cold Case: Rendlesham Forrest Incident. New evidence 2017
Larry Warren, the original military whistle blower of Britain's most famous and unsolved cold case, The Rendlesham Forest, recently agreed to undertake a professional polygraph test with one of the ’s leading experts.
He undertook the test where he was questioned about his involvement in what has been called the 'Capel Green' incident. Along with many other questions about his general honesty and integrity.
I can now reveal that Larry Warren has successfully passed that test on all counts. Further details regarding the polygraph test will be revealed on December 28th, BST, to coincide with the 37th Anniversary of the incident.
Gary Heseltine
Editor
UFO Truth Magazine
https://www.ufotruthmagazine.co.uk/"
(Source: https://www.facebook.com/UfoTruthMagazine/posts/1554662357903192?pnref=story)
I have known about this development for quite a long time and not been able to speak publicly about it. I'm glad now that I can, with at least some of it. There is still much more to come that is still currently confidential; but eventually all will be revealed. The response from the LWHC has been the Facebook frenzy that is so predictable it feels like a waste of effort even to mention it. Many of them have now decided, with no knowledge at all about the subject or this study, that polygraphs are not reliable. Strangely they did not make this claim when polygraphs have been used before, for example to verify the story of Travis Walton. As I said in the last segment, the movement now centres around David Young. He has posted some deeply spiteful personal comments against me related to the documentary made about my family by Vika Evdokimenko, see: https://vimeo.com/7449271; as you can see, so has James Welsh (See here for more details: https://hpanwo-voice.blogspot.co.uk/2011/06/relative-madness-online.html.). Oddly enough at the same time David also invited me out for dinner and a civilized discussion about the "evidence against Larry". Unfortunately David has long ago disqualified himself from any right to a civilized dialogue by his conduct towards me and others, therefore I decline.

When posted his statement I noticed that Peter Robbins unfriended me on Facebook. How strange. I have written a lot about Peter in this series, including some fairly harsh criticisms of him, yet he endured them all without formally breaking contact with me. Why has he chosen to do it now? The reason is, I think, to do with the fact that this new development means that the mission to defend Larry Warren against the lies and defamation told about him is almost accomplished. I've noticed before how when faced with people who show no regard for evidence, showing them more evidence will not help them. They merely dig in even deeper, shelter themselves from dissent even more fiercely and become even more clannish and isolated. After I read Dr Stephen Law's Believing Bullshit and talked to the author about how we would know if we were trapped inside an "intellectual black hole"; I think the answer is simply when we have feelings of hostility to contradictory information, see: http://hpanwo.blogspot.co.uk/2011/07/skeptical-renaissance.html. The hardcore LWHC will never change their position, no matter what we say or do. All we can hope for is to make some of their fellow travellers, fence-sitters and hangers-on reconsider. This is not going to be the last segment of this article series, but I don't think there will more than about one or two more. The end is near and the case is almost closed.
See here for the next part: http://hpanwo-voice.blogspot.co.uk/2017/12/the-larry-warren-controversy-part-28.html.

And You know all about polygraph tests being the expert?
No did not think so!
The evidence confined to a polygraph tests cannot be used in a court of law as they give off positive and negative results dependent on the subject.
Liars have both passed and failed, those telling the truth the same.
Mass murderers have even passed the test.

You cannot have one single bit of evidence and announce its definitive that is just absurd however lets see the rest of the details in regards to the test and the questions asked, or was a drug test taken prior to the test? did you have a 3rd party adjudicator present?
What do other experts think of polygraph tests?
Any expert whim sells the test for a living if course they will say it works.
McDonalds sell bad food and claim its not unhealthy however other experts like doctors will advise the opposite.

Tiny minds only look at one piece of evidence.
Researchers? LMFAO.
The whole UK UFO scene is bollox.

Anon, I can assure you that the polygraph done was the best service available. Modern polygraphs are very reliable indeed. You've not given any examples of your claims of inaccuracy for them and you fill the rest of your post with mindless rhetoric. I think you know you're going down with a sinking ship and you're scared.

I can provide article after article, university pdf file after pdf file.
I think it's you that is misguided.
Let me know if you want more?
It's not about going down with a sinking ship and you know it, it's about being open with evidence whenever the road leads, if evidence came along that is beyond doubt that Larry is telling the truth, i would also post that , it's not about sticking with buddies or looking after a brand.

Ben you say that modern polygraphs are very reliable, but critics believe that polygraphs are only successful about 70% of the time, and this percentage rapidly drops with potential use of drugs to mask a reading by a subject, even special forces units, the CIA are now trained to beat the polygraph, by meditation and breathing exercises, and reports offer that this reduces the polygraph success rate down to between 10 and 17% .I think if I had a machine or car that only worked at most 70% of the time I would not call it reliable, I'm also hoping that the results of Larry passing a drug test beforehand will be available, as this is one of the allegations that he was a drug user, As for claims of inaccuracy where would you like to start? the numerous serial killers who successfully passed the polygraph, maybe Aldrich Ames, it does not take much research to find anyone who has beaten a polygraph and may I suggest That I don't agree with Anons touch of Sarcasm attacking you, I also find your lack of research and openness to the genuine points that Anon has made, actually quite short sighted and very closed minded.

Anon and Golfghost. I can't reveal any details at the moment, but I know that the test Larry was subjected to was the absolute best available by one of the world's leading experts. Bear in mind that this test is not a standalone piece of data; it is part of a much larger investigation into Larry Warren's case. You will have to regard it in that context and that includes the rest of the information in this article series. I don't think I've been closed-minded at all. I have responded to your comments in the same tone they were made ;-) Please watch this space for updates.

Now Ben is exaggerating the facts!
Gary Heseltine stated it's a UK leading expert now Ben states it's a Worlds leading expert, So which one is it?

So You know better than the studies done already Ben stating they are not accurate as per links?
Time to find more University PDF files stating in the conclusion that polygraph tests are not 100% accurate.

How Much would You like to see Ben before You admit the same conclusions the real experts do?
https://www.nap.edu/read/10420/chapter/7

http://www8.nationalacademies.org/onpinews/newsitem.aspx?RecordID=10420
Shall I keep going?
Ben what other real evidence do you have?
All I have seen on the blog is words.

Anon, I didn't hear you making these comments when a polygraph test was used to verify Travis Walton's experience... You're clutching at straws with the difference between "world" and "UK". That's pure semantics.
The party's over.
Larry has been exonerated and you know it, even though I'm sure you will never admit it. Future publications of evidence will only reinforce that inevitable outcome.

Golfghost, now you are simply being rude. I'm not publishing your comment.
Anon, please get back in touch when the full story comes out. Thanks :-)

I will no longer be accepting comments in this box until there are updates on Larry Warren's case.