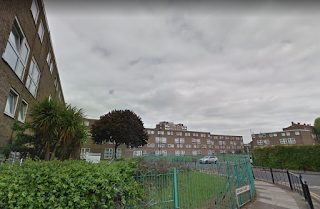 I'm sorry to report that a man in has died from severe burns. He was found lying in a street on Wednesday evening with his body on fire. The cause of the fire has not been determined. Source: http://www.bbc.co.uk/news/uk-england-humber-42502220. However, there was a very similar case in London on Friday the 15th. John Nolan originally came from and was a retired construction worker. He was walking down a street in Haringey where he lived when he suddenly burst into flames. Passers-by attempted to extinguish the blaze and he was taken to a hospital burns unit, but unfortunately Mr Nolan died. Source: https://www.standard.co.uk/news/london/man-dies-after-mysteriously-bursting-into-flames-while-walking-down-street-in-north-london-a3720161.html. In both cases the cause of the fire is unexplained. It is possible that both events are examples of a tragic but fortunately very rare paranormal phenomenon called "spontaneous human combustion". This is where a person catches fire and burns with no obvious source of ignition, in connection with a number of other unusual features. The incineration of the body is complete; even bones are consumed. There is little or no fire damage to the body's surroundings; for example, a victim may be sitting in an armchair with a newspaper on a table beside them and the newspaper did not burn. The process is often very sudden and speedy; the victim does not have time to try and put out the fire themselves or even cry out for help. Skeptics claim to have explained this by something called the "wick effect"; this is where the victim's clothes function like the wick of a candle. In these cases the combustion is not as fast as it first appears in initial reports. However other researchers dispute this. SHC has been recorded since the 19th century and has always had a certain level of popular awareness. Charles Dickens has one of his characters, Mr Krook, die by SHC in his 1853 novel Bleak House. Having looked at this subject in detail I can find no explanation for it and I'm not convinced by the skeptic ones. Could these two recent cases be SHC? I'm not sure. There are many differences. Mr Nolan, the man in , was seventy years old and SHC victims tend to be elderly, but they also tend to be infirm. Mr Nolan was walking down the street indicating he had reasonable mobility for a man of his age. We don't know the age of the man in yet. Also SHC is rare and it would be statistically very unlikely for there to be two instances in the same country within a fortnight of each other. Neither of the two men's bodies was instantly immolated; there was time to move them to hospital and attempt to save their lives. This is probably not a classic case of spontaneous human combustion, but we'll see if more information comes out.
See here for more information: https://hpanwo-voice.blogspot.co.uk/2016/01/boleskine-house-fire.html.
Posted by Ben Emlyn-Jones at 19:30