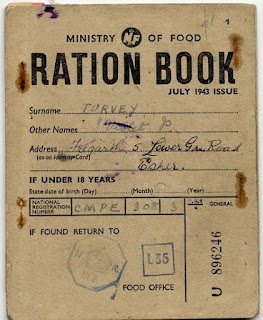 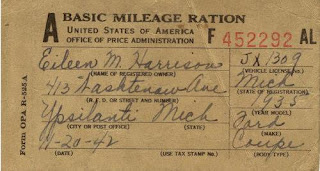 See here for essential background: https://hpanwo-voice.blogspot.co.uk/2017/03/the-larry-warren-controversy-part-10.html. Tino has made a new video with me about my being banned from a conference, see: https://www.youtube.com/watch?v=uOWN4S2sNwo. (Interesting the URL has the letters "NWO" at the end).
In the meantime things have gone from bad to worse for Larry Warren as new emerging evidence is making him look frankly more suspicious, rather than less, as I was hoping. Thanks to a Facebook friend (Yes, I still have a few of those left) called Malky. Malky has discovered a good old classic 1940's ration book with Larry's handwriting on it, see illustrations above. I challenged Larry on this matter and he told me he'd only borrowed Jim Penniston's time machine; he had intended to return it, but forgot. Anyway this handwriting needs to be verified. Anybody got £600 spare?
See here for the next part: http://hpanwo-voice.blogspot.co.uk/2017/05/the-larry-warren-controversy-part-12.html.
Posted by Ben Emlyn-Jones at 08:39