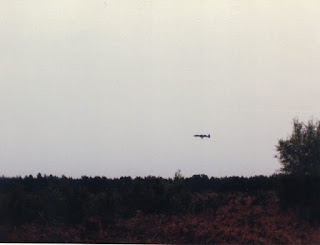 See here for essential background: http://hpanwo-voice.blogspot.co.uk/2017/02/is-larry-warren-fraud-part-6.html. The battle for Larry Warren has settled down again, but this time on a higher plateau. I continue to find daily threats of legal action in my inbox, for all the various laws that I haven't broken. The bollocking I got off Larry's solicitor is clearly not enough for these people; they want more revenge. I've also been informed by some individuals, those with access to the expanding event horizon of cyberspace shut off from my gaze by the wall of blocked social media users, that my name continues to be blackened. I am alleged to be in possession of the addresses of all the letter's recipients and I apparently intend to publish them, or pass them on to the first homicidal axe-murderer who comes my way. The good news is that nobody outside the echo-chamber of the anti-Larry cult believes this claptrap... and frankly I question how many within it do.

However, are there any prints currently available we can consider accurate? I was contacted by somebody whom I'll call "Joan"; that is not her real name. She is a scientist working in the academic sector and in her position, publicly proclaiming any interest in UFO/conspiracy/paranormal matters is not career-enhancing, to put it mildly. Joan has analyzed the photograph given to by Barry Greenwood. One of her jobs at work is to enhance images for publication in scientific journals. She is concerned by a dark blob and a white line on the scan of the print which is roughly where the anomaly appears in the Sayer/Martens image. There is supposedly nothing anomalous present, but these artefacts can be seen looking closely. The A10 aircraft in 's print looks thin, as if there's been some resolution loss from additional processing. It's also at a slightly different angle to the one in the first print. This could indicate a montage, a print produced from two different images superimposed. This is a common method of blanking out some kind of detail that one wishes to hide. This is most certainly not definitive, and I must make it very clear (even though I know certain people are going to put words in my mouth no matter what I say), I am not in any way accusing Barry Greenwood, Lawrence Fawcett or any other individual of tampering with the image under discussion. Larry Warren's support team are not pursuing this matter at present and I am mentioning it here completely of my own independent volition; I do not speak on this matter for Larry or any of his friends and helpers, only for myself. Joan has corresponded with me alone and has not approached any of them at all. I personally think it could be significant and wish to place Joan's discoveries on the record. 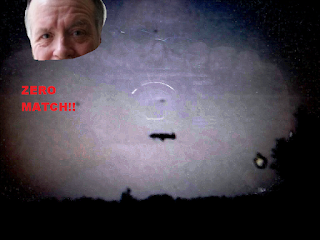 There's been progress on the analysis of the photos published by Sacha Christie which I talk about in Part 4. I pointed out that the mirror image looked as if it had been altered, see: http://hpanwo-voice.blogspot.co.uk/2017/01/is-larry-warren-fraud-part-4.html. The above image, rendered by Tino, has the upper part of Larry Warren's face superimposed next to that of the reflected face. The reflection is far too indistinct to get a provable positive ID, as I've said before. I must say it does look rather familiar... but I will not name the person I think it is because I cannot prove it. However I think we can all honestly agree who it is not: Larry Warren. There is a lot of work going on in progress that I know of that I am not currently at liberty to discuss, but I'm very excited about what is to come. As I said in the background article at the top, Larry is going to be exonerated and all this nonsense will soon be over.
See here for the next part: http://hpanwo-voice.blogspot.co.uk/2017/03/the-larry-warren-controversy-part-8.html.
Posted by Ben Emlyn-Jones at 20:30

Larry Warren did no hoax this image there is no way and I too have been to Rendelshem in the autumn and winter, and the ferns ARE brown then. From March onwards they turn green so the 1985 stuff is rubbish. Like myself and you have experienced Ben there are those out there that simply just want to shut you up and target you, and will do all they can to fabricate and bring you down. It doesn't work trust me...
Darren Perks (the real one)

That's good to know, Darren, thanks. And I know you've had first hand experience of the same kind of hate campaign Larry has.