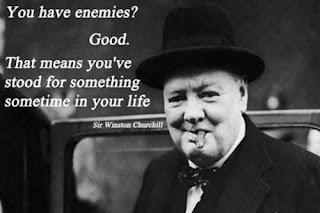 See here for essential background: https://hpanwo-voice.blogspot.co.uk/2017/01/is-larry-warren-fraud-part-5.html.
The term "Warrengate" has caught on in social media and I must accept full blame for that. Apologies; I should have kept my mouth shut. Whatever name you choose to give this melee, it has escalated considerably since the previous article in this series. Larry Warren has sent Sacha Christie and her three closest collaborators a cease-and-desist notice, similar to the one I drafted for Trystan Swale, but have never had to send, see: https://hpanwo-voice.blogspot.co.uk/2016/08/trystan-swale-and-my-perceived-racism.html. Larry distributed copies of the notice to his friends and gave us permission to publish them, which I did on Facebook. Before sending the copies to us, Larry made sure that they complied with the Data Protection Act of 1988 by blanking out the addresses. The response to my posting the letters was outrage. I received an email from one of the recipients that reads: "Read the top of those fucking letters, ! 'PRIVATE AND CONFIDENTIAL'. I'll be complaining to 's 'solicitor' about your posting our 'PRIVATE AND CONFIDENTIAL' letters. YOU should not have had access to them, and to list them is actually ILLEGAL! You've really done it with me, Jones! I'm fucking fuming! FUCK YOU, Jones!" They then go on to threaten me with legal action. I've not done anything illegal at all. I have never had access to any of the recipients' addresses and if I had I certainly would not publish them. However, I've been informed by a solicitor that it was still improper legal practice to share a confidential letter and that neither Larry nor I should have revealed its contents publicly. Facebook have removed my post after somebody complained. However, if a person can engineer a forced overreaction to asking a polite question of a retired American UFOlogist (see previous article), just imagine where they can run with this. No doubt in the expanding region of social media I can't see because of the various people I've blocked, Larry and I are being smeared as mad axe-men and stalkers etc. If the email I received is anything to go by then I can well expect it. The cease-and-desist letters are gone now and I will not repost them. That's a statement, not an apology. I do not apologize to people who hurl abuse at me and tell lies about my character.

I feel a lot better with these developments though. It means Warrengate is entering its endgame. All wars follow this pattern; they start with conflict, hostility, accusation; then threats and ultimatums. Then there follows a usually shorter period of all out engagement until one side has won and the other lost. Then it's finished. This has been the worst Truth mob I've ever had to deal with and I just want it to be over. People on both sides have said this. It would be wonderful if it could all be done and dusted before its first anniversary in May. Then perhaps the UFOlogical community can begin healing. Maybe one day we can become the community we once were before. Of course there will be some permanent damage. There are some people I will never be able to interact with socially again; but luckily only two individuals I can think of; perhaps three. If we attend the same conferences or other events I'll just have to get used to staying out of their way. Like with Trystan Swale, I will not be so childish as to refuse to speak at events, or host them, because of being thrown together with these individuals. I'm willing to show all people I share a stage with a basic level of professional courtesy for the sake of the spirit of a conference, see: https://hpanwo-voice.blogspot.co.uk/2016/11/assap-seriously-suspicious-conference.html. Based on the evidence I've seen, much of which I've described in this series of articles, I am convinced that Larry Warren is going to be exonerated. However this contretemps has taught me that there are two separate issues at stake here and the outcome of one is not necessarily connected to the other. One is, of course, whether or not Larry is a fraud; I think he is not. The other is the conduct of the people involved. I'm not going to pretend it's a one-way street and everybody on Larry's side has been lilywhite throughout, but nothing Larry or anybody else has said and done can justify telling somebody, without provocation, however evasively, that they were sacked from their job because they bullied disabled people. The same goes for portraying a suggestion that people send polite emails as an attempt to gangstalk an elderly man. There is no excuse. There is no response I can possibly give. There is no way I will ever allow a person who does that back into my life again.

It's all been a steep learning curve for me, and this will of course not be the last instalment in this series of articles. There is more evidence currently being processed that I cannot reveal at this juncture. It's frustrating because, as I said, I desperately want an end to this repulsive business; but Larry's support team of experts are working as fast as they can. I am proud to have played an active role in defending my friend, the genuine UFO witness Larry Warren. I believe I have chosen the side of good in this battle. It would have been very easy for me to have simply walked away, stayed out of it for the sake of a quiet life. Larry's antagonists are also very confident of victory, mistakenly I would say. When this is all over I think they're going to be deeply disappointed. But there will be no gloating or vainglory from me; I promise. I'll just be happy that we have all finally awoken from this nightmare.
See here for the next part: http://hpanwo-voice.blogspot.co.uk/2017/02/is-larry-warren-fraud-part-7.html.
See here for additional background: http://hpanwo-voice.blogspot.co.uk/2016/09/truth-mobbed-again.html.
And: http://hpanwo-radio.blogspot.co.uk/2015/12/programme-167-podcast-shill-special.html.
And: http://hpanwo-tv.blogspot.co.uk/2016/06/the-shill-squad-2-ben-fellows.html.
Posted by Ben Emlyn-Jones at 15:18