Free Energy in India and Shetland 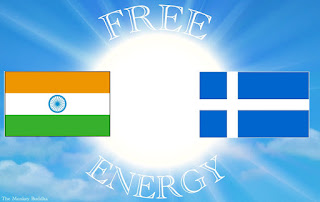 The profile of the free energy issue has been raised to new heights in the last twelve months, and it's not entirely due to my Energy Politics and UFO's 2015 video, see background links at the bottom. It might be partly to do with the renewed drive towards UFO Disclosure, see: http://hpanwo-tv.blogspot.co.uk/2015/10/ufo-disclosure-2015-truth-or-greer.html, and also the publication of the Keshe Foundation's "Magrav-Power" invention, see: http://hpanwo-tv.blogspot.co.uk/2015/10/keshe-foundation-free-energy-release.html. In April an article appeared claiming that is about to go public with free energy. It even states that regards this act as a matter of "national pride". I've found no official Indian government documents on this matter, but the specific project the article mentions is real. It is led by an electrical engineer called Paramahamsa Tewari, a former designer in 's conventional nuclear power programme. He's worked on building nuclear power stations and has also been employed by other countries, including . However, his work has taken him onto less well-trodden paths. He has developed the "Reactionless AC Synchronous Generator- RLG". Paramahamsa Tewari has years of experience, having graduated from the engineering in 1958. He has always had an open mind when it comes to over-unity and confirmed the findings of Bruce DePalma and his N-Machine. DePalma was murdered in 1997 shortly after Dr Edgar Mitchell warned him not to pursue his free energy work, see: https://www.youtube.com/watch?v=m5_SKaGaMh8. Tewari replicated DePalma's discovery and has produced his own device which he claims has an over unity factor of 250%. This means the energy output exceeds the input two and a half times. This is staggering; and most physicists say that this is impossible because it breaks fundamental cosmological laws, the conservation of energy, entropy, thermodynamics etc. However these results are real data and cannot be ignored simply because they breach previously held beliefs; they are either right or wrong. It's possible that inventions like Tewari's tap into the zero point field; an enormous underlying reservoir of energy built into the very structure of the universe. Conventional physicists deny that the zero point field can ever be reached by man-made endeavours, but the output meters keep rising and the energy has to be coming from somewhere. Free energy is not dependent on projects of high budget, breakthrough technology and heavy industrial methods either. Over-unity has been achieved in surprisingly simple systems, such as Viktor Schauberger's "trout turbine", see: http://hpanwo.blogspot.co.uk/2009/06/alternative-view-ii-part-4.html. "Cold fusion" can be created using a common-or-garden test tube and two electrodes; a schoolboy in a science class could do it, see: http://hpanwo-tv.blogspot.co.uk/2012/09/martin-fleischmann-dies.html. There is a conspiracy to suppress this fact which I describe in detail in the background links below. Those behind the suppression have typically used television to get their false message across, for example: https://www.youtube.com/watch?v=Dvmq5-cf9aw. For some reason, that smiling Simeon of the small screen, Prof. Brian Cox, has kept very quiet about free energy so far, but expect him to become more vocal in the next few months and years, see: http://hpanwo-voice.blogspot.co.uk/2013/09/prof-brian-cox-watch-this-space.html.

Paramahamsa Tewari's Reactionless AC Synchronous Generator looks intricate from the outside, but it is actually adapted from a simple electric motor, not unlike the original invention of it in 1832 by Michael Faraday. The machine consists of a metal shaft that acts as an electric conductor. This is placed inside a set of magnets whose flux causes the rod to rotate. This is nothing revolutionary; in fact it's the simplest electrical engine possible and is already in use almost everywhere, from sliding doors to railway locomotives. However Tewari has allegedly discovered a way of rearranging the magnets to produce an amazing property. The magnetic field stops producing torque on the conductor so it does not spin round; and instead generates an electric current that can exceed the one used to power the magnets. It is extremely simple to build and uses the same materials needed to make conventional electric motors. Another engineer, Toby Grotz, has visited Dr Tewari's laboratory and says he has independently verified it. The two of them took the blueprints to an electrical factory and the chief engineer of the company was so impressed that he immediately bought the rights and ordered a production line opened for them. Tewari and the company also assembled a team of designers to improve on the original model. A utility company in is also interested and has arranged tours for Tewari and his team. This company has not been named in Tewari's sources, nor has the first electrical company the team came from. However they have released the name of a third organization, the Karnataka Power Corporation that has a contract to build wind farms to power the city of , see: http://karnatakapower.com/. There is nothing on their house website under the search words "tewari" or "reactionless". There is only one entry for "synchronous" and it refers to a nine megawatt power station near Mallapur. If Karnataka are involved with Tewari's team, they're keeping it low. However, this newspaper article does name the electric company, see: http://economictimes.indiatimes.com/news/science/bengaluru-innovator-creates-super-high-efficiency-machine-that-produces-power-from-vacuum/articleshow/46832793.cms. Yet the Kirloskar Group also serves us no reference to Tewari's invention. Paramahamsa Tewari's mentor is Nikola Tesla and he has also been greatly inspired by the cultural and spiritual traditions of his own ancient country. He says: "The universal matter is created out of prana since prana is aakaash in motion, and aakaash is the primordial superfluid substratum of the universe." The Rig Veda, one of the oldest Hindu texts whose origins stretch back into prehistoric times, talks about flying vehicles called Vimanas which exhibit antigravity properties. It's possible that the remains of a working Vimana still exists in , Kerala, see: http://hpanwo-voice.blogspot.co.uk/2014/02/ufo-under-temple-in-india.html. Dr Tewari's colleague Toby Grotz also says: "The second law of thermodynamics must be modified to account for the fact that space is not empty, as has been taught for the last hundred and fifty years. The RLG operates at what has been called 'over unity'. Many experienced electrical engineers engaged in the manufacture of AC generators have independently tested the RLG and confirmed the efficiency ratings that I have observed. It’s time for the physicists to get out of the way and modify their theories while the engineers go about the business of design and production." Source: http://tapnewswire.com/2015/09/india-permits-free-energy-technology-despite-threats-from-uk-us-saudi-Arabia/. 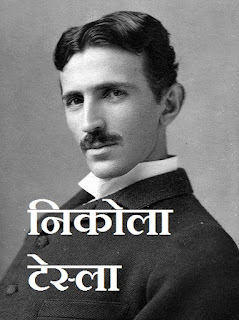 Grotz's article has the audacious subtitle: "INDIA WON’T SUPPRESS TEWARI’S FREE ENERGY GENERATOR". Is he sure about that? He doesn't describe the actual threats he mentions in the title from the Petrodollar countries, specifically the , and . Perhaps he anticipates these threats on theoretical grounds; and he's right to. See the background links where I go into detail about that. While Dr Tewari and his team are working on the project to introduce commercial RLG's, somebody else is working on a different kind of machine in a very different part of the world. Shetland is an archipelago of islands to the north of the . They are reputed to be the most northerly location in the , but in fact they are not really part of the at all, see the radio show below. This time the inventor is somebody I know, Stuart Hill. Here he is on HPANWO Radio talking about his campaign to assert Shetland's independence: http://hpanwo-radio.blogspot.co.uk/2014/08/programme-98-podcast-stuart-hill.html. He has designed what he claims is a free energy machine and has built a working prototype. The device consists of a set of wooden wheels on a driveshaft powered by a 0.12 kilowatt electric motor. Reduction gears between the motor and wheels cause the wheels to spin quite slowly, about 14 revolutions per minute. There is another wheel attached by chains to four other shafts that run through the edges of the main wheels, not the centres, and these have four weights attached, totalling 110.2 pounds. These are rotated by the off-centre shafts at the same time that the main wheels are spinning. This whole array then drives an electric generator. Stuart gauges his machine by observing the speed of rotation of the input motor and comparing it to the speed of the generator. This is not a specific measurement of input vs output energy, but it is still a significant indicator of a possible over-unity effect. He can even alter the load and see the weights turn differently on the perimeter shafts. I'll be interested to see any further developments; can he detect over-unity by more precise methods of measurement? The interference of two axes of rotation reminds me a bit of Eric Laithwaite's gyroscopes, even though Stuart's machine spins far slower, see: http://hpanwo-voice.blogspot.co.uk/2014/10/eric-laithwaite.html. Stuart has done all this in his garage and used what looks like bicycle components to build the machine. That is not a criticism; there is a great tradition in this field for amateur home inventors. It's interesting to combine the radical political situation he has initiated on Shetland with his interest in free energy. It shows how closely the two so often go together. today forms another breakaway tendency in the geopolitical world, which is why it is aligning itself with . Some conspiratorial pundits have started calling this the "Axis of Freedom" and claim it is an essentially anti-New World Order coalition. I think that's unlikely; I think it's premature to consider and our allies, but it's pretty clear these countries are not doing what they're told by their geopolitical lords and masters at a very fundamental level, see: http://hpanwo-voice.blogspot.co.uk/2015/02/you-really-dont-like-russia-do-you.html. In the end, 2015 might not be the Year of Disclosure, but that doesn't mean no progress at all has been made. I'm excited to see what the upcoming year of 2016 brings us.
See here for background: http://hpanwo-tv.blogspot.co.uk/2015/02/energy-politics-and-ufos-2015.html.
And: http://hpanwo-tv.blogspot.co.uk/2015/10/keshe-foundation-free-energy-release.html.
And: http://hpanwo-voice.blogspot.co.uk/2014/04/drinking-bird.html.
And: http://hpanwo-voice.blogspot.co.uk/2014/05/anti-g-or-not.html.
And: http://hpanwo-tv.blogspot.co.uk/2013/04/return-to-culham.html.
Posted by Ben Emlyn-Jones at 17:30

Thanks for your thoughts on that, I was the person (Nep Tune) who posted the link to that Tap Blog article on Tewari's work in the comments for your Keshe Youtube vid.
I had not heard of the Shetland one before, that's interesting. Do you think the power company in India showing an interest in Tewari's work could just be a way of making sure it doesn't lead anywhere, a bit like keep your enemy's close, etc.

Hi Steve.
Thanks for posting the original article.
It might well be as you say with the power company. This is an eventuality Dr Tewari must be on his guard against. The free energy community has been infiltrated and, although I would warn against paranoia, there are those I suspect.
Best wishes
Ben