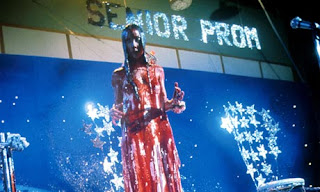 is about to be engulfed by what the newspapers are calling a "toxic fog" and a "deadly plume of pollution". Who needs meteorology when you've got The Daily Express? Their words are of course a sensationalized exaggeration, however during the next two days there will be an inrush of smog caused by fine sand blown all the way from the . This could be dangerous for people suffering with asthma and some other respiratory ailments; and the Met Office has warned sufferers to stay indoors. We might also see the strange phenomenon of "blood rain". This is where rainwater is coloured, usually reddish-brown, from very dense levels of suspended atmospheric particulates, in this case the  sand. This can sometimes be caused by other things, even mysterious extraterrestrial organisms, as Dr Chandra Wickramasinghe has discovered, see: http://hpanwo-voice.blogspot.co.uk/2013/08/ben-emlyn-jones-on-planet-x-radio-2.html. In this case however, I don't doubt that it is just sand. Combined with this strange fog will be extremely mild temperatures. These are set to soar up to and incredible seventeen degrees centigrade, ten degrees above the December average; accompanied by yet more rain and high winds... as if they've ever been away. This is apparently caused by the warm air from that is carrying the sand. Source: http://www.express.co.uk/news/nature/627053/Britain-toxic-pollution-fog-met-office-warning. This is not really a surprise for me because I've predicted exactly this outcome in the last few weeks, see: http://hpanwo-voice.blogspot.co.uk/2015/11/november-no-winter.html and: http://hpanwo-tv.blogspot.co.uk/2015/12/climate-change-2015.html. It's looking increasingly likely we're going to have to endure another 2013-14 style anti-winter. Once again I must ask: Is this is natural?

In the background links below and above I explain the details of geoengineering and conclude that it could definitely be possible that the weather the has been experiencing for the last two months is artificial. In fact to engineer the weather here is easier than in most other regions because it is natually highly dynamic and changeable, and dependent on wind direction. Simply manipulating the normal airflows around the is enough to freeze, bake, blast or soak our little islands at will. There must be people in the Met Office who know this; perhaps even more who know it subconsciously and keep it quiet through tacit collusion or "groupthink". Since I've been studying the Met Office's publications in detail, I've been surprised about how they seem oblivious to the very blatant trends I point out in the links above and below; that of entrenched weather patterns. They have not commented on the fact that, despite the chaotic jet-streams of our nearby atmosphere, the weather has remained almost unchanged for over two months now. All they do is mention what is causing the weather as it is, and make shaky long-term predictions based on what it's like out there on the day. It's impossible to prove this, because weather sometimes does that kind of thing naturally. A skeptic will just pull the coincidence joker out of his sleeve; and that is a fallacy because it's an unfalsifiable premise, as I point out here: http://hpanwo-voice.blogspot.co.uk/2014/04/pan-pareidolia.html. Either that or they'll just lower their voice and mutter portents about believing "climate change experts". Luckily the scepticism, with a c, towards anthropogenic climate change is growing. This piece of music by my friend the conspiratorial songwriter Chris Moffett is a good indicator, see: https://www.youtube.com/watch?v=0ihGrFv79Wk. If the current and upcoming freak weather is a product of deliberate geoengineering then for what purpose is it? Perhaps, as I say in the links above and below, it is to manipulate people's beliefs. I suspect that the COP 21 conference has something to do with it. In order to make sure that the delegates do agree to the Paris Pact then they'd better be reminded that climate change is really happening, or be seen to be happening. For you and me, we'd better get used to dreaming of a wet Christmas, just like the ones we've never known. The question must be posed, and this is a big subject that will need its own article or HPANWO TV film, what if "climate change denial" burgeons too far? Does the technology exist to geoengineer the entire planet's average temperature to a higher level? Probably; and if so the government would definitely do it. This could cause the imaginary disasters that we're constantly warned about to become real disasters. This is why we must expose this conspiracy; for the sake of the Earth.
See here for background: http://hpanwo-voice.blogspot.co.uk/2012/12/london-chemtrails-awareness-conference.html.
And: http://hpanwo-voice.blogspot.co.uk/2015/01/eyes-in-outer-space.html.
Posted by Ben Emlyn-Jones at 18:43

Very interesting article Ben. (This is what I like about your HPANWO work, the breadth and depth of interest with accompanying well-written and researched articles.)

Regarding the weather conditions. On Friday last (11th December) the day before the 'Paris agreement' I noticed a very high altitude airplane coming from the direction of London. The plane made a sharp right-hand turn over Dublin, which seemed strange in itself, enough to draw my attention to it. However, the vapour trail that it then proceeded to leave behind was more interesting, being enormous in extent and about 5 times wider than normal.

That Friday was cold and calm, about 5 degrees, with the Jet Stream in it's typical place to the south of Ireland, i.e. typical December weather. Since then the Jet Stream has gradually veered northwards again in a sharp bend with associated very mild windy conditions. Are we seeing manipulation of the Atlantic Jet Stream over Ireland using high altitude aircraft?

P.S. As much as I'll miss 'sukri dipalembang' and all the gang :), three cheers for the new comment policy.

Thanks, Laurence. Glad you appreciate my contribution to the Conspirasphere. That's an interesting observation of a possible weather modification attack. It wouldn't surprise me if that was a part of it. (I'm sure that Indonesian dating agency can find other unpaid advertising platforms ;-) )