Was the Westall UFO a Balloon? 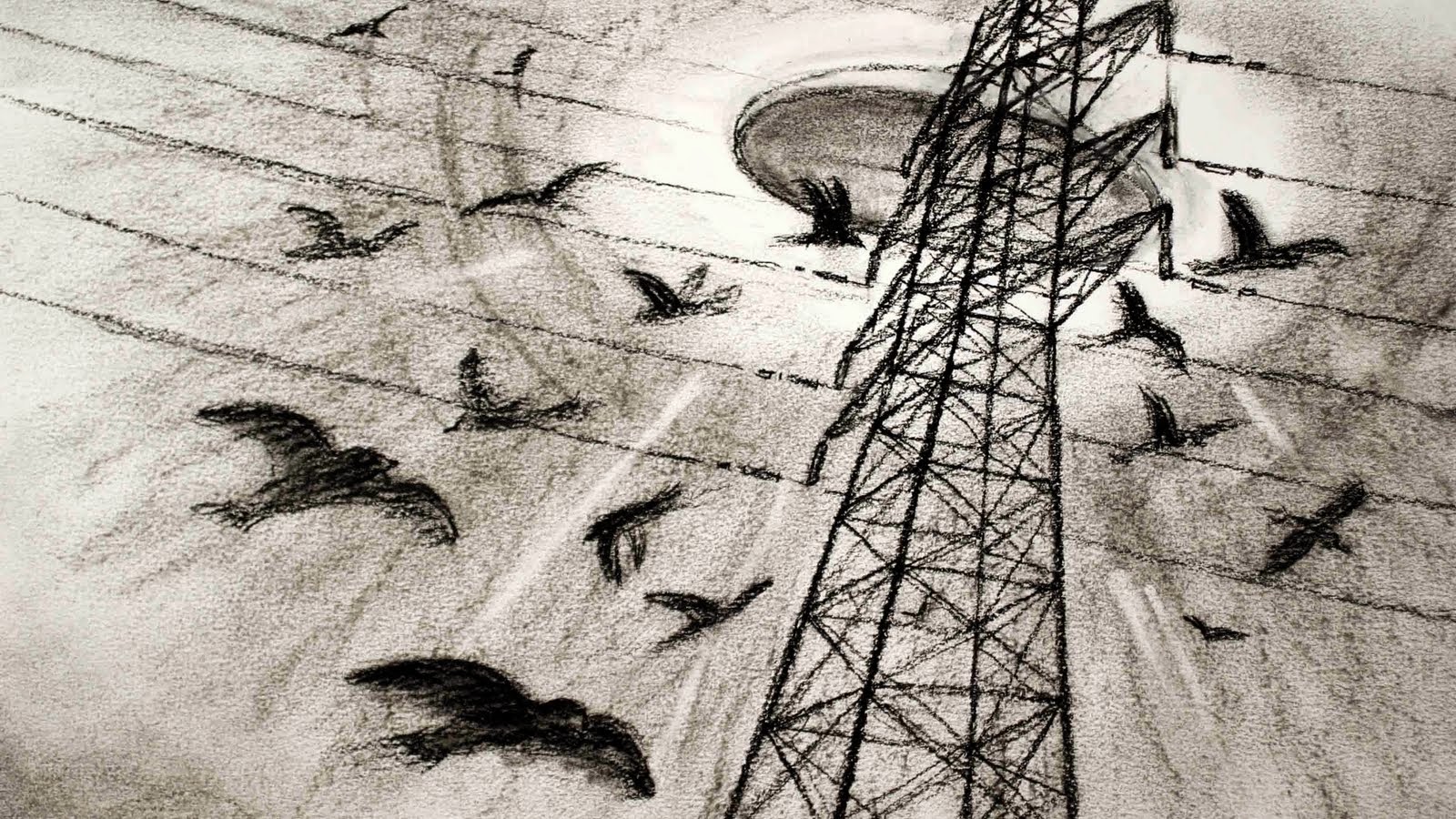 I strongly recommend buying a copy of Issue 8 of UFO Truth magazine, see: http://hpanwo-voice.blogspot.co.uk/2014/09/ufo-truth-magazine-issue-8.html. Of course I'm a columnist for it and you'll find an article within by my good self, but if you somehow need another reason to read the magazine then it is another article in it by the Australian researcher Bill Chalker. It's an analysis of a news story that came to the attention of us both a few weeks ago, see: http://m.heraldsun.com.au/news/victoria/westall-ufo-incident-was-actually-government-radiation-testing-reports-reveal/story-fni0fit3-1227015591764?nk=48845553e7ce2dd6594fb0185ba80c46.

The Westall UFO Incident is a close encounter event that took place on the morning of in Clayton South, a suburb of . The story goes that a purplish-grey disk-shaped object flew over while a PE lesson was underway in the playground. The object headed south-westwards descending steadily. A crowd of over two hundred people chased the UFO, mostly school pupils and their teachers. The object came down in a woodland area near the school known as the Grange. Soon afterwards it touched down in a grassy clearing, called a "paddick" in , the onlookers reached it and approached it quite close; it was about twenty feet across. They watched it for about twenty minutes, and then it rose sharply and speedily up into the air and sped away to the northwest. The grass and other plants on the ground where the object had landed were scorched and withered. Some witnesses report that there were a large number of low-flying light aircraft around at the time which was highly unusual. Less than an hour after that a contingent of emergency services, police and military personnel arrived on the scene and sealed off the Grange; the soldiers were identified as American by their uniforms. A group of sinister-looking officials wearing suits showed up soon afterwards and took charge. The entire school was brought to assembly in the hall and the headmaster warned them not to talk about what had happened; the teachers were briefed in a special staff meeting to tell the children that what they'd seen was just a balloon. The teacher who had taken photographs of the UFO had her camera confiscated. The newspapers reported the following day that a weather balloon had been launched and blown off course, for example see: http://news.google.com/newspapers?nid=MDQ-9Oe3GGUC&dat=19660407&printsec=frontpage&hl=en. This insinuates that a weather balloon was what the children had seen in the Grange. The sinister men also interviewed some of the witnesses personally in a very intimidating and ridiculing manner. The Grange was cordoned off for a few days and when the area was reopened to the public the grass in the paddick had all been mowed and the stubble burnt. The witnesses have recently become highly organized and have worked closely with researchers and the film makers Rosie Jones and Shane Ryan. Here is their documentary about Westall: https://www.youtube.com/watch?v=1ih31ehCarM. There is no record relating to the Westall Incident in any Australian government files, the local TV company has "lost the tapes" of their coverage of the event.

There has been no explanation for what happened in South Clayton on that day in 1966, until the researcher Keith Basterfield published his hypothesis under discussion in the news article, that what had come down at the school had been a high altitude balloon- a "HIBAL". These balloons were not part of a classified operation, but they had been deployed for a very sensitive purpose, to monitor the radiation levels from the British nuclear bomb tests which had been carried out at Maralinga a few years previously. Basterfield's reasons for his hypothesis are that a rogue HIBAL balloon was spotted shortly before Westall by a "Mr and Mrs Frankie" trailing a hose which had been used to fill the envelope with gas. Also the prompt arrival of the military on the scene must have meant they were on standby not far away; this is a feature of two other UFO incidents I know of, see: http://hpanwo-tv.blogspot.co.uk/2014/01/berwyn-40.html and: http://hpanwo-tv.blogspot.co.uk/2014/02/notts-roswell-2.html. Basterfield has uncovered documents saying that the government was concerned in case one of these balloons went off course and landed in a populated area. However, the lack of any reference at all to an unplanned landing at Westall in the Australian government's archives throws this possibility into doubt, according to Bill Chalker. What's more, there was indeed an incident in in which a real HIBAL got lost and ended up crashing; the witnesses' descriptions are totally different to that of those who were at Westall. Researchers who have dealt with the Westall witnesses are very impressed by their clarity, positivity and how the different individuals' stories converge. Whatever Mr Basterfield's reason for his hypothesis, he needs to consider these factors before proceeding with it. Using balloons to falsely explain UFO sightings is very unoriginal indeed. The incident was dismissed as a weather balloon; later on this morphed into a balloon related to "Project Mogul". Even the day after Westall the media had already suggested the ubiquitous weather balloon as a solution. Most strange of all, the sinister men in suits who were crawling all over the school in the aftermath of the UFO incident were keen to persuade the children that they'd seen a balloon; why would they do that if they were trying to cover up an illicit balloon crash? Unfortunately the Herald Sun article repeats Basterfield's theory more or less unchallenged; it's suspicious how the media is always so keen to promote ideas like this without question or allowing counter-propositional material.
See here for Keith Basterfield's original blog post on Westall: http://ufos-scientificresearch.blogspot.co.uk/2014/05/hibal-westall-hypothesis-under-test.html.
Posted by Ben Emlyn-Jones at 18:11

Very interesting Ben. This seems very much like the South Africa sighting at a school where both teachers and children saw the objects and creatures. This is very interesting as having both adults and children view the same thing discounts many varient including 'imagination' and 'adult rationality' , both of which are genuine cases I believe. All true events have their skeptics and debunkers, this is only natural, it is the same process that allows some to realize the enlightened essence of consciousness by penetrating through it's impermanent ambivilence while others believe that we are wholly determined in our lives by environmental factors, viz. 'conditioned' by forces outside ourselves. This is tantamount to remaining firmly rooted in ignorance and conditioned learned behaviour which the Ego needs to justify itself as a permanent entity which it is not. Our so called values and morals hinge upon something deeper, and without that, there is nothing to prevent a 'market oriented' society drifting into social controls and abuses of human nature which we see progressively happening. Those who would endeavour to cover up or dismiss things based on 'scientific' and purely empirical basis when backs are to the wall are of the same mind as those who would patent the human genome and plan on engineering an improved version of the human being in laboratories (we all know where this leads). The truth that we cannot reduce our innner selves to a scientific formula is the very reason why it remains vital for Human beings spiritual development via I must add very practical ways i.e Meditation, Knowledge and Wisdom. This resistence to reductive, strictly temporal formulas is what makes human nature special and consciousness not simply a one trick pony. It is time to accept that we are not alone and by accepting this we can have our feet firmly on the ground where we stand here and now.

That's very true, X, and what you say is basically why the Skeptic Movement is an ideological cult riven with falsehood. Interestingly there are similarities between BOTH Ruwa and Westall, and the Bexleyheath incident. Have you seen my film on that?
http://hpanwo-tv.blogspot.co.uk/2012/06/bexleyheath-ufo-incident.html