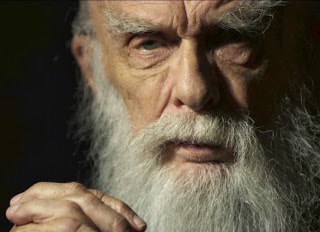 James Randi has been sued over his Million Dollar Challenge. Arch-Skeptic James Randi states that he will pay one million US dollars to anybody who can demonstrate the existence of the paranormal under controlled scientific conditions, see: http://www.randi.org/site/index.php/1m-challenge.html. However in May 2012 a George R Simpson of Florida USA filed a lawsuit against the James Randi Educational Foundation for fraud, misrepresentation ands breach of contract, see: http://www.bolenreport.com/feature_articles/Doctor's-Data-v-Barrett/milliondollarsuit1.htm. (The full court papers are here: http://www.etcorngods.com/complaint_randi.pdf). Randi's supporters have struck back, see: http://www.centerforinquiry.net/forums/viewthread/13664/P0/. This forum thread seems to be based on the personal incredulity the members feel for Mr Simpson's application. They express sympathy that the JREF rejected his application. However the complaint seems to make an entirely different point, one of malpractice on the part of the JREF, not of whether the phenomenon he is professing is valid for study or not. What Mr Simpson claims is that the JREF breached a contract, so this means that they had already agreed to process Mr Simpson's application and then wrongfully terminated it. Why did they do that? Why not just let Simpson do the preliminary test and fail, like so many others supposedly have done? Simpson states in section 36 of the court papers: "Why don't they return my phonecalls and emails? Is Randi afraid of my winning his $1 million?"

The JREF's solicitors filed a motion-to-dismiss which was overruled. That's all the information I can find so far about this case, which happened a year and a half ago. However, the fact that it all went quiet probably means that the parties simply settled out of court. What's going on here? This is an unexpected development for me because I always assumed that Randi's Million Dollar Challenge, whether it proved or disproved anything, was at least legally watertight. If you look at the application documents above they seem to have been written with the law in mind and I even used the Challenge as an example with which to compare the Crop Circle Challenge, see: http://hpanwo.blogspot.co.uk/2013/02/crop-circle-challenge-2013.html. Is it possible that the Million Dollar Challenge has never been won because of more than just Lyall Watson's "Cosmic Nanny"? I don't have enough information on this situation yet to judge for certain, but this has to be looked into because if it turns out that Randi is cheating then it speaks volumes, not just about the true nature of the Skeptic Movement, but the reality of the paranormal too.
See here for an important background article on James Randi: http://hpanwo.blogspot.co.uk/2012/02/other-side-of-james-randi.html.
Posted by Ben Emlyn-Jones at 16:54

When all goes quiet, as in this case, one suspects an out of court settlement. One normal stipulation would be NO publicity. The very thing that Randi always wants.

Randi would be allowed by his own rules to pay people to keep quiet.
For the right fee, many applicants would.

There are mo rules in Randi's challenge to prevent him stonewalling.
Pretending to be always too busy, even temporary blindness reading emails could be pleaded.Dementia? Many ways out of this problem. He could blame lazy indolent staff attending his office. I thought the rules specifically precluded legal challenge.
Could be be hwy the case has gone nowhere. But the Randi contratc is illegal for numerous reasons according to Lawyer Victor Zammit.

True, Steve. It's possible the JREF settled out of court, possibly with some kind of non-disclosure agreement, if so it must have been an expensive one!

Being a skeptic myself. I will tell you that you are jumping to conclusions. Also, a settlement is never an admission of guilt. Same as choosing not to testify against yourself in court. You have the right to not self-incriminate yourself. I think you lack critical thinking here. The JREF provide information on where their bonds are stored. This guy suing them for the $1M without ever having taken the test is hogwash. If anything they gave him $5K to go away. Companies do this all the time. It is not an admission of anything. For some reason people tend to think it is. It isn't. If I have a product and you make a bunch of noise over how it caused you to loose sleep at night. I would rather just give you money to go away. Sign a thing saying you won't ever talk to anyone about it or how much money you received and disappear.
Does my giving someone money to go away mean that my product causes people to lose sleep? No. It just means I don't want to deal with any bullshot.
Expensive? Hardly, Most people who know they don't have a case would gladly settle for free money. $5K is pretty generous after all when you have no case. "Ah, but why settle at all?" you might ask. So the person goes away. You nip the problem in the bud.
Also, again, I reiterate. If you doubt that the money is there, why don't you call to find out for yourself. Call the people who hold the bonds. They are obligated to tell you. Stop jumping to conclusions.

Oh and also, despite being an anonymous coward in my previous post... The case was dismissed as moot: http://www.docstoc.com/docs/122501570/10-Order-motion-denied-as-moot

So, actually, haha, no. He received nothing at all ^_^. If I could find this in all of 5 minutes, why couldn't you? The troll is strong with this one ^_^.

Rachel you seem to have misunderstood the proof link you have offered. It supports Ben's Position.
This is often a mistake made by pseudoskeptics.
"Dismissed as Moot" was the defendants (Randi) application to dismiss. So the trial would go on.
And suddenly it went quiet. Out of court settlement would likely be the outcome. That it would be only an insulting pittance is purely out of your own imagination. A mistake most pseudoskeptics make.
Out of court settlements seldom have public airing.Thus its not safe to generalise as you have.
Michael Jackson bought people off with out-of- court settlements None of them small. James Randi owned an operated by a man worth 2 Billion. Just like MJ He could easily buy people off, out of court. I cite these little things to set the context of the goings on.

Interestingly, the 2014 Form 990 for the James Randi Educational Foundation shows a $200,000 settlement of some sort. See p. 23. From the tax form, there's no way to know whether it's related to this litigation.

No, but it's still an interesting correlation that might be a causation ;-) Thanks for the info