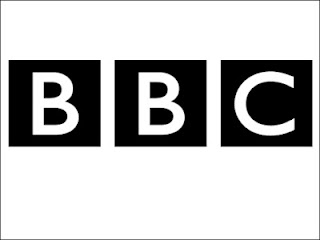 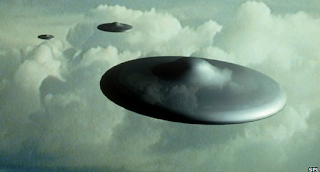 Thanks to a fellow blogger, Carl of the Truth Seekers' Guide, see: http://thetruthseekersguide.blogspot.co.uk/ , I've found out that PZ Myers has been assisting the BBC in their forthcoming UFO Skepperama, see here for background: http://hpanwo-voice.blogspot.co.uk/2012/04/bbc-makes-ufo-conspiracy-road-trip.html . Here's PZ's own blog article about that: http://freethoughtblogs.com/pharyngula/2012/05/12/my-day-in-flagstaff/

PZ Myers is best known as a debunker of the Creationist theory of Intelligent Design in biology, rather like Richard Dawkins. Here are the two in conversation: http://www.youtube.com/watch?v=6Gaw6kzXbdA . I think this is another example of the "multi-disciplinary" nature of the Skeptic Movement. People who take a Skeptic position on one thing tend to take Skeptic positions on others. For instance people who don't believe in ghosts also tend to reject 9/11 "conspiracy theories" and, in this case, a man who criticizes Intelligent Design also rejects UFO's .There is definitely a "Skeptic milieu" at work here, and I think this once more calls into question the Skeptic Movement's self-image and persona.

What is a Skeptic? What drives them? What makes them tick? The word is spelt “sceptic” in the dictionary, with a note that the word can also be spelt “skeptic”, and it merely means “one who doubts, who does not believe”. However my confusion over the definition is why I always spell the word with a K and also make the initial S uppercase. For me a sceptic is one thing, but a Skeptic means something entirely different. As I said when discussing TAM London, see: http://hpanwo.blogspot.co.uk/2010/10/tam-london-2010.html , their own description of themselves: “A skeptic is one who… rigorously and openly applies the methods of science and reason to all empirical claims… A skeptic provisionally proportions acceptance of any claim to valid logic and a fair and thorough assessment of available evidence, and studies the pitfalls of human reason and the mechanisms of deception so as to avoid being deceived by others or themselves". But this is not a description at all, this is a slogan. There are many people who use science and reason, including many highly qualified and experienced scientists, who would not be described as Skeptics; in fact they’re usually labeled “believers”. Then again there are people who know nothing about science and never use its methods who say things like: “Nah, I don’t believe in all that crap! There ain’t no such things as ghosts or UFO’s. It’s all in yer head innit?” Yet this person would be described as a Skeptic. So it’s impossible to avoid the fact that it is opinions and conclusions about certain subjects that separate people called “Skeptics” from those called “believers” or “non-Skeptics” and nothing else; not methods, not science, not education, not qualification. And they can't get away from that. See here for more information: http://hpanwo.blogspot.co.uk/2011/11/london-skeptics-in-pub-141111.html .

PZ Myers unfortunately made a complete fool of himself and caught telling lies to the group when he met them. That and contradicting himself whilst discussing the subject. Unlucky for him I've heard that the BBC were not happy with him doing this and will no doubt show this in the show. By all accounts and hearing things across the web, the show is going to be a really good one and the five people really put their points and cases across so much that the BBC are now wanting to do a big follow up to it because they have realised that there is much more to the subject than first thought. Have you also heard that the sceptic of the show Mr Maxwell has come and said he has no changed his view on the subject and is now more open to it....
Interesting and can't wait to see the show.

Barney, I suspect the company are commissioned to make a hit piece and will edit it selectively. However PZ looks like he's heading for the cutting-room floor.