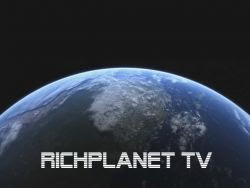 Ben Emlyn-Jones will be featured as a guest on the Richplanet TV show next Friday, the 20th of April; and also the following Friday, the 27th. These will be interviews with Richard D Hall and the first programme will centre on his recent experiences at his hospital, see here for background: http://hpanwo-tv.blogspot.co.uk/2012/01/ben-emlyn-jones-live-at-ldidg.html The second one on the 27th will cover more general subjects. Tune in to Showcase TV at 8PM, (Channel 201 on Sky) http://www.information.tv/WhatIsOnShowcaseTv/TheSchedule/ The programme will also be available to watch online shortly afterwards, see: http://www.richplanet.net/starship.php.

Ben has been featured on Richplanet TV before, see: http://hpanwo.blogspot.co.uk/2010/10/my-interview-on-richplanet-starship.html. In those days it was called The Richplanet Starship; it has changed its name but the format of the programme is the same.
Posted by Ben Emlyn-Jones at 10:01

Looking forward to it Ben. :)