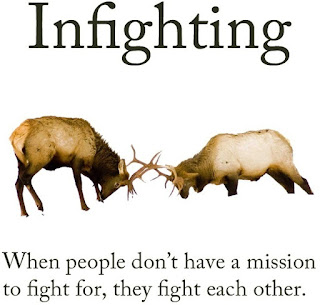 It's strange how things seem to come along in clusters, like three buses in a row. A few weeks ago I twice had to address two different people who had chosen to subject me to a personal attack on the internet within a month of each other, see: http://hpanwo-voice.blogspot.co.uk/2016/07/is-ben-emlyn-jones-happy-slapper.html and: http://hpanwo-voice.blogspot.co.uk/2016/08/trystan-swale-and-my-perceived-racism.html. Now it has happened again, or at least I've been made aware of such an assault just now via a comment on one of my posts; I suspect the item goes back much further. Here is the document of concern: http://sharonkilby.co.uk/wp-content/uploads/2017/07/BEN-EMLYN-JONES-HPANWO.pdf. I have no idea who "Sharon Kilby" or "Sharon Zaki" is. I don't recall meeting anybody with that name. Their tirade against me begins: "Ben is someone in the so-called ‘alternative media’ who I least suspected of being co-intelpro..." What an original concept!... She (or he) then goes on a rant that fills up thirty-three standard PDF pages. The author has studied my every word meticulously and judges me ruthlessly over what could be minor errors of memory, or a human lack of understanding and nerve on my part. For example they write: "He is supposed to be an independent researcher... in the ‘alternative media’ so we might ask why he promoted the HG story for 2 years without even thinking of asking for proof that it was true." Because I made a mistake, ! Thousands of us did! I actually explain that clearly in my publications on Hollie Greig; why didn't you acknowledge that seeing as you've analyzed everything I've said so closely? The author condemns me for my past involvement with the Hollie Greig Hoax Group, Belinda McKenzie, Ian R Crane and Sheva Burton in a form of "guilt by association". I do not apologize for working with these people; in fact the podcasts of interviews with some of them are still there on HPANWO Radio, see links column. Sharon accuses me of being a "liar", a "lying evil subversive", a protector of my "fellow paedo protecting shills", a "conspiraloon" serving my "satanic masters well", possibly a "high up freemason", a "deluded arrogant self-absorbed twat", "fucking idiot", "a thoroughly disgusting sub-human", "a weak cowardly immoral pretender", "lying little fucktard", "a lily-livered
fantasist" and a "treacherous rodent". They also wish that I would "rot in hell. Ben, seriously, get some help for your extreme egocentric and narcissistic behaviour." They misrepresent statements that I've made, such as: "Ben says: 'People have just stopped talking about it now, such as (David) Icke and (Richard D) Hall'. I respond: So that’s ok then! The fact that there is still no resolution is fine by him?" I never meant it like that and the only way somebody could interpret it as such would be if they were looking for ways to twist my words. There's also a "guilt by double association" involved because Sharon lambasts me for being friends with people who are friends with Brian Gerrish, Lou Collins, Sabine McNeil and others whom they disapprove of. They also attempt to discredit me by bringing up completely irrelevant details of my life, such as my interview with WalesOnline and how I got discharged from the Hospital Portering Service, see: http://hpanwo.blogspot.co.uk/2012/01/how-i-became-ex-hospital-porter.html. They then scrutinize my views on the paranormal and UFO's. says: "How can we take Ben seriously as a so-called fighter against the NWO when he promotes this kind of nonsense?" In truth I explain carefully and logically why I think these phenomena are not nonsense at all. Does abandoning careful logic in favour of mindless rhetoric makes the Truth movement look more appealing in the author's view?... then goes on to attack Carla Buckle and smear me for supporting her brave stance against authority, see: http://hpanwo-radio.blogspot.co.uk/2015/03/programme-131-podcast-carla-buckle.html. They accuse me of promoting Freeman-on-the-Land "crap" without ever explaining why it is in fact "crap". The same goes for Cathi Morgan, see: http://hpanwo-radio.blogspot.co.uk/2012/12/programme-25-podcast-cathi-morgan.html. At the very end of this work of literature, entreats me to save myself by turning to "God now and asking for the courage to be completely honest." The article is so full of red text and emboldened fonts that it looks like a very long and drawn out final demand. The website homepage begins with the words: Helping to halt the NWO, but the site itself says very little about halting the NWO. All it does is morbidly fixate over other individuals within the anti-NWO community. In the contents column you'll see that I am just one of half a dozen or more people who are given the red-letter treatment by "", see: http://sharonkilby.co.uk/site/Home_Page.php.

Ben these lot are a bunch of compelte idiots and it seems Sharon has joined the funny mob. Ignore it mate they need to be lookig over their shoulders because it's they who are being 'watched'...

Thanks, Anon. doesn't surprise me.

Ben, the above comment from Anon is right. I got targeted after being set up and had to get the authorities involved. That said it seems that Xpose UFO Truth that tried to pull me under and are now targeting Nick Pope, are now being targeted themselves by let's say 'friends in useful places'. When I get out to Moscow for my twice monthly visits my friends here can show a lot more information than we could ever imagine in the UK, and it's really useful!
They tried and failed and I have spoken to Nick personally and he agrees that what goes around comes around and that they are simply just wasting everyone's time.
Ben, someone like this Sharon is doing herself no favours at all and she will fail badly.
To those that read this and have read about the truth mobs that targeted myself, Nick, Larry etc I would like you to think of the bigger picture. None of us are here to pull the wool over anyone's eyes including Ben. We all believe in the Extra-Terrestrial truth that really does exist and is more real than we are all led to believe. There is a real shift going to happen in the next 12 months and it won't come from the UK or US it will come from Russia and China in respect of a mass release of information pertaining to the real truth on our 'visitors'. Dimensionally there is a whole new ball game beginning and the authorities are panicking.
Thanks and respect to Ben because without people like him the real news and views would never be shared outside mainstream media.
Darren Perks (the real one)

Hi Darren.
Thanks, mate :-) And I hope you're right about the release of information! You know as well as I do that Truth Mobs cannot be negotiated with. All you can do is stick to fingers up to them and get on with it. How silly they will feel if we do get Disclosure, in whatever form it takes!
Take care.
Ben