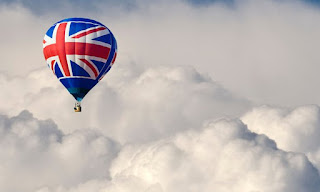 The novelist Daphne Du Maurier is best known for classic stories like Rebecca and The Birds, but in 1972 she published her final work Rule Britannia, a futuristic tale about leaving the EEC, the embryonic European Union, and then being invaded and occupied by the . Will her novel turn into prophesy? I wish Alfred Hitchcock was still around to make a movie out of that one! As it happens, at the time of writing, nothing at all has been done to initiate the process demanded by the British people in response to the EU in-out referendum. I covered the drama of the event in the background links below. In order to remove from the European Union the government has to initiate Article 50 of the Lisbon Treaty. This has never been done before. Only once ever has a state exited the EU, and that was . However this didn't count because it is an overseas ; it is also in , not , and only has a population of fifty thousand. The exit process for a major member state takes approximately two years and the referendum was over two months ago now, so the government really needs to get a move on. The delays in triggering (excuse the pun) Article 50 lead me to suspect that they're deliberately dragging their heels in the hope we Brexiteers forget about it; or that events, planned or accidental, supersede the ability of to leave the EU. After David Cameron resigned, the new prime minister was quickly chosen in a single candidate "contest"; it was his home secretary Teresa May. She has so far made no commitment to when she will begin Article 50. Her current estimate is early next year. Since the referendum, the dire predictions of economic Armageddon have not come to pass, see: https://www.theguardian.com/business/2016/aug/17/public-confidence-in-uk-economy-recovers-after-brexit-vote-survey-finds. This indicates, as I said at the time, that they were indeed nothing more than tales of horror invented by the Remainies to scare us into submission. The same goes for the attempts to link the rise in reported hate crimes against foreign nationals living in the to the Brexit campaign. Fear and guilt, an all too common cocktail of manipulation. I heard there has been a rush of British citizens applying for EU member state passports. It turns out that this was mostly people living in wanting Irish passports. became an independent country in 1922 and, very ironically, is completely a part of the EU today; yet remained British and is therefore leaving the EU with Brexit. However under the Anglo-Irish agreements, people living in can choose dual citizenship and some of them hold both and passports. Most don't bother though because the border between the two parts of has been completely open for many years. For the first time now, EU-aficionados from the province have an opportunity to stay in their beloved union.

Last Saturday there were another series of pro-EU street demonstrations across the country; the biggest being in , see: http://www.bbc.co.uk/news/uk-politics-uk-leaves-the-eu-37265840. I wish I had been able to go along because there was a healthy counter-protest that I'd like to have taken part in. As you can see, the Remainers jeer and abuse the Brexiters, calling them "racists!"; a very predictable and hackneyed slur, see: https://www.youtube.com/watch?v=W74ksXjDQDs. The pro-EU crowd also yell "fascists!" at their opponents. I find that contradictory beyond belief when you consider that it is the anti-Brexit contingent who want the state to step in and overturn a democratic referendum. As I explain in the background links below, the "new left" have totally blown themselves apart over the EU issue. They've forgotten one of their foundational principles: that they are supposed to hide their contempt for the white working class. The march ended in a rally at and one of the speakers was Eddie Izzard, the famous comedian and cross-dresser who has spent the last year or so scathingly opposing the Leave campaign. During the pageant somebody snatched Izzard's trademark pink beret from his head and ran off with it. Izzard gave chase, but was too slow because of his high-heeled shoes. The police eventually caught the thief, who has a Slavic-sounding name. They recovered the beret, but are keeping hold of it for the time being because it might be needed as a court exhibit, see: http://www.bbc.co.uk/news/uk-england-london-37270275. Another big protest that day took place in Edinburgh. The first minister of Scotland Nicola Sturgeon wants to use Brexit to force a new Scottish independence referendum. Her case is getting stronger all the time because the Scots, as a block vote, were generally very pro-Remain. How can it be justified to keep the entire country in a union with and when that union is going in a direction the Scottish people and its own government don't want it to? But what about any of the dirty tricks I foretold? Are there any signs of them emerging? Perhaps. For instance, today Parliament is going to debate the online petition to hold a second EU referendum. The contemptible mob who posted the pledge eventually gained over four million signatures, although some of them were found to be faked. Nevertheless according to Parliamentary rules, MP's must address the issue. The discussion is going to take place in Westminster Hall today between and , after which there will be a vote on a resolution. It will be chaired by Ian Blackford MP, Commons member for the Ross, Skye and Lochaber constituency. He is a member of the staunchly pro-Remain party, the SNP; watch it here live: http://parliamentlive.tv/Event/Index/cb2f33f6-f9fe-463e-a6d5-40eca4b614c0 (I will change this link to a recording afterwards if one becomes available). Obviously I am concerned this petition might be carried; but it's unlikely, to be honest. Teresa May has stated in the last few days that even she, vocally pro-Remain, intends to counter personally any second EU referendum. I'm sure the saboteurs of Brexit are plotting as we speak, but their eventual scam will be far more underhand and sophisticated than this.
See here for background: http://hpanwo-tv.blogspot.co.uk/2016/06/vote-leave.html.
And: http://hpanwo-tv.blogspot.co.uk/2016/06/vote-leave-2-count.html.
And: http://hpanwo-tv.blogspot.co.uk/2016/06/brexit-reality.html.
And: http://hpanwo-voice.blogspot.co.uk/2016/06/brexit-one-week-on.html.
And: http://hpanwo-voice.blogspot.co.uk/2016/06/brexit-backlash-begins.html.
Posted by Ben Emlyn-Jones at 15:50

Excellent political piece Ben. The background on the Irish situation is spot on, very unusually for a British resident, may I say :). One hopes your UK readership appreciates that the report is superior in this regard to what they will find in your average broadsheet.

Thanks, Laurence. I'm very glad to hear it! I'd be failing at my job if I did a worse job than the mainstream rags.