Jeremy Corbyn's Seat to be Abolished 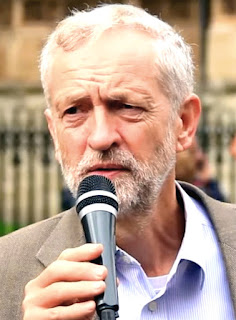 "He can sit on the floor then!" some wag quipped when I first shared this story. The Boundary Commission for has suddenly picked this time to declare that the Parliamentary seat of the Labour Party leader Jeremy Corbyn might soon disappear in a forthcoming shake-up; this is a seat he has represented with dedication since winning it in 1983. The way the British government works is similar to many other democratic states. Each member of the House of Commons represents a geographic area of the country called a constituency. There are 650 of these constituencies in the , one for each Commons member; they all have about the same number of residents so some are bigger than others because of different population densities. I live in the Oxford East constituency and my MP is Andrew Smith. Sometimes these constituencies are changed for various reasons; usually their boundaries are shifted slightly. In the case of Corbyn, his constituency is listed for complete deletion. The Commission recommends that the political map of north be completely reorganized before the 2020 general election. Two new constituencies are to be created: and Stoke Newington, and Hackney Central. Corbyn's constituency, Islington North, will be abolished and its territory split between the new and remaining constituencies in the area. This will cause a very messy situation in which there will be a series of by-elections for several sitting MP's. Corbyn will have to re-stand for his seat (an odd phrase). He may even have to compete with two of his closest political allies, Diane Abbott and Emily Thornberry. He may also fall foul of Labour's all-women shortlist policy, a scheme he has supported; talk about being caught in your own net. Hopefully that will make him understand the destructiveness and injustice of so-called "positive discrimination", see: http://hpanwo-voice.blogspot.co.uk/2016/07/royal-troon-admits-women.html. Source: http://www.telegraph.co.uk/news/2016/09/12/labour-polls-jeremy-corbyn-one-year-leadership-live/. I'm frankly suspicious of the timing of this shake-up. I know that the Boundaries Commissions are not politically partisan organizations. The Speaker of the House of Commons is the chair, but cannot vote at meetings; the members of the Commissions are never in political parties. However at the moment there is a large scale and underhand campaign to remove Jeremy Corbyn from government. I covered the early part of this melee in the background links below and was shocked at how venomous it became. This conflict has threatened to split the entire Labour Party in two with both sides blaming each other for the entire problem. The most common slogan is that Jeremy Corbyn is "unelectable!"; in which case why are his enemies working so hard to stop people voting for him? I know people who have tried to join the Labour Party recently and have been refused even though they qualify according to the rules. The reasons given are all the same and thousands of template replies have been sent to applicants: "You made a Tweet in support of the Green Party." This is clearly a generic excuse; it's unfalsifiable and unprovable. I don't agree with everything Jeremy Corbyn stands for, but I still admire him. My attitude to politics is that it is so ridden with liars, cowards, scumbags and fools that as soon as somebody comes along who has chosen to become a politician because they actually give a piece of excrement about anything, I find myself instinctively warming to them. Corbyn is one of these people. I think that's why I also can't help liking Donald Trump, see: http://hpanwo-voice.blogspot.co.uk/2016/06/will-donald-trump-be-murdered.html. I don't trust the Boundary Commission. I don't accept that their neutrality is impregnable and if they have been corrupted then this would not be the first time. On many occasions politicians have secretly fiddled the borders in order to advance themselves or kick down an opponent; it's called gerrymandering and it's highly unconstitutional and improper. Whatever you think of Jeremy Corbyn, this dirty trick against him cannot be justified. It needs to be exposed. To prove my commitment to fairness, I repeat the point for George Osborne, somebody I definitely do not admire, who is going through the same tribulation, see: http://hpanwo-voice.blogspot.co.uk/2015/10/osborne-vs-lords.html.
See here for background: http://hpanwo-voice.blogspot.co.uk/2015/09/the-corbinator-wins.html.
And: http://hpanwo-voice.blogspot.co.uk/2015/08/jeremy-corbyn-new-labour-leader.html.
Posted by Ben Emlyn-Jones at 16:07