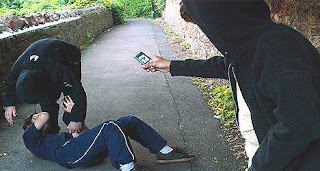 A few weeks ago I was called a racist by a former friend of mine, and a guest on HPANWO Radio. I don't like speaking openly about my personal conflicts with other people, but sometimes it's necessary to. I don't waste my time responding to the usual array of meaningless insults and hate mail I get, if for no other reason than I would have no time to do anything else; but I am compelled to when their statement includes serious defamation of character, and I did, see: http://hpanwo-radio.blogspot.co.uk/2016/05/programme-188-podcast-jews.html. This has now happened again, so soon afterwards. This latest incident was one I expected and was bracing myself for. It is directly related to the controversy surrounding the recent Scottish UFO and Paranormal Conference, see: http://hpanwo-tv.blogspot.co.uk/2016/06/scottish-ufo-and-paranormal-conference.html. In this case I'm not going to identify my antagonist simply because I think their primary motive is self-publicity and I don't wish to aid them in their quest. Their thousand-word statement about me was posted on their website yesterday. The greater part of it is simply noise. I've discussed this with a few other people and they understand what it's like when you encounter a verbally-aggressive person and there is absolutely no way to defend yourself verbally. It is utterly futile to tell them things like: "But that's not true/not fair because...". Everything you say to them, any word that could possibly come out of your mouth, will be turned into ammunition to be fired back at you. This is because your opponent is not trying to make a rational argument; they are trying to engage you in an angry exchange of insults. It doesn't matter to them whether what they've said is true or not, or fair or not. All that matters to them is that it is inflammatory and wounding. My former YouTube friend Slaxxxer is remarkably similar to my latest attacker, see here for details: https://www.youtube.com/watch?v=bKKx5fSd6ZE&feature=youtu.be&t=2h57m15s and: https://www.youtube.com/watch?v=GQi1tb48aIM&t=0s. I've become fascinated with Stefan Molyneux's lectures on sophistry, for example see: https://www.youtube.com/watch?v=1hUg4hgWQKw and: https://www.youtube.com/watch?v=f5jh_lN9TWw. The attack on me posted yesterday fits exactly with what Molyneux predicts in the above links. It contains an excessive number of adjectives, I'm addressed by name more often than normal, and it is an acid bath of rhetoric. Every word of it is false and unjust, and the author knows that. As I said, there is no way I can possibly counter any of it through reply. Rational debate is only possible with somebody else who respects the rules. My only possible response would be to hurl mindless abuse back at them. However there is one part of this nonsensical tirade that I have to address in detail because it could potentially cast me into ill repute: "...and also you're a happy-slapper? I heard a rumour so it must be true, eh? Shall I go around telling everyone that it is absolute fact you got sacked for slapping a colleague with special needs while filming it? Do I know that happened? No I don't, no one does, only you." This person is very crafty and is aware of legal parameters. Notice how they word the statement as a question? "But I'm not accusing you, Ben. I'm just posing the possibility, voicing the rumour that we've all heard." This person also never states my full name; they only ever refer to me as "Ben" or "BEJ". This way they can always claim that they are addressing somebody else and any resemblance to me is purely coincidental. While doing this they know very well that anybody who reads this piece of writing and is familiar with my published works will instantly recognize me from it. The "happy-slapping" this person refers to is the most grotesque thing Oxford Radcliffe Hospitals NHS Trust tried to label me with when they were crowbarring me out of my job in 2012. They accused me of bullying another porter. What had really happened was that I and another member of staff decided to make a comedy video together for our own mutual amusement and post it on HPANWO TV. This person was a very close friend of mine at work (Still is I hope) and I’d never dream of doing anything to harm him. This porter is a grown man in the same age group as myself; however because he suffers from a comparatively minor learning difficulty and is registered as a vulnerable adult, my accusers reduced this completely harmless, enjoyable and innocent project to a sadistic and cowardly attack on my part. Happy-slapping is when children attack other children, usually when their victims are smaller or outnumbered, and film the assault on their mobile phones, see here for more details: http://hpanwo-hpwa.blogspot.co.uk/2013/01/one-year-on.html. I hope that clarifies the matter. I'd like to be able to leave this situation alone now, but I can't. My antagonist has also carried out a harsher and far more sustained assault on a good friend of mine, so I will be returning to this subject again in the near future in order to defend him.
Posted by Ben Emlyn-Jones at 09:58

It doesn't matter if you are named or not. If you can be identified from the content of the writing as you, then you have got them for slander.