Not Voting?- a reply to Thomas G Clark 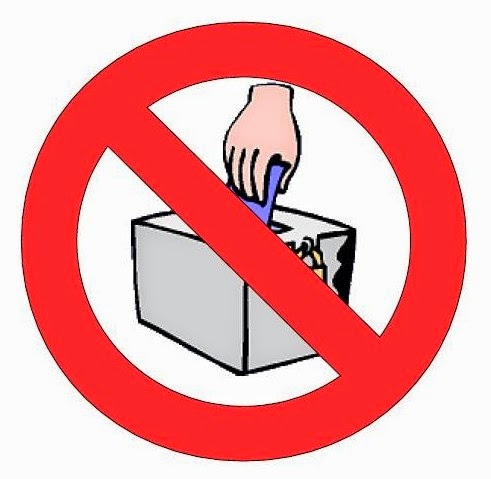 A friend of mine on Facebook made me aware of an article that he thought would interest me (as traditional a beginning to stories as "once upon a time") because it is an indirect response to one I myself wrote two days ago, although I don't know if the individual in question ever read mine, see: http://hpanwo-voice.blogspot.co.uk/2015/04/electioneering.html. Unfortunately, during this month the topic of the election is going to be impossible to avoid. The article is by a man called Thomas G Clark and he calls his blog Another Angry Voice; he describes it as: "Economics, philosophy, politics and other stuff from an independent blogger." The post in question is entitled "Why not voting is such a pitifully ineffective form of 'protest'.", see: http://anotherangryvoice.blogspot.co.uk/2015/04/not-voting-pitifully-ineffective-protest.html. Mr Clark begins with a rather cynical judgement of his commenters which shows that his website lives up to its name: "I strongly believe in freedom of speech so I never delete comments from my Facebook page or politics blog simply because I disagree with them, so this article is intended as a riposte to those who take advantage of my anti-censorship stance to use my work as a platform to promote their 'just stop voting' agenda... The fact that people hijack my work to promote their ridiculous 'just stop voting' agenda is bad!" Does this mean that anybody who questions him is "promoting an agenda"? Maybe, Thomas, they're just expressing an opinion in reply to your own, as I am doing.

The first reason Mr  tables is that boycotting an election is indistinguishable from apathy. He says: "If the opponent of the political status quo does exactly the same form of non-action as the hopelessly apathetic fool who doesn't care a jot about who rules over their lives or how the political system is structured, then how is it even possible to tell how many of those non-votes are ill-conceived protests and how many are manifestations of sheer apathy?" This is an irrelevant point because who is sorting out one from the other? It matters only to the government; and everybody I know who is refusing to vote is hardly on a mission to gain governmental approval. Boycotting elections is not about building some kind of numerical majority; it's about refusing to participate in a fraudulent practice that gives credibility to a system that deserves none. This is what I tried to explain to my UKIP-voting friends, see the link to my Electioneering article above. Mr Clark goes on: "The 'just stop voting' advocate will often try to claim that if enough of us stopped voting then the election results would become illegitimate through lack of participation. Without explaining the mechanism by which the establishment parties would be removed from power after a mass non-vote..." This is not the objective of the non-voters I discuss this issue with. We're not on a quest to bring down the system through not voting; we know the rules of an election have no lower limits on turnout figures. This is why I like anti-political movements like "NOTA", see: http://notavote.co.uk/. I've not looked at the comments on his blog or Facebook page, so maybe the people he's referring to are of a completely different tendency to those I'm familiar with. The point he made inevitably leads to the question of who will carry on voting in place of those who don't. If a large percentage of the population refuse to vote, says Mr Clark, it merely concentrates political power in fewer hands, of those who do. He says: "If 99.2% of us stopped voting, then it's absolutely clear that the 0.8% of us who are actually members of the three establishment parties would continue voting for themselves... If the majority of people who oppose the system choose to not vote, those who support the system will be at an obvious electoral advantage... it's obvious that they (non-voters) are essentially condemning the rest of us to perpetual establishment rule." In that case I wonder how he intends to introduce a party into that truly stands for non-establishment rule. History, including British history, is replete with examples of anti-establishment firebrands who desperately want to change the world by following the beaten tracks of the political landscape, and failing. Why? Because those tracks are specifically built to maintain the existing order. Remember the Labour Party was founded by trade unionists who sincerely cared about the wellbeing of the British working classes. Miliband's modern "new Labour" would make those early pioneers gasp in dismay; indeed sadly one of them lived long enough to witness Labour's demise, see: http://hpanwo-voice.blogspot.co.uk/2014/03/tony-benn-dies.html. The saddest element to this impasse is that the corruption is an inward one too. The establishment system doesn't forbid good men from joining it; in fact it invites them warmly in... and then it transforms them into bad men. Those who successfully resist are expelled. 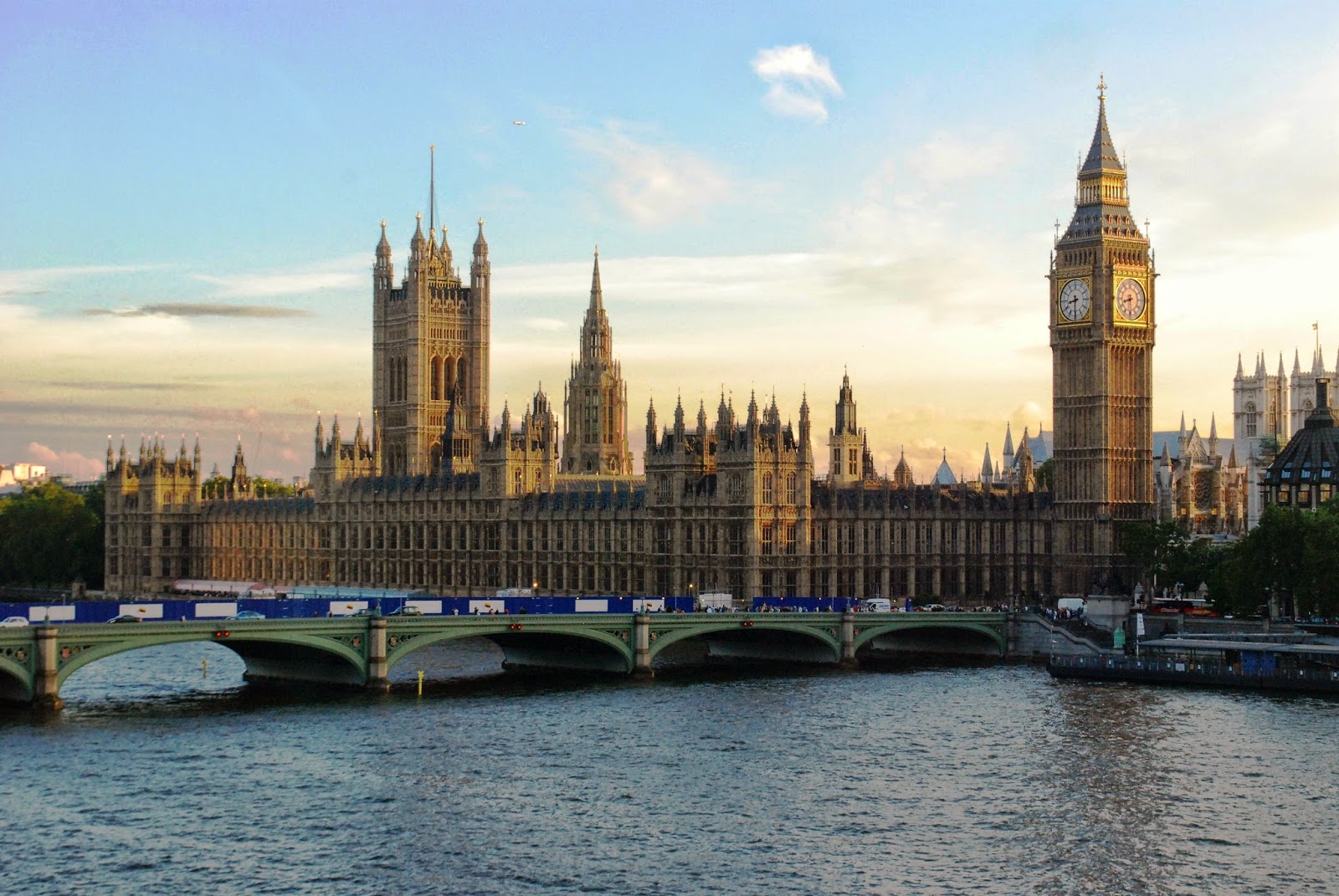 Mr Clark's next gripe is: "Not voting is also a very good way of ensuring that unpopular extremists manage to get into power. A good example of this is the way that UKIP managed to become the biggest party in the European parliament after winning just 9% of the eligible vote." Well, I wouldn't describe UKIP as either unpopular or extremist. A more apposite example, from Mr Clark's point of view, might be that of the 2002 French Presidential elections in which a low turnout in the first round led to the far right Front National candidate Jean-Marie le Pen being favourite to win against a single rival. Many leftists who had not bothered to vote in the first round famously went to the polls and voted for the conservative Jacques Chirac wearing a symbolic handkerchief over their face to "protect me from ze stench as I save ze country from fascism!" However the definition of "extremist" is debatable. I personally consider it "extremist" to drop bombs on people just so an oil company can drive a pipeline through their village. I find it "extremist" to force young people out of work into slavery, doing work for no money, see: http://hpanwo-voice.blogspot.co.uk/2015/02/cameron-pushes-workfare.html. I find it "extremist" to turn a blind eye to the evil crimes of the rich and famous, to the brutality of Zionist thugs in the and to bankers with more money than God squeezing yet more from the people. All the "mainstream centrist moderate" political parties in this country have done all those things; and there's no reason to think they're going to stop now. "If we despise the current political system, then surely it is better to find a political party that is proposing to change the system, than to simply abstain and actually increase the chances that things will stay pretty much exactly as they are." Mr Clark is breathtakingly naive here. I assumed Yorkshiremen were more worldly wise, taking into account that the recent history of has been shaped by the destruction of its coal mines and traditional heavy industries. For the reasons I have explained, we're never going vote in a government that will really propose change. Mr Clark ends with: "Whether you want to oppose the Westminster establishment... or oppose the political system... by submitting a spoiled ballot paper, it's really important that you make sure that you are registered to vote... to promote a form of protest that is completely indistinguishable from complete apathy beneath the work of someone who is passionate about political reform is deeply disrespectful." This sounds to me like incitement to support compulsory voting, a system some countries have including . Every citizen is required by law to enter a polling station and return a ballot or face prosecution. This draconian method of increasing electoral turnout has a nasty sting in its tail. It would mean that the "database state" would have to become a reality; every person registered and monitored by the system, see: http://hpanwo-voice.blogspot.co.uk/2014/12/young-people-and-1984.html. If this is what Mr Clark is insinuating then I humbly suggest that he reconsiders, seeing as he sites one of his influences as George Orwell, see: http://anotherangryvoice.blogspot.co.uk/p/about-author.html. I am one of these people who annoy Mr Clark so much, somebody who advises people not to vote in the upcoming general election. I advise this because democracy is a con. If we could change things by voting they wouldn't let us do it. "The men in grey suits" decide everything and democracy is nothing more than our hard-won right to put a cross on a piece of paper every few years and choose our government's public relations officer. Real change, a genuinely better world, will only come about when the people accept that fact and act on it. In the meantime nothing can be achieved by rising to their bait and playing their game.
See here for more details: http://hpanwo-voice.blogspot.co.uk/2015/03/vote-for-deek-jackson.html.
And: http://hpanwo-voice.blogspot.co.uk/2015/01/politicians-new-year-message.html.
Posted by Ben Emlyn-Jones at 18:21

Yes there are flaws within our democratic system, but what do you intend to replace it with? The answer surely lies in having better choices of parties, but how are they to come about if you don't intend to vote? Voting is the best system we have, and is also the answer to how we bring about changes. Not voting is a completely ineffective option. By voting you tell parties what are the issues for you, and you motivate them to gain or keep your vote.

Anonymous person 2 (i.e. different from the person above)
No, I don't think Anonymous DID miss the point, s/he's just asking what alternative you propose. But you don't respond to the question. Would you like to now, please?
At the moment it reads as if you'd replace the current system with some other form of governance that isn't democracy. What exactly do you have in mind?
If you ARE thinking of a democratic system, but one with different (less intrinsically corrupt) people, isn't that the "better choice of parties" that Anonymous alludes to?
Thanks

So, if I understand your article:
1) You propose not voting, because all political parties are objectionable. To vote is to endorse a system you find objectionable.
2) For Clark, not voting doesn't change anything. Thus, it is better (if at all possible) to vote for a political party that will change things for the better.

So, can I ask:
If you disapprove so much of the current political system, how do you propose to make any changes?

I'm sympathetic to your argument that the political parties are very similar and thus voting has little power to make change. But what are you recommending? Historically, precedent for drastic political change is through violent revolution.

Where Clark constructs reasoned arguments, you make statements based around cliche (rising to the bait, playing the game, the men in grey suits - what you actually mean by all this?) without evidence, mixed with personal belief.

Overall, your points are not as well argued as Clark's.

Thanks for your detailed comment, Gemma. I disagree, I think my points are more well-argued than our angry Yorkshire friend's are.

The only proposition I have, at the present, to make real changes is to expose the shadow government power structures operating behind the scenes. Nothing productive, in the long term, can be done until that is accomplished. The "men in grey suits" only became a cliche after a journalist reported a politician saying it during the coup... yes, that's what it was... that dismissed Margaret Thatcher from office. I did not use the other cliche statements you list in this article. The path politics will go after that is difficult to speculate on because our society is so intertwined with the power behind the throne. However if you're interested I have written a fictional story in which that eventuality actually happens. It's called "Roswell Rising- a Novel of Disclosure" (Available at all good bookshops now ;-) )

I think Mr Clark DOES get close to support for compulsory voting. This was a fairly blunt implication for what he was saying in my view.