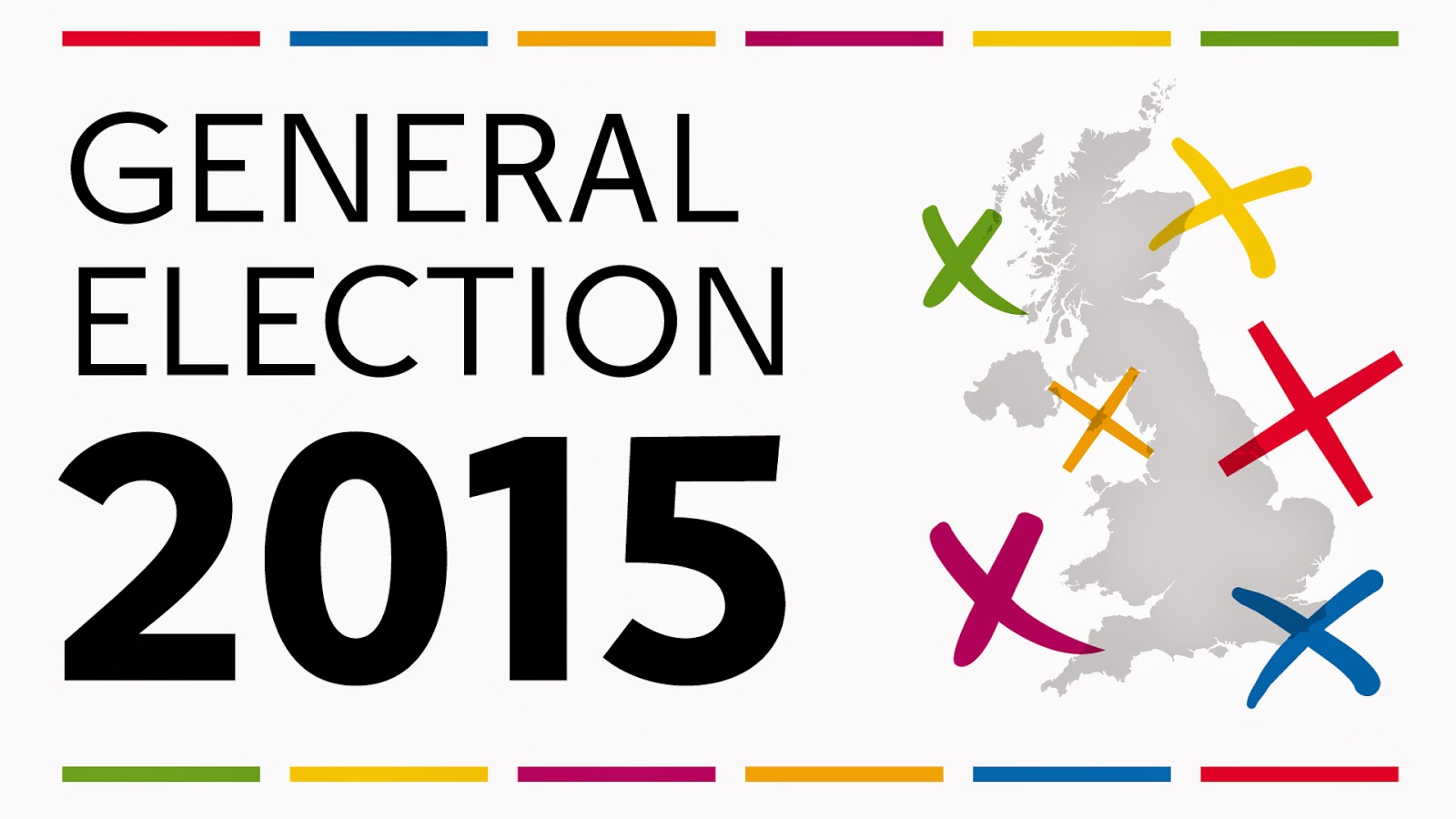 I will not be voting in the upcoming general election. As regular HPANWO-readers will know, I believe democracy is a con. Democracy is one of the biggest buzz-words in the English language; it is loaded down like no other with emotional, cultural and political baggage. Wars have been fought over democracy which have cost the lives of millions. Some people will start weeping at the very mention of the word. The quest for democracy has produced some of the most dramatic tales in history, from the Chartists to the Suffragettes to Mandela. Yet most democratic countries, even very old democracies, are suffering from a malaise. Democratic governments have a major credibility problem in their relationship with their citizens; some political leaders even have approval ratings in single figures. Cynicism is endemic and electoral turnout is low. Citizens also will vote often for negative reasons instead of positive; they’ll vote for somebody they don’t like in order to keep somebody they like even less out of office, rather than to try and elect somebody they do like. Democratic countries today are ruled by some of the most loathsome people imaginable; cruel, cowardly, weak, gutless, heartless, stupid, selfish and deceitful. Despite the fact that nominally we can “choose our leaders”, these kinds of people always rise to the top and nobody seems to know why, let alone how to stop them. This malaise is growing. For a long time in , certainly during my entire lifetime, elections have consisted of a simple port and starboard watch between two political parties, Labour and Conservative, just swapping office every few years. The principle third party has been various splinter cells of the old Liberal Party; for the last decade or two it has been called the Liberal Democrats. It traditionally gets about fifteen percent of the vote and has a dozen or so Parliamentary seats. However this has now changed. In the 2010 election, for the first time in many years, neither main party achieved an electoral majority and so we had a "hung parliament"; therefore the Tories proposed an alliance with the Lib Dems and they formed a coalition government. The upcoming election this year will therefore be more interesting... or at least slightly less boring... than the previous ones. None of the Lib-Lab-Con triumvirate will be in government on their own after the election, or in the same combination that they were before. So when the BBC held a live TV debate, there were a few extra faces on the panel; Natalie Bennett of the Green Party, Nigel Farage of UKIP, Nicola "big fish" Sturgeon, first minister of Scotland and leader of the SNP and Leanne "Bach" Wood of Plaid Cymru, see: https://www.youtube.com/watch?v=7Sv2AOQBd_s. The Ulster Unionists, socialists and others have demanded to know why they were not invited; which shows how chaotic the situation is. It seems that nobody can predict what will happen on May the 7th... at least nobody willing to comment in public. This does not mean that the "men in grey suits" have neglected to make arrangements for who will be living at Number Ten on May the 8th, just that it's not as obvious as usual, and there is more potential for slip-ups in their plot. The media is being as unprofessional as always. I've been disgusted at the way the Greens' Natalie Bennett and Caroline Lucas have been treated during interviews; the host keeps interrupting and baiting them, see: https://www.youtube.com/watch?v=32aqb167NkE. I'm not a Green Party supporter, but some of their ideas are genuinely progressive, like Basic Income, see: http://hpanwo.blogspot.co.uk/2008/05/basic-income.html. Obviously these have to be shut down. I'm in two minds over UKIP too, see: http://hpanwo-voice.blogspot.co.uk/2013/09/is-ukip-on-our-side.html.

There's been a lot of talk lately about Labour forming a coalition with the Scottish National Party. This would be a turn up for the books because would have jurisdiction over what is decided in for the first time since the reign of King James I. We'd then have Ed Miliband, the Fabian Society boy wonder, as prime minister. His deputy would be Nicola Sturgeon or Bilderberg Group attendee Alex Salmond. The Conservative defence secretary made waves a few days ago claiming that Miliband would offer the SNP a deal by axing Trident; the Scottish nationalists are totally opposed to Trident (so am I, see: http://hpanwo-voice.blogspot.co.uk/2013/07/replacing-trident.html). Ed "Millipede" has denied this and claimed: "National security is too valuable to play politics with!", see: http://www.bbc.co.uk/news/election-2015-32229759. However, I have a feeling Labour will end up offering the SNP a bargaining chip; but it won't be Trident, it will be another independence referendum, see: http://hpanwo-tv.blogspot.co.uk/2014/09/people-of-scotland-please-vote-no-i.html. Sturgeon and Salmond will hang their hopes on a "YES" vote this time and then get rid of Trident from anyway. However the last referendum was rigged, see: https://www.youtube.com/watch?v=LbJif7vISQg. What's to prevent that happening again? Remember elections are not independently monitored, unlike those in new and fragile democracies. We never think that electoral fraud could happen here, but it can and it does. 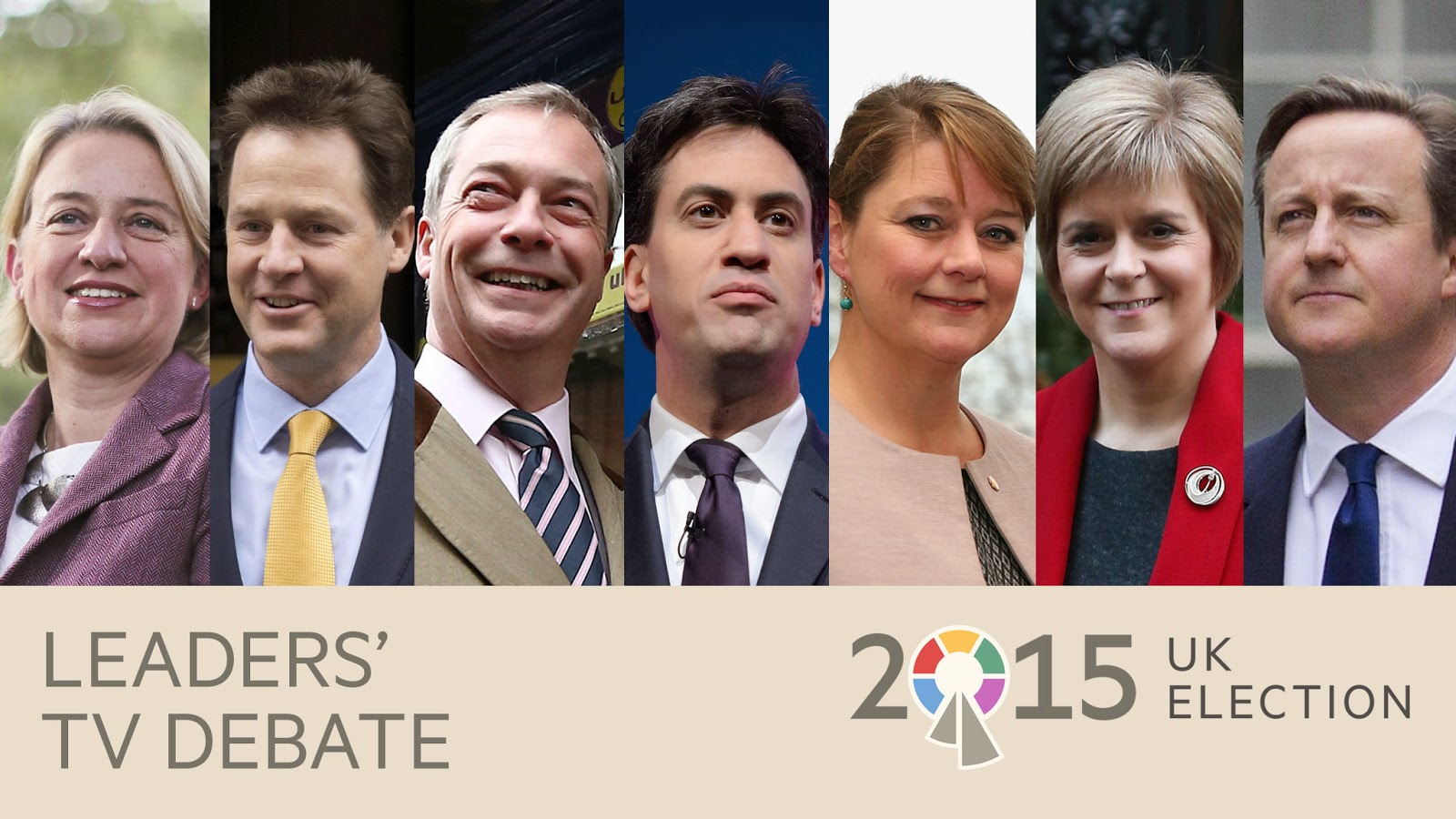 Whatever happens at the general election next month, nothing fundamental or important will change. Organized child abuse will still continue, bankers will not stop squeezing the nation dry, the forests will continue to be felled and genetically modified food will still be stocked, unlabelled, on supermarket shelves. I had a rather frustrating telephone conversation a few weeks ago with some friends of mine who have decided to vote UKIP because they so badly wanted to get out of the European Union. I also think our country should exit the EU, immediately and completely. However I'm not going to vote for what looks to me like a controlled populist front. Farage offers a referendum on the EU when we should not be able to vote on it at all. This is because the 's entry into the EU was an act of treason. You can't have a referendum on treason. You just tear up the membership papers and jail those responsible. One of my friends asked me: "Who are you going to vote for then?" and I replied "Nobody". He then said: "If you don't vote then you've got no right to an opinion." I was dumbfounded. This is coming from a man who has read three David Icke books and regularly attends conspiratorial conferences like Probe and Alternative View. I asked him: "So let's suppose UKIP win the general election and Nigel Farage becomes Prime Minister; what do you think will happen? Do you really think that the 'Men in Grey Suits' will shrug and say: 'OK, well that's our trick rumbled then. We'd better bow to the will of the people'.?" He evaded the question. Luckily most other people in the Conspirasphere are more clued up than my friend. If we could change things by voting they wouldn't let us do it. Indeed the MP Chris Mullin has written a fictional political novel called A Very British Coup which explains this concept. It was adapted into a TV miniseries, see: http://www.channel4.com/programmes/a-very-british-coup/on-demand/1867-001. No genuine improvement will come into our lives until this reality is exposed and dealt with. "The men in grey suits" decide everything and democracy is nothing more than our hard-won right to put a cross on a piece of paper every few years and choose our government's public relations officer.
See here for more details: http://hpanwo-voice.blogspot.co.uk/2015/03/vote-for-deek-jackson.html.
And: http://hpanwo-voice.blogspot.co.uk/2015/01/politicians-new-year-message.html.
Posted by Ben Emlyn-Jones at 18:34

Hi Ben. Thought a lot about this today my friend, decisive article.

Cheers, X. Makjes me wonder what will happen. However I'm more interested in the Roswell Slides happening two days earlier!