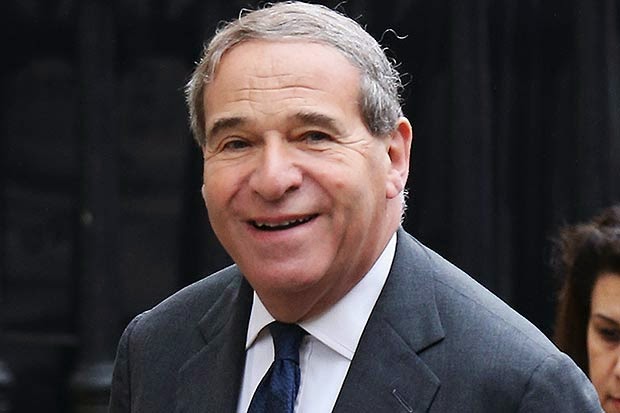 The former Home Secretary Leon Lord Brittan has died at the age of seventy-five. The Conservative peer served in Margaret Thatcher's cabinet from her election in 1979 until 1986 when he resigned over a scandal related to the defence contractor . However I believe that the Westland Affair was a triviality compared to other matters that have come to light in more recent years. As I detail in the background links below, Geoffrey Dickens MP, now also dead, handed Brittan a dossier containing the names of MP's allegedly involved in the organized sexual abuse of children. He naturally trusted the Home Secretary to take action because he is the minister responsible for law and order, but Brittan never did. In fact it wasn't until 2013 that the British government made any formal statement on the issue. Brittan's death comes shortly after a story announcing that the supposed "independent inquiry" into Dickens' accusations will once again be delayed due to a public statement made by the former chair of the investigation... the second former chair that is... Baroness Butler-Sloss, see: http://www.bbc.co.uk/news/uk-30640879. The principle witness to the investigation... should it ever happen... would naturally be Lord Brittan. Now of course that will not be an option. He has taken whatever secrets he knew to his grave. So is there anything suspicious about Leon Brittan's death? Was he killed because, to coin a phrase, he knew too much? It's impossible to prove. People do just die, in fact everybody does at some point. Brittan was in his mid seventies and had been suffering from cancer. It's similar with Robin Cook, Tony Blair's Foreign Secretary who resigned in protest over the 2003 invasion of . Shortly afterwards he went out for a walk and died of a heart attack. Should that worry us? After all he was almost sixty and heart disease is the most common cause of death for men of his age group? There is no direct evidence of foul play in either Cook's case of Brittan's. However the timing of their demise was very opportune in both instances. There are people breathing a huge sigh of relief right now because Leon Brittan is dead. They've been extremely fortunate; if these really are powerful and influential people, would they really be satisfied to leave such serendipity to Lady Luck? What do you think would hold them back from assassinating Brittan? Morals? There was also a curious turn of events in which Brittan was recently questioned by the police over an incident that took place in 1967. A woman came forward and accused Brittan of raping her at an address in , see the background links below. Again, is that just pure coincidence? There is no answer at this point; we only have speculation based on the convenient nature of this turn of events. However it's perfectly possible that Leon Lord Brittan was murdered; there are plenty of people with the means, motive and opportunity.
See here for important background: http://hpanwo-voice.blogspot.co.uk/2014/11/still-no-mr-fixit-for-child-abuse.html.
And: http://hpanwo-voice.blogspot.co.uk/2014/07/brittan-warned.html.
And: http://hpanwo-radio.blogspot.co.uk/2014/11/programme-112-podcast-brian-clare.html.
Posted by Ben Emlyn-Jones at 18:47

Hi Ben,
There is of course the distinct possibility that Brittan is not dead but has been given an escape route (?Israel) by his establishment connections or friends, and this in my opinion, is far more likely.
When Brittan left his position at UBS in October 2014, there was no mention of illness, merely the pressure being brought to bare by Labour MP Simon Danczuk
http://www.exaronews.com/articles/5385/leon-brittan-leaves-vice-chairman-job-at-ubs-investment-bank
I suspect he is currently playing bar skittles with Lord Mcalpine, or possibly boules with the cast and crew of Charlie Hebdo, high fives all round and p**sing themselves laughing.

Hi Neil. That's perfectly possible. I'm in touch with Brian Clare. He's not heard from Danczuk for a bit, but I know he's still on the case. People can earn favours, including public "deaths" when it suits them.